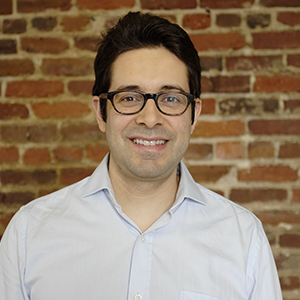 Pablo Estrada is the Vice President of Marketing at Dedrone. Dedrone is the market and technology leader in airspace security. The Dedrone platform combines hardware sensors and machine-learning software, providing early warning, classification of, and mitigation against all drone threats. Based in San Francisco, Dedrone was founded in 2014.

How drone detection will protect cyber security in 2018

Over the past year, there was an unprecedented rise in drone incidents. Drones were unwelcome at and threatening the physical and cybersecurity of defence organisations, stadiums, corporations, and data centres, among organisations with critical infrastructure. Legislation is only just emerging now, and laws protecting airspace are hard to enforce, especially if a pilot is unaware of the risks of their flight or is flying with malicious intent. Laws can be circumvented, but detection technology cannot. Cybersecurity, cyberterrorism and hacking Dedrone is watching closely incidents related to cybersecurity, cyberterrorism, and hacking. In 2018, cybersecurity threats will advance and become more prevalent due to drones using hacking software, and their ability to swiftly infiltrate sensitive airspace. They are small, quiet, and capable of carrying heavy payloads over fences and right next to structures—including devices to sniff networks, intercept data, disrupt communications, or even hack into servers. The winners of 2018 will be those who recognise and get ahead of these drone threats. One thing all corporations and data centres share is vulnerable airspace, and drones are being designed to pinpoint sensitive information like PIN numbers, identify and follow targets to observe security gaps, and accurately detect and manipulate vulnerable networks. There’s no such thing as a fence in the sky, and proactive solutions exist today to prevent airspace threats from rogue drones. Airspace security solution Dedrone has remained at the front of this issue in 2017, integrating installations to military bases, stadiums, public events, private individuals. We expanded our operations to include a new office in Washington, D.C, and released our next-generation software, DroneTracker 3. DroneTracker is the industry’s first airspace security solution that includes automated summary reporting for instant diagnosis of drone airspace activity. Ultimately, airspace security cannot exist without accurate detection technology. Proactive drone detection is used as a diagnostic tool, building intelligence around the scope and problem by auditing airspace, and then feeding back information into security processes.