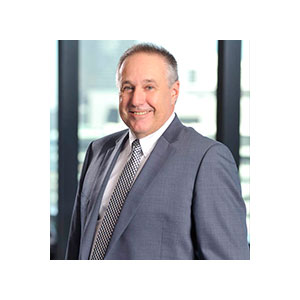 Mike Barber has over 37 years’ experience in both the private and public sectors. For the last 20 years of his career, Mike has been actively involved in the IT Services industry holding account, sales and senior management roles with companies including EDS, HP and CSG. Mike joined NEC in 2012 with its acquisition of the Technology Solutions Division of CSG. His qualifications include a Bachelor of Business (MIS); Associate Diploma in Computer Applications and a Business Certificate in Accounting. He is also a Graduate of the Australian Institute of Company Directors.

The strength of NEC's NeoFace technology lies in its tolerance of poor quality images and surveillance video NEC Australia, a technology services company, together with NEC Corporation announces that it has been selected to deliver South Australia Police's facial recognition system, its latest weapon against crime in the state to support forensic, investigative and front-line policing operations. The facial recognition technology will help South Australia Police (SAPOL) solve crimes faster, apprehend criminals earlier, and assist with criminal investigations, including searching for missing persons more efficiently. SAPOL expects the system to contribute to a safer community. NeoFace The turnkey system delivered by NEC Australia is based on NEC's internationally acclaimed NeoFace facial recognition software, featuring NEC's facial recognition algorithm which has been recognised as providing the world's highest authentication accuracy and speed(1). The technology enables police to monitor, scan, detect and search images of suspects, even poor quality photographs and video streams, for matches against mugshot databases. "The strength of NEC's NeoFace technology lies in its tolerance of poor quality images and surveillance video, which allows law enforcement authorities to use evidence previously considered of little or no value in order to achieve higher rates of identification," said Mike Barber, Chief Operating Officer of NEC Australia. NEC Australia's in-country Research and Development team based in Melbourne is working closely with SAPOL to develop applications using NEC's world leading facial biometrics technology that meet the SAPOL operational requirements. Powerful investigative tool The facial recognition system offers SAPOL a powerful investigative tool that is integrated with other biometric technologies and core policing systems. NEC's finger scanning and facial recognition technology have been implemented in over 70 countries around the globe to support customers that include law enforcement agencies and large enterprises. The successful deployment with SAPOL demonstrates NEC Australia's commitment to deliver a safer, more secure and sustainable society by leveraging its internationally recognised technologies in traditional IT, smart infrastructure, communications, and public safety. Save