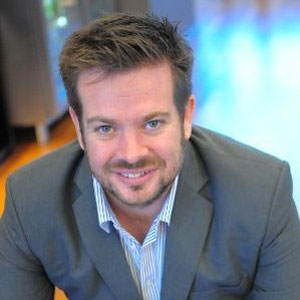 Michael Wilton is the Exhibition Director at Mack Brooks Exhibition. He is experienced exhibition organiser, delivering market leading international trade shows around the world, in various different industries including, rail, airports, converting, textiles, waste management, cardboard & corrugated and fastening. Currently based in Bangkok developing a regional office in SE Asia including the hiring and development of a team comprising of multiple nationalities, to organise and launch new exhibitions and associated events throughout the region. In addition to managing a team in the UK delivering international exhibitions in London and Birmingham. He is responsible for delivering and developing international exhibitions across varying industries, in the UK and South East Asia.

The 2017 edition will provide a wider range of airport equipment, technology, security, design, and service providers than ever before Organisers of South East Asia’s leading and largest event for airport professionals – inter airport – have announced the 5th edition of the South East Asian show will take place at Singapore Expo from the 15-17 February 2017. 2017 edition to be larger and busier After a successful return to the region in January 2015, which saw over 3,000 airport professionals attend, the 2017 edition is already set to be larger and busier than ever before. In addition to previous exhibitors already requesting either the same or larger space at the event, inter airport will also feature more co-located events through activities that will feature conferences, seminars, and training sessions. inter airport continues to enjoy strong regional support from local bodies including the Civil Aviation Authority of Singapore (CAAS) and the Singapore Tourism Board (STB); as well as the international support from associations around the world including the German Airport Technology & Equipment Association (GATE) and the British Airports Services and Equipment Association (BASEA) “GATE are delighted to return to Singapore in 2017 and are looking forward to arranging a pavilion for German suppliers at the exhibition. The feedback from suppliers at the 2015 event was very positive and we look forward to representing German airport equipment suppliers again at the 2017 edition,” says Dieter Heinz – President of GATE Co-located events confirmed One of the co-located events already confirmed to take place in 2017 is the highly regarded Smart Airports - South East Asia Conference, which will attract globally renowned speakers and senior airport managers from across the region. Jonathan Lee, Managing Director of Aviation Media comments, “After a successful debut alongside inter airport South East Asia 2015, Smart Airport will again return and deliver world leading content to delegates across South East Asia during the event.” South East Asia’s leading media outlet for airport cargo, Payload Asia, have also confirmed their support to inter airport and will be working closely with the organisers to ensure the educational content at the event meets the requirements of the region. Chief Executive Officer for Contineo Media Pte Ltd., Raymond Wong remarks, "Payload Asia will once again support inter airport South East Asia to connect international airport equipment and service providers with buyers in this region together." Exhibition Director for organisers Mack Brooks Exhibitions, Michael Wilton explains, “inter airport has the track record and history in displaying the world’s leading suppliers and technologies available in the market. The 2015 event enabled those responsible for the creation, upgrading, maintenance, and development of airports across the region in order to meet, learn, discuss, and discover the very best solutions to their demands. The 2017 edition will be larger and provide a wider range of airport equipment, technology, security, design, and service providers than ever before.” Growth projects Capacities at airports across SE Asia are stretched as demand for air travel in the region rises. Airport expansions across the region are a common reaction to the demand. Amongst others, growth projects include; Indonesia’s USD 5.4 billion budget to develop airports around the country over the next five years, Malaysia’s plans to expand Penang International Airport and Langkawi International Airport, Philippines’ potential USD 338 million development project of Manila’s Ninoy Aquino International Airport, Thailand’s plan to expand the Navy-owned U-Tapao Rayong-Pattaya International Airport, and Vietnam’s USD 5.6 billion first stage development project of Long Thanh International Airport. inter airport South East Asia is at the right time to answer all the industry’s needs. Wilton continues, “With over a year and a half to the show we are delighted by the response from the industry for inter airport South East Asia 2017. Suppliers of airport equipment are encouraged to contact the team as early as possible. Requests for space are being taken and will be allocated in the best possible position with the hall.”