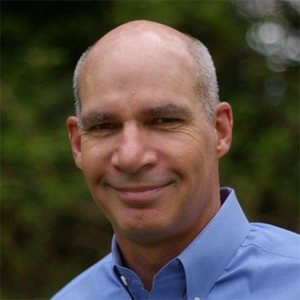 Smart home solutions powered by Z-Wave have been recently introduced by Home Depot Z-Wave, the world's most broadly adopted wireless protocol for smart home control, is experiencing a surge of market expansion as a result of new products and systems brought to consumers by several of America's largest retailers.   Smart home solutions powered by Z-Wave have been recently introduced by Home Depot, the world's largest home improvement retailer; Lowes, the world's second largest home improvement retailer; and Staples, the largest brick and mortar chain of office supplies, and third leading online retailer in the U.S. While many Z-Wave products have long been available at retail stores and online, the power of these retail leaders is making Z-Wave technology into a household name. Among the most recent of these introductions is Wink, a new smart home system offered by Home Depot, developed in collaboration between General Electric and Quirky, a leader in novel manufacturing techniques, including 3D printing. Because Wink supports the Z-Wave protocol, which offers cross-brand interoperability, Home Depot, the largest home improvement chain in the U.S., will now be providing consumers with a selection of Z-Wave devices, from a variety of leading brands, that will all work together seamlessly with the Wink system. Similarly, office-supply giant Staples, which released its own Staples Connect home and office automation platform in November 2013, recently expanded the system with additional hardware partners, and a broad retail rollout to over 500 stores nationwide. Like Wink, the Staples Connect Hub supports Z-Wave and works with certified Z-Wave products, including door locks, lighting controls, thermostats, sensors and the new Z-Wave smoke detector from First Alert. Together, these products would comprise a typical Staples Connect bundle. Z-Wave smart home solutions are now also offered by the Lowes home improvement chain (more than 1750 total stores in all 50 states) through the company's Iris home control platform. The Lowes Iris system is the first smart home system to offer an intelligent garage controller: Linear’s GD00Z, the first UL-compliant Z-Wave controller for legacy garage-door openers. According to Mark Walters, Chairman of the Z-Wave Alliance, the growing in-store presence of smart home products is a testament to Z-Wave's overall market impact. "Z-Wave is clearly fuelling growth in the smart home sector," says Walters. "Established retailers like Home Depot, Lowes, Staples, and Amazon are finding out what companies like; ADT, Nexia, Vivint, AT&T and many others already know; that most consumers surveyed would like to have smart home conveniences, especially when they are as easy and acce "That's 300 companies offering all types of Z-Wave products and services for the smart home, currently over 1,100 choices, and growing" ssible as Z-Wave.  Whether purchased through retailers, service providers or security installers, Z-Wave control, with its combination of simplicity, power and choice, is what consumers are asking for."  Z-Wave technology is not only a technical underpinning of the aforementioned market leaders in the smart home space; it is also the driving force in new home control start-ups that have captured the imagination of consumers and the technology world. Recent examples include crowd-sourced companies like SmartThings, newly acquired by Samsung Electronics, and Piper, recently acquired by iControl Networks. These consumer-friendly smart home systems, along with those from WeBee, Cloud Media, Revolv, and many others, have been able to get to market and succeed through the ease of entry and broad existing ecosystem offered by Z-Wave technology.    That ecosystem continues to expand, as the Z-Wave Alliance has just welcomed its 300th member. "That's 300 companies offering all types of Z-Wave products and services for the smart home, currently over 1,100 choices, and growing," says Walters. "Future-proof is a major selling point for consumers and installers alike, and thanks to Z-Wave's extensive compatibilities, new Z-Wave products will always work with Z-Wave products that are already in place." Walters sees Z-Wave's growing retail presence organically building the technology's brand-name recognition. "Consumers have started asking for Z-Wave by name, and increasingly associate Z-Wave with smart devices, the way that Intel was associated with PCs in their era," he says. "Few people had any idea what was inside their computers until the 'Intel Inside' marketing campaign highlighted exactly what was powering these devices.  As the smart home market continues to expand through mainstream retail channels, consumers will become more aware of the various platforms available. We expect that Z-Wave, based on its performance, features, and wide range of choices, will continue to be the name they look for." Z-Wave's low energyconsumption allows sensorsand other battery-operateddevices reliable performancebetween battery changes Since its introduction to the market in 2003, Z-Wave has been the wireless technology of choice for the residential and commercial security markets. Z-Wave is the technology used by all major home security providers for lighting, locks and thermostats. Z-Wave technology also enjoys extensive presence in hospitality industry, home and commercial energy management, as well as solutions for the growing senior monitoring sector. Adopted by over 300 worldwide market leaders, Z-Wave is fully interoperable between all brands and is fully backward-compatible between versions.   Because it operates in the sub-GHz band, Z-Wave control experiences no 2.4 GHz interference, and because it is a mesh-networking technology, operating range is expanded with every device in the network. Z-Wave's industry-leading low energy consumption allows sensors and other battery-operated devices the longest, most reliable performance between battery changes. 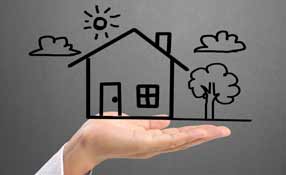 “Lifestyle services” become the norm with home security: One of the trends driving growth in the home security market is the concept of “lifestyle services”.  Home security systems today can offer new benefits and features that go beyond protection to also encompass convenience. All the home security companies are now embracing ways they can expand system functionality to enhance their customer’s safety as well as lifestyle. Examples include the ability to lock a door, adjust a thermostat or turn lights on or off from miles away using an iPad. As household items like appliances get more intelligent and better able to communicate, they will also be brought into the new smarter, more convenient ecosystem of home automation. Mark Walters, Z-Wave Alliance chairman, says greater convenience features are having a positive impact on the home security market – he estimates a 4 to 7 percent jump in North American homes that have monitored security systems in the last several years. Z-Wave is a radio frequency (RF) communication and product-level interoperability technology that enables wireless networking of devices in the home. Z-Wave technology is powering much of the home automation capabilities now and in the future. Developments such as Bluetooth 2.0 are also contributing to the flexibility of home automation systems. Walters says the lifestyle services trend began with the introduction of the Schlage LiNK wireless lock, which captured consumers’ imaginations by promoting the ability to lock and unlock a door from across the country. The enthusiasm led more and more security companies to offer lifestyle services through the alarm panel. That’s where we are today with security and alarm companies well positioned to take advantage of the explosion in home automation. Self-monitoring grows but professional security monitoring still preferred Steve Shapiro, ADT’s Vice President of Industry Relations, says self-monitored solutions are not new – they have been around 10 years Technology has also increased the number of people who “self-monitor” their homes, using networked alarms and locks that send signals to their smart phones, computers or tablets. However, Walters notes that most of the people opting to self-monitor are new customers. He says, in general, their numbers are not being taken away from the rolls of monitoring companies – hence the continuing growth. “As we grow this new category called self-monitoring, alongside that we can also expand the monitoring market,” he says. “Security companies that provide a monitored solution have to compete with self-monitored solutions, but overall they see their business expanding.” Steve Shapiro, ADT’s Vice President of Industry Relations, says self-monitored solutions are not new – they have been around 10 years although the technology has changed and self-monitoring is getting more “press” today. He says the market has demonstrated its preference overall for monitored solutions. “Do-it-yourself solutions have come and gone, and there will always be a market,” he says. “But the data overwhelmingly supports the fact that the professionally monitored market is much larger.”