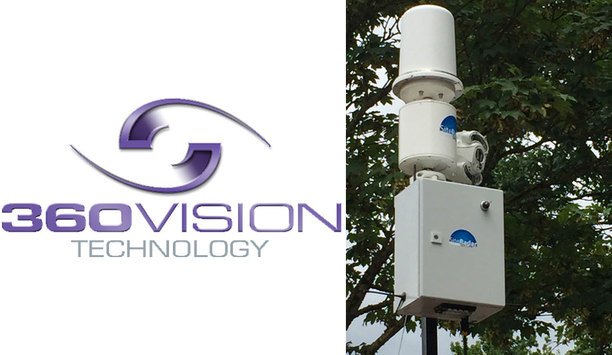 Ogier’s radar-based threat detector has a coverage area up to 125,000 square metres Promoting their ethos of establishing close technical working partnerships with other leading companies in the security industry, leading UK CCTV design and manufacturing company, 360 Vision Technology, has supported Ogier Electronics to develop simple integration of the 360 Vision analogue and HD/Hybrid camera range into the Ogier Scan-360. Providing detection of humans and vehicles, Ogier’s Scan-360 is a low cost, radar-based threat detector with an operational coverage of up to 125,000 square metres. On detection, the Scan-360 skews a PTZ surveillance camera to the target location and provides an alert to the control room. Furthermore, the Scan-360 robust perimeter detection system is available for the cost of little more than a standard PTZ camera. Scan-360 threat detector Initially designed to satisfy the requirements of Europe and the Middle East, currently, Scan-360 is used in many varied applications across the world. Cameras from the 360 Vision Technology range can be instantly integrated into the Scan-360 system, or specified as a standalone unit that will include an analogue or HD/Hybrid 360 Vision Predator or Centurion PTZ camera built-in—ready for rapid deployment and instant radar coverage. "Since its launch, the Scan-360has continued development to enhance its performance in both range and detection" This ongoing technical partnership between the leading UK-based technology manufacturers has resulted in simple product set-up, trouble-free integration, and situation awareness performance advantages suitable for deployment within a broad mix of general and high-security applications. Asset protection “Since its launch, the Scan-360 has continued development to enhance its performance in both range and detection, and now represents a highly reliable perimeter intruder detection device suitable for a wide range of applications, including critical infrastructure and asset protection,” say Mark Rainbow, Marketing Director at Ogier Electronics. “Thanks to our close working partnership with 360 Vision Technology, we’ve successfully integrated a number of 360 Vision’s analogue and HD/Hybrid PTZ cameras, to allow either Camera Control on Target Detect (CCTD) or Alarm on Target Detect (ATD) capability using the Scan-360.” Save

Ogier and Vemotion have been working together for the last six months to integrate the Scan-360 with its remote technology capability Wireless transmission technology specialist’s Vemotion and Ogier Electronics have recently announced a partnership. The move will now see the Thirsk based company assist Ogier to deliver an exciting 3G/4G transmission addition to Ogier’s new all weather, multi-terrain threat detection radar system known as Scan-360. Designed as a low cost radar based threat detection system for commercial and military applications, Scan-360 was initially launched in 2014 to satisfy the immediate requirement of Europe and the Middle East. A more powerful, all-encompassing version will be launched later this year and worldwide distribution will follow in 2017. To extend Scan-360 into areas where its microwave line of sight technology is impractical, 3G and 4G capability is necessary, which has led to a partnership with Vemotion to provide an integrated solution. “As a microwave radar based perimeter protection system, Scan-360 has met with great success but we were keen to offer a holistic solution so the system could be used in multiple applications,” said Mark Rainbow, Marketing Director of Ogier Electronics. “A mutual third party introduced us to Vemotion and together we have integrated their 3G and 4G functionality into our system which now gives Scan-360 the all-round remote capability we were looking for.” Based in St. Albans, Ogier and Vemotion have been working together for the last six months to integrate the Scan-360 with Vemotion’s remote technology capability. Vemotion’s innovative wireless video transmission know-how can deliver live CCTV footage from almost any remote location. The technology means that CCTV cameras can be set up in isolated areas and transmit images back to a command centre anywhere in the world and what is more, doesn’t rely on a fast broadband connection to do so. “We were delighted to be able to help Ogier electronics with Scan-360 and we are now looking at other areas in which we can help one another as part of our developing relationship,” said Stewart McCone, Managing Director of Vemotion. “Ogier also provide mobile video solutions and fully integrated control room facilities and where Ogier need more traditional solutions, Vemotion can help.” The partnership between Vemotion and Ogier has developed to such an extent that Ogier have agreed to represent Vemotion the company’s products at several forthcoming trade shows. This will include Securex in Lagos, Nigeria on 24-26 March. Scan-360 is priced for commercial, but is being used across the board in a wide range of sectors. Its rapid deployment capability makes it perfect for both blue light and military applications and with Vemotion technology now available as standard, perfect for remote operation.