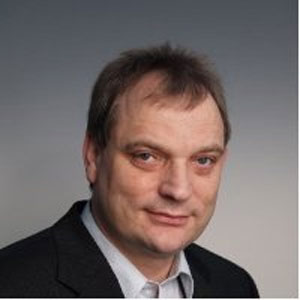 The global gathering at the three-day event is as impressive as ever, reinforced by 14 country pavilions The global significance of the Middle East’s security and safety market has been underlined by top German and US companies leading a large turnout of international exhibitors at Intersec 2016 next month. The 18th edition of Intersec, the world’s leading trade show for security, safety, and fire protection, will feature more than 1,200 exhibitors from 54 countries when it opens from 17-19 January 2016 at the Dubai International Convention and Exhibition Centre. Record exhibitors from US and Germany With 82 per cent of exhibitors based outside of the UAE, the global gathering at the three-day event is as impressive as ever, reinforced by 14 country pavilions from Canada, China, Germany, Hong Kong, Italy, Korea, Pakistan, Singapore, Taiwan, UK,  USA, and for the first time, France, the Czech Republic, and India. Much of the attention will fall on leading security and fire-related solutions providers from the USA and Germany, where 145 exhibitors from the two countries will cover 2,550sqm of exhibition space.  A total of 72 German exhibitors – including 58 at the government-backed German Pavilion, and 14 stand-alone exhibitors – will be headed by big names such as CCTV providers Bosch Security Systems and Grundig; access control specialists SimonsVoss; IT security provider G-Data; fire extinguisher manufacturers Doeka and Viking; and Haix, a manufacturer of safety shoes. Grundig Security Grundig Security (ASP AG) will showcase its latest range of 4K Ultra High Definition and full HD TVI (Transport Video Interface) cameras and recorders at Intersec 2016, along with its ultra-low light performance cameras and IP (Internet Protocol) video range. The video security solutions provider has been involved in a number of Middle East projects, including the installation in 2015 of a CCTV security system at the UAE National Archives.  Grundig IP cameras are also providing 24/7 surveillance for the ongoing construction of the 14.6km US$1.25 billion Eurasia Tunnel connecting the European and Asian sides of Istanbul under the Bosphorus Strait. Ludwig Bergschneider, CEO of Grundig Security, said: “Grundig Security offers advanced video security solutions for professional installers and integrators across a vast range of industries, from airports, oil & gas, transportation and government, to banks, retail and hospitality. “TVI and 4K technology, along with Video Management Systems (VMS) are having a big impact in the Middle East and African market, and we anticipate a significant amount of interest in our products at Intersec 2016, where we can stay in contact with our customers, understand their needs, and provide them with ideal solutions.” Increase in USA participation Meanwhile, the USA participation at Intersec 2016 has increased by 28 per cent year-on-year, with 73 exhibitors spanning 1,300sqm of exhibition space, indicating the strong interest in the Middle East by major USA commercial security and fire protection industry players. The 31 USA Pavilion exhibitors and 42 stand-alone exhibitors are spearheaded by Fire & Rescue companies Task Force Tips, Kidde Fenwal, and the National Fire Protection Association (NFPA).  Code 3, a manufacturer of emergency vehicle lights and sirens, is the USA Commercial Pavilion Anchor. Greg Scott, General Manager of Code 3, said: “Intersec gives us the opportunity to meet with key decision makers from the Middle East market to discuss their needs, whether current or future.  Additionally, our participation gives us one-on-one time to showcase our latest products and discuss their application to fit each agency’s needs.” Elsewhere at the USA Pavilion, the NFPA will increase awareness about its educational and technical programmes dedicated to saving lives and reducing property loss throughout the Middle East and North Africa (MENA). “Our international offices, covering the MENA region, Asia/Pacific, Europe and Latin America, work to advance the use and adoption of NFPA codes and standards throughout their territories,” said Jim Pauley, President and CEO of the NFPA. Meeting point for public and private sectors “Intersec 2016 provides us the unique opportunity of meeting with stakeholders in both the public sector such as government officials and civil defence groups, as well as the private sector such as designers, installers, facility managers and consultants.” Intersec is organised by Messe Frankfurt Middle East, and focuses on the six core sections of Commercial Security; Information Security; Fire & Rescue; Safety & Health; Homeland Security & Policing; and for the first time in 2016, Smart Home & Building Automation. Ahmed Pauwels, CEO or Messe Frankfurt Middle East, said: “Safety and security, whether at the workplace, home, in cyberspace, or where people gather for leisure and entertainment, is of high priority today, especially with regard to the ever-evolving global security scenario.  The latest security products and solutions from leading international players will be on display at Intersec 2016, which can contribute to making the world a safer place for all.” New features at Intersec 2016 include a Safety Design in Buildings Pavilion at the Fire & Rescue Section, and a Jobs and Careers Pavilion, bringing thousands of safety and security professionals in touch with the right career opportunities. The annual showpiece event will also feature a dedicated series of industry conferences held in cooperation with the Dubai Police and Dubai Civil Defence; the Occupational Health & Safety Conference will take place on 17-18 January, while the Middle East Fire Conference and the Critical Infrastructure Security Conference will both take place on 18-19 January.