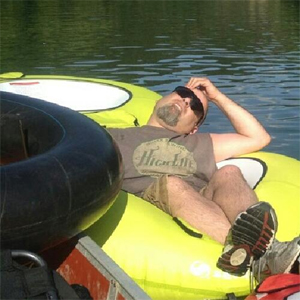 Lou Goldberg is the owner of Digital Protection Services, Inc.

AES mesh radio technology provides network stability with no telephone service, cabling, or generators needed AES Corporation, the leading supplier of global alarm communication products and services, kept all customer networks functioning during the largest snowstorm on record for several locations in the Eastern U.S. from January 22-24, 2016. AES-IntelliNet patented mesh radio technology kept customers protected while blizzard conditions impacted many states along the Southeast, Mid-Atlantic, and New England areas where public officials declared a state of emergency. Millions of people were affected by the severity of the storm due to thousands of cancelled flights, travel bans, ice and snow covered roads resulting in deaths and injuries, and coastal flooding. Schools, businesses, and government offices remained closed for a few days. The region struggled with heavy snowfall accumulations and in some cities broke historic records. Reliability of AES-IntelliNet network technology This crippling storm, referred to in the headlines as "Winter Storm Jonas" or "Snowzilla", has caused total economic losses in the range of $500 million and $3 billion for millions of residents due to interruption of business, loss of life, and property damage. This could have meant devastating losses to many alarm monitoring businesses, but success stories about the reliability of AES-IntelliNet technology are emerging from the hard hit region. Lou Goldberg, Owner of Digital Protection Services, Inc., stated, "Despite a lot of snow and wind, our AES-IntelliNet private network stayed strong even when public service providers were down. There were about 10,000 power outages in the area and some customers without phone lines. We didn't have one account go offline." Lou attributes his success story to the power of AES-IntelliNet and integrity of their network. With AES, his company is able to provide a rapid response and keep his customers happy. Digital Protection Services is a security company located in Glen Burnie, MD near Baltimore. Lou has been in the security industry for 25 years, his business has been an authorised AES Dealer since 2012 offering installation and service. Lou added, "I chose AES because they gave me an alternative means of alarm communication for my customers that's different than what competitors are offering." Peak network performance during severe weather & environmental conditions AES-IntelliNet networks are proven to withstand even the most challenging conditions such as earthquakes, floods, hurricanes, super storms and wild fires. When other traditional emergency communication networks fail during power and cellular outages, AES network radio signals keep operations running at peak performance. During the December 2008 ice storm of New England and upstate New York, electricity and cable lines were downed, but not installed AES-IntelliNet systems. Throughout the California wildfires in late 2007, as well as Hurricane Katrina and tropical cyclone Wilma in 2005, AES-IntelliNet alarm communication systems withstood the elements of those catastrophic events. AES-IntelliNet mesh radio technology provides network stability with no telephone service, cabling, or generators needed. AES private network owners and operators have complete control of services end-to-end without reliance on public service providers. Radio signals are not affected by floods or wildfires. To build a new network from the ground up or expand existing network, AES products and services are easy to install and easy to manage. Alarm dealers, installers, and first responders rely on AES-IntelliNet technology for the most reliable delivery of critical event signals with the fastest transmission speed available today.