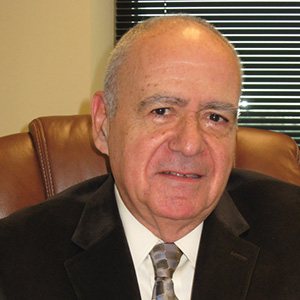 Lou Fiore is president of L.T. Fiore Inc, Sparta, N.J., a consulting practice that focuses on regulatory issues impacting security systems and the use of wireless and Internet technologies for alarm monitoring. He was president of Central Station Alarm Association from 1997 to 1999 and currently serves as Chairman of CSAA's Alarm Industry Communications Committee (AICC) and Standards Committee. 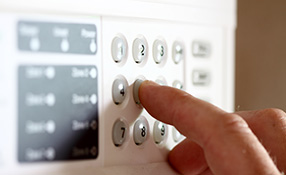 Improved alarm verification standards will help reduce the number of false dispatches of law enforcement officers The verification of alarms continues to progress with more affordable technology as well as an updated industry standard set for release as soon as the end of February 2016. The definition of alarm verification is getting a makeover in the standard, guided by a range of stakeholders including the security industry, law enforcement, associations and other interested groups whose overall mission is to quell false dispatches and make sure residential and commercial alarms are responded to quickly and effectively. The draft Central Station Alarm Association (CSAA)/American National Standards Institute (ANSI) Standard is prepared under direction of the Security Industry Standards Council: CSAA CS-V-01-20XX Alarm Confirmation, Verification and Notification Procedures (DRAFT, Version October 12, 2015). The standard has undergone the comment period and will be sent to ANSI, with its release coming as soon as the end of February, says Lou Fiore, Principal of LT Fiore Inc., Sparta, NewJersey. Fiore chairs the CSAA Standards Committee and also chairs the Alarm Industry Communications Committee (AICC). Fiore says alarm verification as defined in the standard involves video and audio. Confirmation is what the industry commonly refers as two-call verification, in which the central monitoring station contacts two responsible parties on the alarm user’s list before referring to authorities. “Now we have a much stronger standard and a better way to know there is a crime in progress,” Fiore says. “It’s critical to have a standard for alarm companies, and it helps reduce false alarms and increase captures.” (Hold up and panic alarms are generally excluded from verification requirements.) Adding video to the verification mix The topic of verification and especially video has become increasingly important as cities, towns and municipalities burdened with false alarm dispatches require some form of verification or threaten non-response. According to the Security Industry Alarm Coalition (SIAC), Frisco, Texas, fewer than 30 police agencies out of 18,000 have some form of verified response, and that’s because of proactive industry involvement. Ron Walters, Director of SIAC in West Hills, California., says the standard has been an important part of elevating the stature of the technology in the eyes of the industry, law enforcement and users. “It’s important to continue to tweak the definitions and educate people. I think video has found its niche. It’s not part of every alarm system yet, but it has a huge place in commercial specifications,” he says. Video is becoming increasingly integrated with alarm verification, as well as ‘two-call verification,’ in which the central monitoring station contacts two responsible parties on the alarm user’s list before referring to authorities  Improved indoor/outdoor video verification According to Keith Jentoft, President of Videofied-RSI Video Technologies Inc., Vadnais Heights, Minnesota, cameras have become much less expensive for both indoor and outdoor video verification applications. “There are two possibilities for video verification. Internet Protocol (IP) cameras, which are becoming cheaper and in which on-board analytics are becoming more common. The other option is Videofied. We are unique in that we don’t need a power cord. The monitoring is also becoming less expensive and with more options. For about $4 per month you can have outdoor monitoring,” he says. Jentoft, who is also the partnership liaison for Partnership for Priority Verified Alarm Response (PPVAR), Henderson, Nevada, adds that consumers are becoming more educated and alarm contractors more aggressive, leading their sales and marketing efforts with video verification. “They see it as a point of differentiation for their services,” Jentoft says. Complying with law enforcement standards The CSAA/ANSI draft standard has adopted the language of law enforcement, through the PPVAR and originally the Texas Police Chiefs Association, agreed upon: “Verified Alarm shall be defined as an electronic security system event in which a trained central station operator using a standardised protocol has determined the presence of humans and the high probability that a criminal offense is in progress.” In addition, it states: “A law enforcement agency having jurisdiction to respond to Verified Alarms has the autonomy and authority to increase the priority of Verified Alarm calls to increase the arrest of offenders and reduce property loss.” Jentoft says the most important thing about the standard is that it reflects the definition law enforcement embraces, instead of one created by the alarm industry.