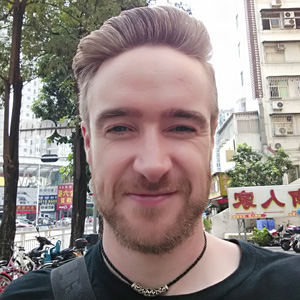 Originally from Northern Ireland, Liam has been in sales roles most of his career, mostly in the motor industry and financial industry. He moved to China in 2014 for a role in the financial sector, but after 2 years in Shenzhen he was approached about a role with Perfect Display, a specialist monitor manufacturer. Seeing the potential in the company he decided to give it a go and hasn’t regretted it since. In his current role with Perfect Display he heads up the International Sales and Marketing Departments, goes to trade fairs and visits customers around the world, establishing new markets and maintaining current ones. 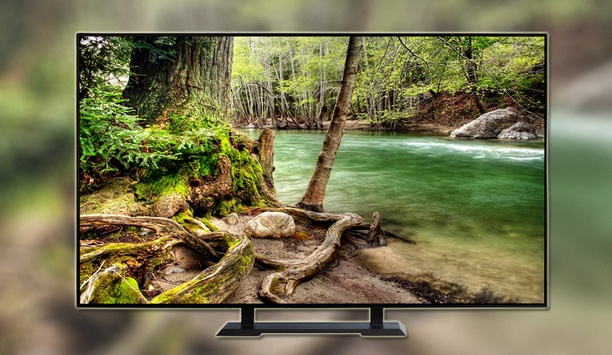 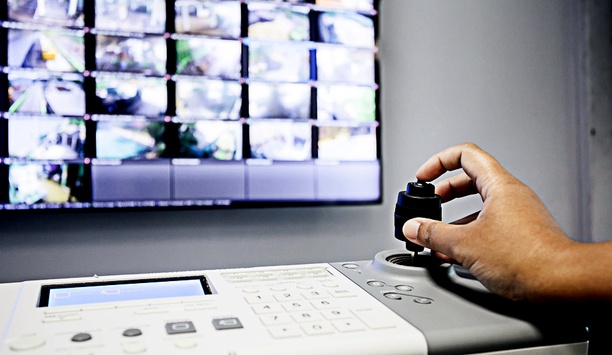 5 reasons to choose a commercial grade monitor for surveillance 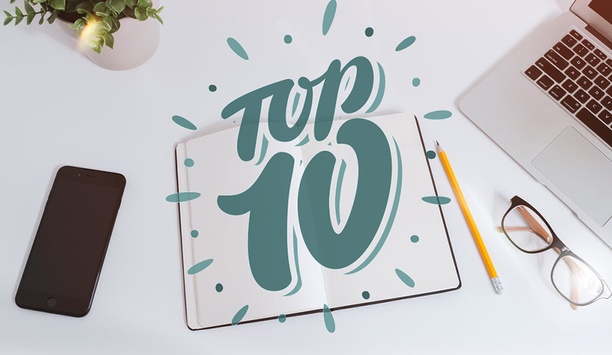 Technology, products and services are vital to the security market, but so are the people behind them. This year, SourceSecurity.com has been highlighting some of the key characters who make up the security market. Along the way, we’ve discovered a broad spectrum of experiences and viewpoints that make up the industry. Many of the most insightful responses were to the question: What is the best professional advice you have received (and from whom)? Don’t underestimate yourself, says Don Erickson, CEO of the Security Industry Association Scott Brothers, Executive Vice President of Corporate Development, Oncam Listen, listen and listen some more. Which continues to take real training because of my passion over spilling into a “need to be heard” when really, I should be listening. It’s a trait I continually work on and seek feedback on. Listening for me equals learning and the best ideas sometimes come from the unexpected voice in the room. The open environment we cultivate at Oncam really promotes this kind of interaction at all levels. Don Erickson, CEO of the Security Industry Association Don’t underestimate yourself. John Stroia who is a former chairman of SIA and presently the president of Hamilton was literally the first person who encouraged me to apply for the CEO role at SIA. I was perfectly content handling government relations at the time the position opened. I also hadn’t aspired to the role. John actively encouraged me to go for it despite my reservations about whether I was ready for it.  Liam McShane, Sales Director at Perfect Display Technology Take whatever chances come along. It’s much better to regret something you did than something you didn’t do! (From a mentor at my first financial services company) Return all calls as soon as possible and no later than the end of each day, advises Scott Schafer Eddie Reynolds, President & CEO of Iluminar Many of my childhood friends' parents would always say to me, “If no one wants to give you an opportunity, create your own.” Scott Schafer, Chairman-elect of the Security Industry Association My father was in the major appliance industry and showed by example the importance of outworking your competitor.  He also made sure to return all calls as soon as possible and no later than the end of each day. Kim Loy, Director of Marketing at Vanderbilt Industries The best advice I have received is that we are only in competition with ourselves. If we strive to always improve our knowledge and performance, success will follow. That there are no boundaries, we are all capable of doing anything we strive to do as long as we don’t set limits for ourselves. This advice is something that I heard from a very young age and grew up completely believing – it came from my dad, Chuck Robinson. Thomas J. Langer, President of ASIS International From my father and totally by accident. He was 60 and learning computer aided design which was making his drafting table obsolete. I asked him why, at 60, do that now? His response was that he doesn’t get to choose where advancements take his profession. I have never forgotten that and therefore never settled for the status quo. Change and advancement are a constant in everything. You have to have a work life balance and be resilient in order to manage the ups and downs of business and your career Thomas Cook, Vice President of Sales at Hanwha Techwin America My first manager, Marty Meyer, told me when to keep emotion out of everything you do at work; especially when you are negotiating and presenting your side or case. Fredrik Nilsson, Vice President of the Americas at Axis Communications My manager, Bodil Sonesson, VP of Global Sales at Axis has given me great advice over the years. She says that your career “is a marathon not a sprint,” meaning, in order to be successful long-term you have to have a work life balance and be resilient in order to manage the ups and downs of business and your career. Kenneth Hune Petersen, Chief Sales and Marketing Officer of Milestone Systems Flemming Tamstorf, CEO of my former company, showed me by example that you should never tell anyone “See, I told you so.” He never did it himself. If you play to the limit, there is a risk that you will fail. If you’re taking a risk, things can go wrong. And he never said “I told you so.” 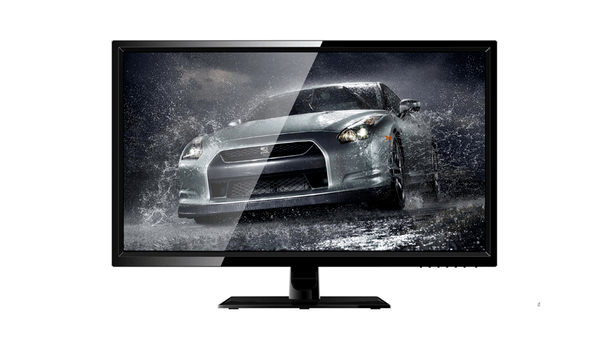 Perfect Display Technology Co. Ltd. has announced the factory has passed its recent ISO9001:2015 audit, improving on the previous ISO9001:2000 standard, showing the company is still the best place to get your commercial grade monitors. Improving processes and products The company spokesperson, Sales Director Liam McShane said, “We are constantly striving to improve our processes and ultimately our products. We can only do this by implementing the proper processes and by listening to and acting on customer feedback. As well as spending a lot of time and money on product development, we also understand the need to constantly improve our internal systems to improve not only quality but productivity too. We have introduced a very strict QC process, right from the goods in to the goods out. This includes a new heat and humidity testing room and various other processes, giving my department, and our partners and their customers, much greater confidence in the quality of the products we provide.” Benefits to business and customers General Manager David He added, “We are very proud that our hard work over the past few months is showing benefits to our business and to our partners and customers. I’m very happy with the Production and QC teams for showing their ability and commitment to our mission to become one of the top suppliers in the industry. I would also like to thank our R&D team of engineers for the constant development of our existing and future products. I can confidently say that we produce the best PVMs in the world because of their hard work and dedication. It takes effort from everyone to build a successful business. As someone wiser than me once said, “It takes many years to become an overnight success!”” Perfect Display Technology Co Ltd have been a supplier of LCD and LED displays since 2006, and proudly provide OEM services to many household names and companies around the world. 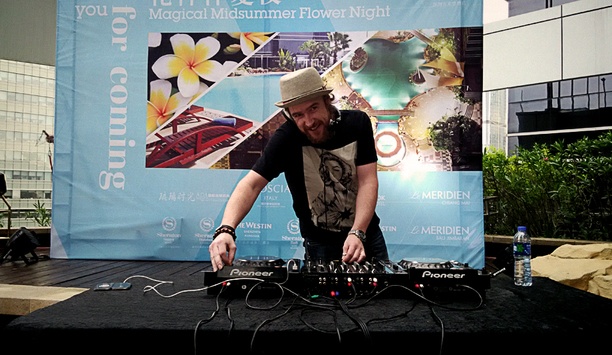 Liam McShane is Sales Director at Perfect Display Technology Co Ltd., the provider of LCD and LED displays for surveillance and other applications. A Northern Irishman who’s been living in Shenzhen, China since 2014, Liam has a passion for technology and sales. Liam has had a long career in sales within many industries - helped by a strange mind for specifications and random trivia. SourceSecurity.com caught up with him to find out more: How did you come to work in the security industry? While working in China in the Financial Services Industry I met a guy who asked if I was interested in a career change, working in International Sales for a Monitor Manufacturer. I went along for an interview and found excellent products and saw great potential in the company for growth, so I decided to take a chance. I haven’t regretted it since! What is the best professional advice you have received? Take whatever chances come along. It’s much better to regret something you did than something you didn’t do! (From a mentor at my first financial services company) Quick Facts Biggest hero Valentino Rossi Favourite album Too many to list! I'm a DJ after all! First job Butcher Dogs or cats? Dogs (Cats are evil!) Ideal holiday Anything but the beach! What's something few people know about you? I have been a DJ since the age of 13 and I occasionally sing with a few different bands around Shenzhen City. I also used to be very active in Motorsports and have commentated for the Ulster Drift Championship and the Irish Drag Racing Championship. What's the most rewarding thing about what you do for a living? I’d have to say it’s the travelling, although it’s a double-edged sword. It can be very tiring, but I have been to many places I wouldn’t have otherwise been and seen things I didn’t ever expect to see. The drawback is the amount of time away from home. I sometimes think I live on a plane! Liam McShane has been a DJ since the age of 13 and occasionally sings with a few different bands around Shenzhen City What are your interests, hobbies and passions outside security? Well, being a long-time DJ I am very into music, and I also have a passion for a lot of sports including football, rugby, motorsport, boxing and MMA. I also enjoy riding my various skateboards (I’m still a big kid in my late 30s!), and I love technology in all forms, including games consoles, mobile phones and all sorts of gadgets. I even own 2 electric self-balancing unicycles! Where was your last vacation? Would you recommend it to others and why? Believe it or not, it was a vacation to Ireland (North and South) at Christmas 2016. Living away from “home” and travelling a lot for work means I tend to vacation in Ireland in order to visit family and friends. This time I brought my girlfriend and actually visited some places I’d never been, such as some of the Game of Thrones locations and the Cliffs of Moher, although I had the privilege of growing up near Winterfell! I would absolutely recommend Ireland as the people are some of the nicest in the world and the scenery some of the most beautiful!