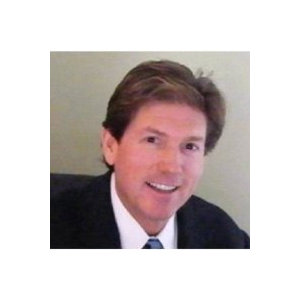 Kevin Campbell is a veteran in the security industry, starting back in 1995. After studying Business Marketing at California State University, Fresno, he spent four years in the California real estate market. Prior to joining PureTech Systems, Kevin nourished his skills in the security industry as a sales manager at Surveillance Technologies, Pelco, Ultrak, Vision Systems and Cernium. Mr. Campbell now lives in Chicago and has been with PureTech Systems since 2006, developing systems enterprise business. The majority of his security career has been in the field of video, video intelligence, developing channels of distribution, end-user business development, and providing enterprise Command and Control software systems to critical infrastructure.

With IFSEC 2018 taking place from 19 – 21 June at ExCeL London, ASSA ABLOY Security Doors’ steel and timber doorsets will undergo real-life attack tests on stand H140. Hosted by expert technicians from the Loss Prevention Certification Board (LPCB), the BRE’s Attack Zone will demonstrate the difference between certified and non-approved products, and how quickly uncertified products can be compromised.  The brand’s steel and timber doorsets, which meet security rating SR3 of the LPS 1175 standard, will be tested using various methods of attack. As the most widely recognised commercial security door standard, and the one most commonly specified by architects in the UK, LPS 1175 SR3 proves that a door can deliver sufficient protection against attack a determined attack.  ASSA ABLOY’s steel doorsets will be tested between 3:30-4:10pm on 19 June, while its timber doorsets will be tested between 1:00-1:40pm on 20 June. Visitors to the ASSA ABLOY stand IFSEC 2018 can be assured that the solutions from ASSA ABLOY Security Doors can meet their security needs" Standard-compliant doorsets The live demonstrations follow a successful testing day with the BRE earlier this year at ASSA ABLOY Security Doors’ factory in Lisburn, Northern Ireland. Consisting of an overview of the LPS 1175 test standard, a factory tour and a practical demonstration of the doorsets’ resistance to attack, the day showcased how quickly uncertified doors can fail and how robust those that meet LPS 1175 can be. Richard Flint, Technical and Business Development Manager at BRE, said: “Following its official launch last year, our Attack Zone is returning in 2018 to highlight the difference between products that meet LPS 1175 and those that do not. By demonstrating the thorough testing that security doors have to undergo to meet the LPCB’s standards, visitors to stand H140 can be assured that the solutions from ASSA ABLOY Security Doors can meet their security needs.”  ASSA ABLOY at IFSEC “The event provides a fantastic opportunity for visitors to see the capabilities of the doorsets in action, and also ask any further questions to the ASSA ABLOY Security Doors team.”  Kevin Campbell, Sales Director at ASSA ABLOY Security Doors, adds: “Following the recent product demonstration at our Lisburn site, we are very much looking forward to showcasing the capabilities of our LPS 1175 approved steel and timber doorsets to a much bigger audience at IFSEC 2018.” “While one doorset may look very similar to another, their resistance to attack may differ quite drastically. Providing assured safety, security and peace of mind, we look forward to testing our secure steel and timber doorsets at IFSEC 2018, Europe’s largest security exhibition.”

PureTech provides safety and operational information via real time speed notifications and alarming on anomalies PureTech Systems® announced recently that the Tom Lantos tunnels, which officially opened in early 2013 to replace a rockslide prone portion of State Route Highway 1 known as Devil’s Slide, have been equipped with the company’s PureActiv® video analytics capability to aid in the protection and safety monitoring of the tunnels. Video surveillance system The tunnels, managed by Caltrans who oversees more than 50,000 miles of California's highway and freeway lanes, consist of a single northbound and a single southbound lane approximately 4,200 feet long and 30 feet wide. As part of the safety and security initiatives, the tunnels include a Bosch Video Management System (BVMS), MIC Series 612 Thermal and DINION cameras from Bosch, integrated with the PureActiv geospatial video analytics and map based user display. The installation marks several “firsts” for PureTech Systems, including its first tunnel installation, first time integration with BVMS, and the initial installation performed in conjunction with IndustrialENET. The system also includes several industry-leading features, such as the ability to ignore normal vehicle traffic when monitoring for security and safety events. Using geospatial technology, it also boasts the ability to detect real-time vehicle speeds, which becomes increasingly more difficult as vehicles move farther away from the camera location. Protection and safety monitoring “The system we deployed in the Tom Lantos tunnels not only provides video surveillance for the protection of the tunnels, but it also provides safety and operational information via real time speed notifications and alarming on anomalies,” stated Kevin Campbell, vice president of sales at PureTech Systems. “The added benefits of integrating with BVMS and working with IndustrialENET, make this installation that much more valuable for PureTech Systems and our customers.” The installation marks another milestone in the use of geospatial technology to solve problems, which previously proved difficult with traditional video algorithms. In addition to tunnels, the technology is applicable to other transportation applications involving normally busy scenes, such as transit centres, roadways, airport queues and parking applications.