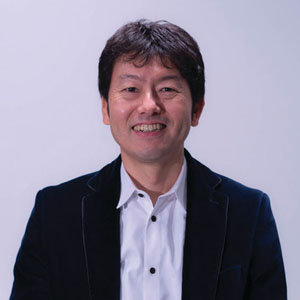 Kenichi (Kevin) Mori is director of the Security Systems Division in Sony Electronics’ Professional Solutions of America group. He oversees vertical business development activity and technology alliance partnerships in the United States, among other responsibilities such as managing teams of product specialists, marketing managers, solution engineers, and business development managers. 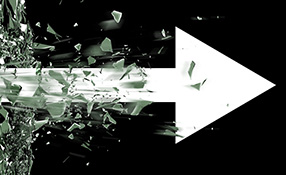 Impact of 4K cameras to accelerate in 2015

Over the past year Sony has expanded its product lineup to include a range of capabilities Sony 2014/2015 Review and Forecast: Many would agree that one of the most important trend in 2014 has been the emergence of 4K. We’ve already seen the first 4K security cameras hit the market, at a premium price. Sony is already a champion of 4K technology, which offers a resolution that is four times greater than Full HD (1080p), making for a sharp and detailed visual image. 4K will become increasingly important in all areas of imaging and will help the security market in particular, for its crisp resolution and ability to magnify and zoom in on precise portions of a visual image such as facial features, background images or license plates, without losing crucial detail. Over the past year, Sony has expanded its product lineup to include a range of capabilities, form factors and levels of performance for applications in every area of security and surveillance. Highlights include 360-degree cameras for situational awareness, the X Series cameras for use onboard transportation vehicles, and the new E Series bullet cameras, which are the company’s most light-sensitive infrared (IR) IP cameras to date. Demand for these cameras has been excellent, and we expect it to continue throughout 2015. In addition, Sony’s Security Systems Division was involved in many worldwide, celebrated events and implementations in 2014, including Levi’s Stadium, home of the San Francisco 49ers. Sony outfitted the stadium and its facilities with hundreds of security cameras, in addition to installing other technology products. Also, the 2014 New York City Marathon relied on Sony to provide security cameras and solutions for the last mile of the race, and around the finish line to increase security and situational awareness for runners and spectators. Finally, hundreds of state-of-the-art Sony security cameras were in place during the FIFA World Cup Brazil.  In 2015, look for many major broadcast manufacturers to fully embrace and create product lines to support the increasing image resolution and the 4K trend, including Sony. We expect 4K to be the standard definition for the broadcast industry in roughly two years from now. I suspect that it will become the standard in the security industry by 2020 and will be a cost effective and efficient solution, as even greater image resolution formats continue to emerge. See the full coverage of 2014/2015 Review and Forecast articles here

The SNC-XM631 greatly expands the capabilities of its X Series line of IP mini-dome cameras Sony Electronics is adding a new model to its award-winning X Series line of IP mini-dome cameras. The SNC-XM631 is powered by the IPELA ENGINE™ EX signal processing system, allowing it to deliver full HD picture quality in challenging lighting conditions using Sony´s unique wide dynamic range technology (View-DR) and image stabilisation technology. The indoor camera has a wide viewing angle of 113° to improve the field of view in compact spaces. It is also vandal-resistant with an IK10 rating, and it has sensor in/out capabilities that allow it to integrate easily with other security systems such as alarms or infrared devices. Sony’s X Series of mini dome IP cameras – which includes models SNC-XM632, SNC-XM636 and SNC-XM637 – won the Security Industry Association’s 2014 New Product Showcase (NPS) for the “Best of Video Surveillance Cameras IP” Award at ISC West in April. “The SNC-XM631 greatly expands the capabilities of our X Series line,” said Kenichi Mori, director of marketing and product management for Sony Electronics’ Security Systems Division. “It offers the features that users need, such as SD card storage, motion and object-based analytics, and excellent noise reduction for dimly lit environments.” The SNC-XM631 is ideal for a number of indoor applications, including those across the education, banking and retail markets, where users want maximum coverage and high image quality with minimal camera presence. The SNC-XM631 is expected to be available through Sony’s product distribution channel in September 2014. Sony showcases its new SNC-XM631 IP mini-dome camera at NRF Loss Prevention Conference & Expo 2014, booth No. 1821.