José Luis Cortina is the President of Grupo Atenea.

HOMSEC 2017 is committed to lead and to deepen the study of new business areas The sixth edition of the International Exhibition of Security & Defence Technologies, HOMSEC 2017, organised by Grupo Atenea, will be held in Madrid, March 14th - 16th. This meeting point for the sector will become a strategic space that will mean, on one hand, being the best showcase for the companies, both national and international, where they will expose and see a sample of the progress in National Security and Defence technologies and, on the other hand, being a workspace where professional, companies, and institutions will be able to establish strong bilateral relationships to deal with the future of the sector. Cyber security and digital development HOMSEC 2017 is committed to lead and to deepen the study of new business areas that will involve the discovery of new technological challenges, that will favour the knowledge in the Security and Defence sector in Spain. Some of the areas of work will be cybersecurity, digital development, implementation of new technologies or knowledge generation. In an attempt to tackle these subjects, a series of conferences have been set out during the exhibition that will promote the workspaces between the attendees. The first of these will be a master conference that will take place on Tuesday 14th and it will consist a presentation of the ‘Defence Industrial Strategy’, given by Enrique Díez de Ulzurrun, Deputy General Director of Inspection, Regulation and Defence Industrial Strategy of the Spanish Ministry of Defence. Next, the Vice Admiral Jesús Manrique Braojos, Deputy General Director of Planning, Technology and Innovation of the Ministry of Defence, will expose in another master conference, ‘Strategy of Technology and Innovation for the Defence (STID)’. Finally, and after a break, a round table led by César Ramos, Managing Director TEDAE, will examine ‘The disruptive technologies and its application in the five domains’. Protecting critical infrastructure On Wednesday, 15 March, Jorge Domecq, Chief Executive of the European Defence Agency (EDA), will offer a master conference about ‘The new context for the European Defence: Challenges and Opportunities’. Following this presentation and after the break, another two round tables will be celebrated. The first one moderated by Miguel Ángel Abad Arranz, Head of Cybersecurity and OCC Service, will discuss about ‘The protection of critical infrastructure, the resilience of networks and the use of cryptography’. The second one will address ‘The simulators and the private company’s awareness of the cybersecurity’. The moderator will be Juan Corro, Academic Director U-TAD. “HOMSEC is an unmissable event for the Spanish national industry and an international reference” On Thursday, 16 March, in the early morning the last master conference will take place held by Miguel Ángel García Primo, Director of Operations and New Programs HISDESAT, that will present the new generation of satellites of Security and Defence to the attendees. To close the cycle of conferences a round table will take place headed by Aurelia Valino Castro, Professor of Applied Economy in the Faculty of Economic and Business Sciences and Coordinator of the Logistic and Management of Defence Master in the Complutense University of Madrid, which will debate about the ‘Finance and Sector Development, supports from the Administration and new actors’. Review of HOMSEC 2015 All these activities consolidate HOMSEC year on year as the main platform in Spain for events of professional exchange of Security and Defence sector. The results illustrate, during 2015 HOMSEC received more than 13.000 visitors of 74 countries and 25 international delegations. In this VI edition forecasts point to 15.000 visitors, 195 exhibitor companies and more than 30 international delegations. These values reflect the strengthening of this event on the international circuit consolidating it as the reference for Southern Europe. José Luis Cortina, Grupo Atenea president – entity that organises the event – points out that “HOMSEC is an unmissable event for the Spanish national industry and an international reference, as well as for the security sector personnel, for the international relations and, finally, for all the Spanish citizens.” 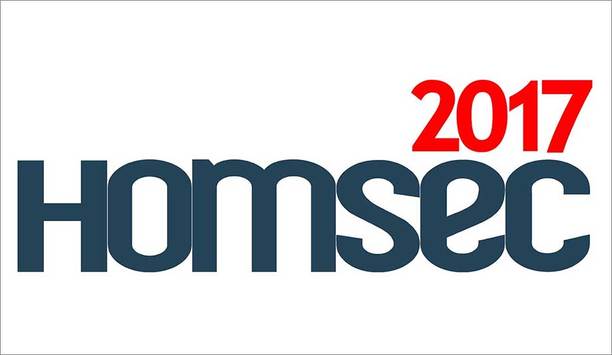 The European Commission will invest 90 million euros in Defence research between 2017 and 2019 This HOMSEC 2017, the Chief Executive of the European Defence Agency, Jorge Domecq, will give a Master Conference in which he will expose the need to enhance the investment in Defence research. Investigation of security challenges For the veteran Spanish diplomat, investigating security is essential in a time defined by the challenges the European Union currently faces; i.e. the increasing scepticism about its goals, financial uncertainty, or security threats. On this point, a recent European wide study confirms that the 82% of the respondents prefer a greater involvement of the EU in the fight against terrorism and another 66% want an increased role in the Security and Defence policies. These facts evidence that Defence is no longer a single factor considered from a national perspective, instead it is intrinsically attached to the Security and the Prosperity of the countries. Moreover, this involves a deeper cooperation in innovation, monitoring resources, investment and technology to handle the new demands coming forward in the future. EU budget funds research program This new way of thinking means a revolution within the European Union. For the first time in its history a research program funded with EU budget is being carried. This investment does not replace the efforts in this matter at a national level, but will contribute in the creation of a mass, the interconnection on of European research institutions and, most important, the improvement of the interoperability and the standardisation. In the long term, this progress will contribute to the European competence in providing a credible Security which relies innovative technologies. Finally, Defence investigation has an impact in the daily life of the citizens, with innovations such as the Internet or the GPS at the time they were born. As the president of Grupo Atenea, José Luis Cortina, explains “As the main hosts of HOMSEC, we are honoured by the presence of Jorge Domecq at this trade-fair. His experience and professional expertise in the field of Security and Defence will be deciding for the study of the next steps and the future of the sector, at the national and international levels.” Jorge Domecq is the Chief Executive of the European Defence Agency. He was previously appointed as permanent as ambassador of Spain in the Organisation for Security and Cooperation in Europe (OSCE) and ambassador in Philippines. He has covered several in the Foreign and Defence Ministries as well as in the NATO.