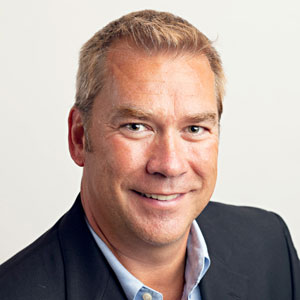 As senior manager for the industry segments team and cyber strategy, John Bartolac manages vertical segment focus and functions as Axis Communications’ chief liaison for cyber strategy relating to video solutions in North America. He serves as a resource for partners and customers at all levels of the network video surveillance sales cycle, helping them interpret vertical segment strategies and cyber related objectives for roadmaps, regulations and policies. Mr. Bartolac is also responsible for industry segments development for Axis as well as analyzing the potential impact of information assurance and other cyber influences on Axis IP video solutions. Mr. Bartolac has more than 25 years of experience in the security industry, a majority of which have been focused on the government sector and policies and sophisticated enterprise class solutions that encompass IP video and access control technology. He began his career with Honeywell and later rose to senior-level positions with GE Security. Mr. Bartolac currently participates on policy development and best practices with the SIA Cybersecurity Advisory Board.

This is the second year in a row that Total Recall has received this honour from Axis Total Recall was named the 2014 City Surveillance Market Partner of the Year for North America by Axis Communications, the world leader in network video, during the ninth annual Axis Connect & Converge Conference (ACCC) held in Miami, Fl. from September 7-11. This is the second year in a row that Total Recall, a video-centric security technology provider, has received this honour from Axis. Axis presents the City Surveillance Market Partner of the Year award annually to recognise the success and loyalty of one City Surveillance Market Partner, as well as their commitment to driving the shift from analogue CCTV to IP-based network video surveillance. “Total Recall is a world-class integrator,” said John Bartolac, business development, segments manager of Axis Communications. “From the beginning, they have been focused on delivering the best possible product and services for their customer. The attention to detail on their Crime Eye units is only a fraction of the detail they provide to their customers.  They also show a commitment to the industry and social responsibility as seen by their donation of a security system for the Statue of Liberty.” “Axis Communications is an industry leader and it’s an honour to receive their consistent recognition for our commitment to our customers and the community,” said Jordan Heilweil, president of Total Recall Corporation. “The Axis and Total Recall partnership in our CrimeEye units, in particular, have helped provide cities across the nation with the high quality and reliable video surveillance protection they need.” Total Recall is a Partner in Axis’ Channel Partner Program, designed to help channel partners leverage Axis’ technology and market-leading status to capitalise on the fast-growing network video surveillance industry. As a channel-oriented company, Axis views partners as an extension of its team, playing a key role in the overall success of the company as well as the surveillance market’s transition from analogue CCTV to digital video. ACCC is an annual gathering of Axis’ top distributors, systems integrators, software development and strategic infrastructure partners throughout North America. This year’s event drew more than 300 attendees who participated in educational workshops about IP-based surveillance technology, a review of the Axis product portfolio and future roadmap, and sessions that highlighted network video best practices and customer success stories.