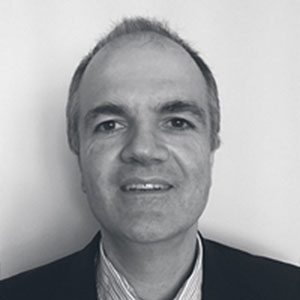 Jim is an accomplished R&D leader with a 20-year background in photonics and fibre optic technologies. His specialist experience includes managing product lifecycles from research to in-market success and building and managing a complex patent portfolio. Since joining FFT in 2004, he has been instrumental in the development, commercialisation and patenting of FFT’s leading technologies, having led the end-to-end development of intrusion detection products. Prior to joining FFT, Jim was Development Team Leader at VPIsystems Inc., and Associate Lecturer in the Dept Electronic Engineering at La Trobe University. 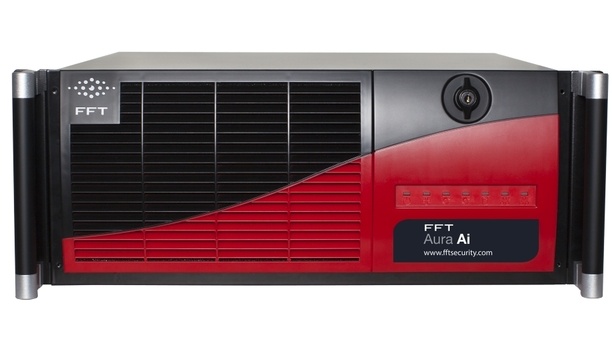 Ava Group, a provider of risk management services and technologies, announces new enhancements to its FFT Aura Ai-2 advanced fibre optic detection controller, which offers superior intrusion detection location accuracy together with extended range performance. The system is perfect for monitoring pipelines, perimeters and communications networks. Mark Horton, Global Sales and Marketing Director at Ava Group comments, “The Aura Ai-2 is our next generation controller and was released to industry acclaim last year, being recognised for its ground-breaking performance. However, the system has had further performance upgrades and now offers monitoring of optical distances of 80km for perimeter fence detection or 110km for pipeline or covert buried detection.” Fence mounted application “Accuracy has also been enhanced, the system can now pinpoint an intrusion location down to within +/- 2m metres on a fence mounted application. The controller is also able to cover different applications simultaneously, for example, fence mounted and covert buried detection. This essentially offers two units in one, saving on both procurement and operational costs.” The Aura Ai-2 controller works by pulsing laser light along optical fibre cables connected to each of its two detection channels The Aura Ai-2 controller works by pulsing laser light along optical fibre cables connected to each of its two detection channels. Dependent on the application these cables are either: laid adjacent to a pipeline, attached to a perimeter fence or buried along a perimeter boundary. Minute disturbances cause changes in the scattered light and the Aura Ai-2 controller automatically analyses this reflected light to detect, locate and report disturbances. Reduces nuisance alarms Advanced optical signal processing algorithms, combined with artificial intelligence, accurately and reliably analyse the reflected light to discriminate between intrusions and other causes of disturbance. This significantly reduces nuisance alarms whilst maintaining full awareness of any situation. When wired in a redundant loop configuration the two-channel controller provides cut resilience and continues to provide detection in the event of a deliberate or accidental cable cut. Dr Jim Katsifolis, CTO at Ava Group Technology Division comments, “As is the case with any fibre optic system, the key to increasing performance over distance is to maximise its optical power budget, that is, the maximum allowable optical signal loss the system can tolerate while still maintaining proper operation. We have enhanced our Aura Ai-2 platform by designing new ultra low-noise detection electronics that significantly increase its dynamic range (and consequently its optical power budget).” Protection solution for critical infrastructures “When combined with other design improvements that minimise noise while increasing detected signal strength, the Aura Ai-2 now has an industry leading power budget of 13.5 dB. We’ve achieved higher signal-to-noise ratios across the whole sensor, maximising the signals detected from both the near and far ends of the sensing fibre.” Aura Ai-2 is the ideal protection solution for critical infrastructures such as high-risk oil & gas pipelines, chemical or water pipelines As it utilises the sensitivity of fibre optic technology, Aura Ai-2 is also perfect for monitoring fibre optic communications networks. The system can monitor for tapping and tampering by connecting spare (dark) fibres inside each network cable to Aura Ai-2. Network cable disturbances, including removal of protective layers, attempted tapping or cable movement, will be instantly detected and generate an alarm indicating the location. Aura Ai-2 is the ideal protection solution for critical infrastructures such as high-risk oil & gas pipelines, chemical or water pipelines as they traverse often remote and inhospitable locations. It is also perfect for protecting long boundary perimeters alongside railway lines, airports and ports. Perimeter fence project Mark Horton added, “In the key terms of distance and accuracy, Aura Ai-2 easily outperforms its competitors and has already proven to be highly popular in the market. The system has already been chosen for a large Middle East pipeline and perimeter fence project, with the protection of both assets conveniently controlled from just one controller. In another project, the system has also been employed to monitor and alert of any rockfalls or landslides near a rail line that could endanger people or rolling stock.” Since its launch, Aura Ai-2 has already won awards including at the Securex Poland International Security Fair Awards in relation to its perimeter protection capabilities. With a combination of performance, reliability and flexibility, Aura Ai-2 is finding new and innovative uses as Mark Horton concludes, “This powerful solution has many potential uses and is already being utilised to protect the security of vital government facilities, military installations, critical infrastructure and custodial facilities.” 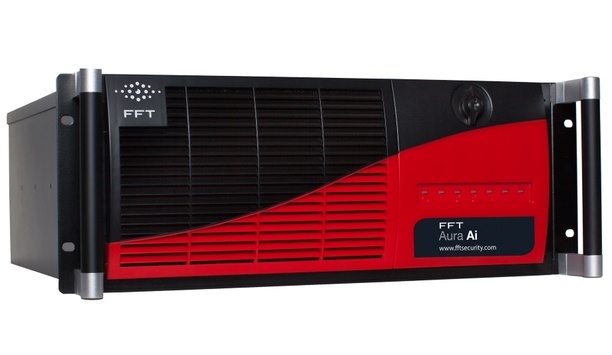 Ava Group (AVA), global provider of security risk management services and technology will be presenting its portfolio of security solutions at International Security Expo, stand E74. The expo also hosts a range of certified conferences and workshops covering every major sector of the security industry. Taking place over two days at London Olympia, the event focuses on the needs of government and CNI amongst other key sectors. Fibre optic intrusion detection Ava Group will be showcasing the latest solutions from its technology division - incorporating Future Fibre Technologies and BQT Solutions. The Ava Group is a market leader of risk management services and technologies, offering a portfolio of complementary solutions encompassing both fibre optic intrusion detection and high security access control and locking. Mark Horton, Global Sales & Marketing Director – Future Fibre Technologies commented, “Our brands have a strong pedigree in some of the expo’s key sectors including government and CNI, and we’re very much looking forward to discussing with visitors how Ava’s solutions can be applied to protect their organisations. Ava Group has had some major project wins in recent months including a major military closed data network, who have selected our data network infrastructure protection solution to secure its network against tapping and tampering. It is projects such as this that demonstrate Ava Group’s expertise in security risk management and protection of client’s assets and infrastructure.” Perimeter security technology New ultra-low noise optical detection electronics ensure a single controller can cover a distance up to 110 kilometres Ava Group’s CTO – Technology, Dr Jim Katsifolis will be presenting in the Perimeter Security & Intrusion Detection Technology Workshop on ‘Security within security in a converged perimeter intrusion detection solution’ on the first morning of the exhibition. An accomplished R&D professional, Jim will explore the latest generation of PIDS technologies, the convergence of intrusion detection and cybersecurity as well as addressing some common myths in this field. Featured on the stand will be the enhanced Aura Ai-2 controller from Future Fibre Technologies. This market-leading product offers unrivalled high-sensitivity detection, location accuracy, cut resilience capability and the industry’s longest linear range. New ultra-low noise optical detection electronics ensure a single controller can cover a distance up to 110 kilometres and can accurately detect, locate and report multiple disturbances to +/- 2 metres. Security management solution Ava Group is also previewing its Small Site Assurance range, which is designed to protect remote unmanned locations through a holistic security management solution. The solution incorporates intrusion detection, access control and locking as well as environmental monitoring - all controlled remotely from a simple graphical user interface. The Small Site Assurance range is particularly suited for utilities, telecoms, energy, oil & gas and data centres that are at risk from threats such as vandalism, opportunistic and targeted theft, terrorist attack, trespass, system failure, accident or injury. Orca locking security solution The Orca lock is a high-strength lock designed for securing gates, roller doors, shipping containers, and any other large door or entryway From BQT Solutions, Ava Group will be demonstrating the Orca lock. Building on the success of the award winning YG10, the Orca lock is a high-strength lock designed for securing gates, roller doors, shipping containers, and any other large door or entryway. Alongside the Orca’s impressive physical attributes, its ability to integrate into an access control system is what elevates it beyond anything available in the market. Fully monitored, weatherproof, and user configurable, the Orca is the perfect indoor and outdoor locking solution. BQT will also demonstrate the latest software integration between its miPASS Access TMS software and Paxton’s Net2 access control software. The integration enables the seamless addition of BQT biometric readers to new or existing Net2 systems, facilitating a smooth transition from less secure card technologies to more robust options like fingerprint biometrics and BQT’s own miPASS credentials.