Jean-François Delepau is the Managing Director of ULIS. He has more than 20 years of experience in stimulating growth and competitiveness of hi-tech companies. His skills include business strategy, international development, continuous improvement, etc. 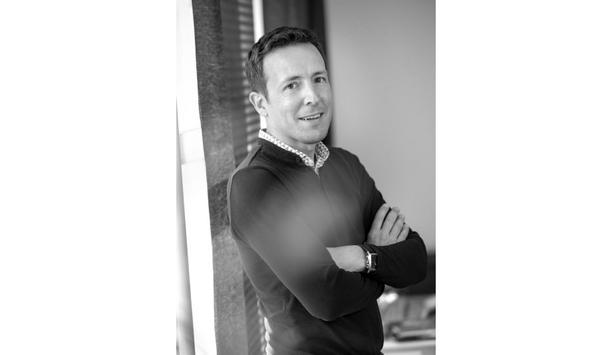 Lynred, a provider of high-quality infrared detectors for the aerospace, defence and commercial markets, announces the appointment of Jean-Yves Dussaud as Chief Marketing Officer. His role is one of several strategic moves Lynred has been undertaking to bring more ambitious and innovative value-added propositions to its key markets. This is an internal appointment. Previously, Mr. Dussaud was Chief Quality and Risk Officer at Lynred, the company created two years ago as a merger between Sofradir and ULIS. He has 10 years of management experience within the firm, which includes seven as a member of the board. Developing smaller footprint Prior to that, he held B2B and B2B2C Product Manager positions at international firms Rieter (CH) and ITW (US), accumulating seven years’ international marketing experience. “Lynred is pleased to appoint Jean-Yves to his new role, which leverages his customer satisfaction experience and knowledge in infrared technologies,” said Jean-François Delepau, Chairman and CEO of Lynred. Jean-Yves has the leadership to enable us to better tailor our offer to the future needs of clients" “Jean-Yves has the leadership to enable us to better tailor our offer to the future needs of clients, who are developing products in emerging applications. The whole company is geared towards more market diversification and to developing smaller footprint, value-added IR products in greater volumes.” Lynred is among the pioneer manufacturers of infrared (IR) detectors, critical components at the centre of thermal imagers used in defence and surveillance applications where lighting conditions are poor. Emerging market opportunities They are being increasingly deployed in industrial and consumer equipment across a broad range of activities, for example space management in office buildings or in Unmanned Aerial Vehicles (UAVs) for aerial thermal inspection. “Every year, we discover new trends in infrared technologies. I am truly excited about these emerging market opportunities that match our capabilities and track record in bringing quality solutions, performance and affordability to camera makers and other imaging equipment providers. The marketing team and I are thrilled to support Lynred in fulfilling these challenging market requirements,” said Jean-Yves Dussaud. “Our aim is to make the integration of infrared technology less complex, while enabling its benefits to become more widely accessible. We look forward to engaging with customers on the advantages we offer.” Lynred key figures: Exports 85% of products Invests 15% of its annual revenue in R&D Generated €237M ($287M) in global sales in 2020 European IR manufacturer for space deployed products; has delivered over 100 flight model IR detectors to satellite missions 1,050 staff 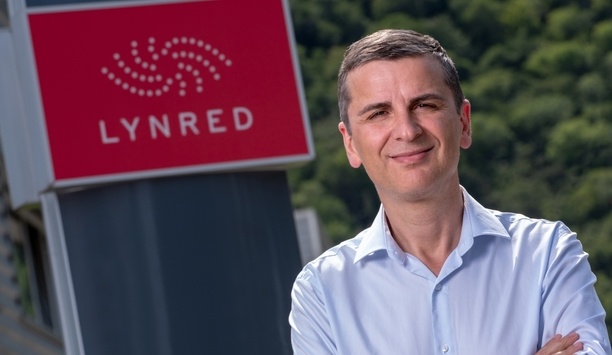 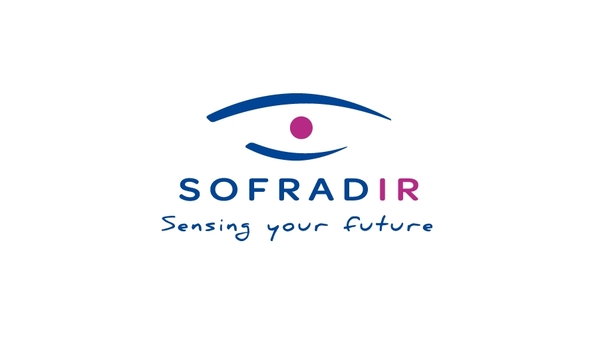 Sofradir Group shareholders, Thales and Safran announced the appointment of Jean-François Delepau as its new chairman, with immediate effect. Previously managing director of ULIS, a Sofradir Group company, Mr. Delepau will oversee all the defence, aerospace and commercial market operations of the three companies within the Group: Sofradir, ULIS and US-based Sofradir-EC. “Jean-François’ vision, dedication to excellence and the wealth of his experience and career-long achievements fully equip him to take over the reins of the Sofradir Group. He has the board’s complete confidence in continuing to create growth opportunities." "His objectives are to reinforce the high quality and price competitiveness of the Group’s products and improve their time-to-market, whilst accelerating innovation within each company,” said the board representative.Jean-François has worked in different companies specialised in electronics and components in various positions Technology and management expertise “I am honoured to serve as chairman of the Sofradir Group. I’m confident that I can bring immediate value based on my past experience, determination and drive,” said Mr. Delepau. “I will help build upon the Group’s outstanding technologies, staff expertise and commitment as it embarks upon a new era of development.” Mr. Delepau (53) joined ULIS as deputy director in 2007. Previously he worked in different companies specialised in electronics and components in various positions (marketing, production). He also has eight years of experience as a technology and management consultant. Mr. Delepau graduated from Ecole Polytechnique in 1986 and Telecom Paris in 1988. He earned an MBA from Insead in 1994.

ULIS’ volume sales increased close to a 20%, climbing toto 94,286 in 2015 from 79,350 in 2014 ULIS, a leading manufacturer of thermal image sensors for commercial and military applications, announces that the company experienced strong growth in 2015, with close to a 20% increase in volume sales over 2014. New customers in outdoor leisure equipment, continued sustainable growth in traditional markets such as surveillance, thermography and defence, and several key contract wins drove the bulk of ULIS’ €48M ($52.3M) activity in 2015. ULIS’ volume sales climbed to 94,286 in 2015, up from 79,350 the previous year. Growth in the uncooled infrared camera market “The pattern of ULIS’ volume sales performance appears to reflect market analyst forecasts of rapid growth within the uncooled infrared camera market, indicating +22% CAGR in units between 2015 – 2020,” said Dr Eric Mounier, Senior Technology and Market Analyst, MEMS & Sensors at Yole Développement. ULIS is also upbeat about further growth opportunities in emerging markets, such as smart building and automotive applications, where it has developed strong leads. “We exceeded our objectives for 2015; gearing ULIS towards even higher prospects in 2016. I am very happy with my team and their dedication. I thank them for their drive and support,” said Jean-François Delepau, Managing Director of ULIS. “Our customer base also grew in 2015. The price/performance of our complete portfolio of Pico Gen2 products made a significant impact; they struck the right chord with camera makers and system developers across many market applications. In 2016, we will aim even higher to bring even greater product and service satisfaction to our customers.” Thermal imaging applications for smart building applications & road safety ULIS is the second largest producer of thermal image sensors (microbolometers). These enable all-weather and night vision, intrusion detection and temperature measurement, among others. Since its creation in 2002, the company has delivered 500,000 thermal sensors to equipment makers, helping them produce low weight, low power consumption and cost-effective thermal imaging gear. ULIS is active in traditional infrared (IR) sensor markets. It is increasingly addressing new trends in thermal imaging for energy efficiency in smart building applications, people counting and road safety. Delepau is confident that the company’s growth rate will maintain the same pace for the next two years, then accelerate due to further penetration into new markets, such as smart buildings and automotive. “As early as January 2015, we saw initial signs that we would secure a high percentage of sales. This year, we have already begun seeing other positive indicators.” Currently, ULIS is close to going to market with its Pixel Level Packaging (PLP), which is at the industrial process stage. As the pioneer of the 17-micron pixel pitch thermal image sensor, the current industry standard, ULIS is pursuing development of its 12-micron pixel pitch thermal image sensors, which is nearing completion. Pixel pitch is very important for cameras as it contributes to better SWaP (Size Weight and Power) reductions.

Pico640 Gen2 is a VGA format 17-micron thermal image sensor for 24/7 security night vision ULIS, a leading manufacturer of thermal image sensors for commercial and military applications, recently announces the availability of Pico640 Gen2. Pico640 Gen2 for 24/7 security night vision Pico640 Gen2 is a VGA format 17-micron thermal image sensor for 24/7 security night vision, a market where makers of surveillance cameras are demanding significantly improved thermal imaging capabilities with seamless integration. For decades, the complexity and cost of thermal imaging technologies originally designed for military applications precluded them from commercial use. Newer thermal technologies based on microbolometers, a MEMS (microelectromechnical systems) technology that ULIS develops, have changed the landscape by making thermal imaging more accessible. In addition to security and surveillance systems, ULIS’s new sensor can also be used in cameras for outdoor leisure, such as nature observation or hunting. “ULIS has designed Pico640 Gen2 to match increasing requirements from fixed and portable camera makers for high standard thermal imaging technologies that are easier to install,” said Jean-François Delepau. “We have stripped away the complexity by closely aligning our thermal image sensor with all-important commercial standards. Customers can now have easier access to top-notch thermal image resolution at longer detection ranges with enduring performance at an affordable cost. We are eager to show security and surveillance professionals the benefits of our Pico brand products." Pico640 Gen2 uses Hync/VSync clocking Pico640 Gen2 is quick and easy to install because it uses Hync/VSync clocking and an I2C standard communication protocol that are compatible with commercial camera standards. In addition, Pico640 Gen2 is easy to calibrate, even in "We are eager to show security and surveillance professionals the benefits of our Pico brand products" shutterless mode, due to the predictability of the sensor’s behavioral patterns over varying operating temperatures.  Other significant improvements include better image quality through higher image resolution (>300kpixels). This means that users can capture the most minute details up to a distance of several hundred meters. The product offers faster frame rates from 30Hz to 120Hz that provide more fluid images. No matter how fast an object is moving, captured images remain unblurred. Another parameter, the NEDT (Noise Equivalent Differential Temperature), has also been upgraded. NEDT enables a longer detection range and crisper images; the lower the NEDT, the sharper the image. Dipping far below 50mK means that this model has achieved a more than 15% improvement over earlier generations, without any trade-off in power consumption. It operates at less than 130mW with a 60Hz frame rate. This is in contrast to other thermal imaging sensors in this category, which tend to consume more power, typically >200 to 350mW at an equivalent frame rate. Display at SECON All Pico640 Gen2 features are housed in ceramic packaging, a cost-saving production technique ULIS first introduced to the market ten years ago. It has shown its value and vacuum integrity in the 500,000 ULIS thermal image sensors already in the field. ULIS’ Gen2 products will be displayed at SECON, an international security conference and exhibition taking place March 18 – 20, 2015 in South Korea, at booth #E39. SECON draws close to 38,000 visitors annually.