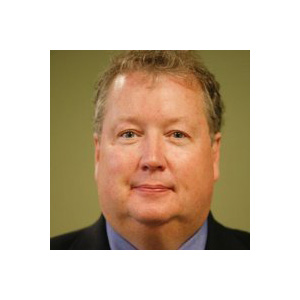 Jay Hauhn retired as chief technology officer and vice president of industry relations at Tyco Integrated Security, where he was responsible for product technology and innovation along with industry and government relations. He led product and service solution development and engineering as well as development and implementation of product strategy. He was also responsible for interaction with industry associations, regulatory agencies and local, state and federal governments. Previously, Hauhn served as chairman of the Security Industry Association (SIA) and currently sits on the board of directors of the Security Industry Alarm Coalition (SIAC). He is the recipient of numerous industry awards, including SIA’s “Statesman Award” in 2009 and SIAC’s William Mooney award in 2011. In April 2011, he was inducted into the Security Industry Hall of Fame.

Tim Eckersley has provided consistent support to the PASS and the National School Boards Association Allegion Senior Vice President and President of the Americas Tim Eckersley was honoured with the Jay Hauhn Excellence in Partnerships Award at The Security Industry Association (SIA) Honors Night during ISC East in New York. Eckersley has been a consistent advocate for SIA’s school security initiatives and for increasing industry collaboration with the K-12 school community. He has played an important and ongoing role in SIA’s government relations efforts to secure federal funding and legislation for security enhancements in K-12 schools. In this role, he has provided support to the Partner Alliance for Safer Schools (PASS) and the National School Boards Association, in addition to moderating a lunch briefing about school safety on Capitol Hill. Eckersley also plays an active role with the Secure Schools Alliance, which was founded by Allegion in 2015 and works in partnership with SIA to lead the national conversation about school safety and security. Creating safer schools “It’s an honour to receive the Jay Hauhn Excellence in Partnerships Award and to work with SIA to create safer schools,” Eckersley said. “As security professionals, we must collaborate with educators, government officials, law enforcement and parents to protect our nation’s children to the best of our ability.” A 25-year veteran in high growth technology industries, Eckersley is now responsible for leading Allegion’s Americas-based business, which employs more than 5,500 people across Canada, Latin America and the United States, and accounts for $1.5 billion in revenue. The Americas organisation is responsible for several of Allegion’s core brands, including Schlage, Von Duprin and LCN. Trade association collaborations "Tim Eckersley has helped drive SIA's collaboration with the K-12 school community and promote best practices and government policies that will keep classrooms safe for learning. His passion for working with elected officials and industry organisations toward this end is exemplary. SIA is proud to recognise him with the Jay Hauhn Excellence in Partnerships Award," said SIA Chairman Denis Hebert. The Hauhn Award is presented each year to an individual within an SIA member company who has worked to foster partnerships across the industry. The award is named in honour of Jay Hauhn, the previous SIA chairman who supported collaboration among trade associations and increasing member interests. Save Save

David Bleisch, ADT general counsel, addresses the media at a conference Door-to-door selling can be an effective tool to garner new security subscribers, and it’s been practiced for decades, according to Jay Hauhn, executive director of the Central Station Alarm Association (CSAA), Alexandria, Va. But it has to be done right, he says. A recent conference by ADT Security Services focused on deceptive alarm sales practices and the need to report such practices. In her latest article, Deborah L.O’Mara, SourceSecurity.com's dealer/integrator correspondent, highlights the necessity to educate consumers and alarm companies about fraudulent home sales initiatives. Train sales representatives for door-to-door selling “We are not knocking door knocking,” Hauhn continues. “However companies must train their sales representatives to follow the Electronic Security Association’s (ESA) Code of Ethical Conduct and [companies must] take swift and actionable responsibility when they fail,” he adds. Hauhn was one of several panelists at a news conference focusing on deceptive alarm sales practices hosted by ADT Security Services at the ESX Show in Baltimore in June. The session also included David Bleisch, general counsel of ADT, Boca Raton, Fla.; Marshall Marinace, president of ESA and president of Marshall Alarm Systems in Yorktown Heights, N.Y.; Diane Pruitt, a Baltimore resident solicited by a scammer; Derrick Layton, retired Baltimore police officer also solicited by a scammer; and Casey Callaway, director at the Council of Better Business Bureaus Inc., Arlington, Va. Educate consumers about fallacious sales practices "We believe the ESA’s Code of Ethical Conduct and providing a platform to raise awareness will assist so homeowners don’t get scammed", says David Bleisch, general counsel of ADT ADT continues to spearhead the industry’s awareness campaign designed to educate consumers and alarm companies about fraudulent home sales initiatives, such as telling homeowners their current company has gone out of business, their equipment is obsolete, or promising extra security protection at escalated costs for what amounts to traditional monitoring. “The good news is there is a lot of awareness being raised, which is the number one defence,” says David Bleisch. “We believe the ESA’s Code of Ethical Conduct and providing a platform to raise awareness will assist so homeowners don’t get scammed. We know it’s effective. While year over year the number of complaints did go up, today many more consumers are aware of the issue, took immediate action and didn’t let the salesperson in the door,” he says. In addition, Bleisch says law enforcement and state attorneys general are also taking action, going so far as to ban some companies from doing business. “At the local level and where licensing requires, authorities are more judicious in providing permits for door-to-door sales. We also encourage consumers to call police and we have heard of some arrests,” he says. ADT’s reward program – report deceptive sales initiatives ADT has a program in place offering a reward to anyone who can provide lawfully obtained information showing how alarm companies are training employees to engage in deceptive sales. The company recently refined the process, making it easier and quicker to claim the maximum $5,000 reward. “We have made the program more accessible and easier to use. We continue to raise awareness and explain on our website how consumers or others can submit actionable evidence. We have nothing against fair competition through door-to-door sales or other methods, and it can be done effectively and properly. We don’t want people coming to consumers and lying to them.” Baltimore resident Diane Pruitt recounted how she was solicited by a scammer. She has been an ADT customer for two years and said someone purporting to be from the company said her yard sign was outdated and that potential burglars could look at the back of the sign and determine how to disable the alarm. The door-to-door salesperson also said he was on site to upgrade her equipment. However, when Pruitt asked him if he was with ADT he said “no.” She demanded he leave and immediately contacted ADT to report the incident. “It’s terrible that these types of pushy people are trying to cheat and scam unsuspecting consumers. You should continue to do more to help clean up the industry,” Pruitt said during the news conference.