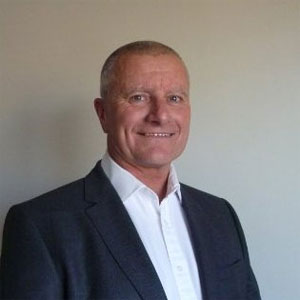 Geoff Gritton is the Sales Manager at Veracity UK Ltd.

Veracity celebrated its 10th anniversary in October, and has grown from 3 to 50 staff with four offices across the UK & US Veracity, a leading provider of innovative, intelligent solutions that solve real-world IP video challenges in transmission, storage and display, has announced an expansion of its sales team to help it meet increased demand from international customers and partners. Previous role & responsibilities Veracity welcomes Geoff Gritton, an experienced sales executive as part of an expansion of its UK sales team. Gritton is a highly regarded industry veteran with a 20 year track record of sales expertise including senior roles at IndigoVision and Verint. “Geoff has a terrific sales track record with major video surveillance manufacturers and is well-known and highly respected throughout our industry,” says Alastair McLeod, Veracity Group CEO, “He will be yet another huge asset to our team and we are all really excited about Geoff joining us, as he can take us into a whole new range of projects and customers due to his background and experience.” Gritton’s appointment compliments Peter McKee who was appointed as Director of Business Development for Europe last month. Veracity is also in the final stages of hiring two additional staff for its engineering team and an additional member for both its sales support and design teams. Veracity, which celebrated its 10 year anniversary in October, has grown from three to fifty staff with four offices across the UK and US with products sold into more than 40 countries. Through a network of international distributors and high profile OEM agreements including Samsung Techwin and Axis Communications, Veracity has enjoyed growth of roughly 30% per annum over the last 3 years and is on target to exceed that figure during 2015. Invested heavily in EMEA sales expansion “We’re in our tenth straight year of profitable growth and have built up a truly excellent and hard-working team over these years. Veracity has invested heavily in EMEA sales expansion recently with key people now based in France, Germany and the Middle East.” “We’ll be launching a lot of new products in 2016 within all three areas of transmission, storage and display. We are looking forward to another year of strong growth, with surveillance storage shaping up to be the key growth area for us,” McLeod adds. Scott Sereboff, Global Sales Director and CEO of Veracity’s US subsidiary added, “We now have a really talented and experienced team covering UK and EMEA sales, which is exactly what we need for the large surveillance storage projects we get involved in due to the international nature of the industry partnerships we have developed. Geoff will fit in perfectly with the rest of our team and I know he will be very successful in providing customers with exactly what they need.”