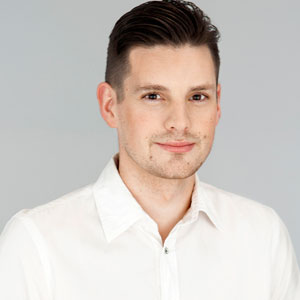 Erick joined Genetec in 2012 and is currently Product Marketing Manager, responsible for the video, appliance, and cloud product lines. In collaboration with product management and sales, Erick’s role includes identifying market opportunities and trends in the industry, and the development of go-to-market activities for the company. 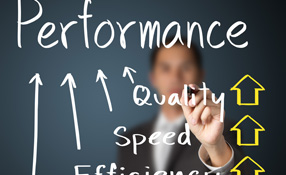 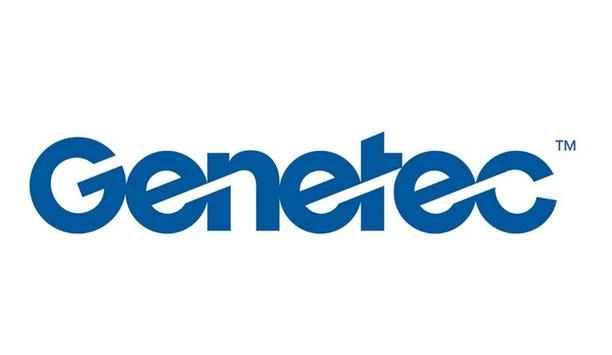 Genetec Inc., a technology provider of unified security, public safety, operations, and business intelligence solutions announces an update to its camera registry module for Genetec clearance™ (clearance) a digital evidence management system that facilitates collaboration between public safety agencies, corporate security departments, businesses, and the public. Video evidence is an invaluable tool to help investigators review events, assist the public, and solve crimes. However, the methods used to retrieve recordings from privately-owned cameras are cumbersome and time-consuming, as they rely on officers manually collecting video from the scene. Camera registry module The camera registry module for clearance offers an entirely digital and automated experience to facilitate the process and provides a new avenue for law enforcement to work closely with residents and businesses in their community. “Genetec clearance™ is now our overall case file with everything in it, including all of our evidence and case-related documentation,” said Captain Mike Bell, Identification Division Commander at the Galveston Sheriff’s Office in Texas. “Where we used to keep paper records, we now store everything digitally in clearance—including crime scene photographs, patrol photos from cell phones, interviews, and all our reports and records. And using clearance means that, when we have to work with case files for whatever reason, all of the data we need is right there at our fingertips.” Facilitating evidence collection Detectives can then review and preserve videos received from these requests directly The module allows cities and agencies to create a digital public safety program where businesses, public institutions and residents can enrol to assist with investigations. Once participants have registered their cameras, detectives can rapidly locate cameras nearby investigations and request recordings to facilitate evidence collection. Recordings are provided voluntarily by participants and are sent back to the authorities through a secure web portal. Video exports from any camera system can be shared, so business owners and residents can continue to use their existing equipment without incurring any additional costs to participate in the program. Detectives can then review and preserve videos received from these requests directly from clearance. Building closer partnerships “Investigators are under a lot of pressure to solve cases. Our goal is to provide cities and public safety agencies technology to reduce time spent on mundane tasks and provide methods to collaborate more effectively with businesses and the public.” “We’re pleased to offer solutions like Genetec clearance™ that can be used to build closer partnerships within communities and better leverage the full potential of evidence available to improve public safety,” said Erick Ceresato, Senior Product Group Manager at Genetec, Inc. 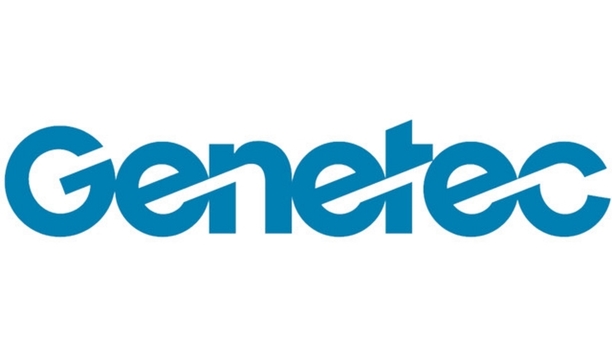 Genetec Inc., global technology provider of unified security, public safety, operations, and business intelligence has announced the new camera registry module for Genetec Clearance, a digital evidence management system that facilitates collaboration between public safety agencies, corporate security departments, businesses, and the public. Video evidence is an invaluable tool to help investigators review events and solve crimes. However, the process of retrieving recorded evidence from surveillance cameras deployed by cities and private businesses located nearby an incident is cumbersome and time-consuming. This can lead to delays in an investigation and increase the risk of evidence being missed. Genetec Clearance camera registry module The new camera registry module in Genetec Clearance simplifies the video request process and improves collaboration between businesses and public safety agencies. Organisations can share a registry of the cameras they’ve deployed —including surveillance cameras, body cameras, and on-board recorders from different manufacturers— to allow authorised users to rapidly identify cameras of interest and request video to assist in an investigation. The ability for administrators to customise request forms and their required approval workflow also ensures protocols are followed when releasing video to a requesting party. Once a request is approved, encrypted recordings can automatically be sent to an authorised investigation, while also maintaining the chain of evidence. Compatibility with varied video codecs The technology allows organisations to maximise the use of their staffing" Genetec Clearance supports a variety of video codecs, so recipients can easily review recordings from a web browser without having to download and install a separate video player. “The Genetec Clearance camera registry allows organisations to reduce the time to fulfill access requests and share video evidence between stakeholders operating across different systems, departments, and jurisdictions,” said Erick Ceresato, Genetec Product Manager. Fast access to video evidence Erick further said, “The technology allows organisations to maximise the use of their staffing and provides investigators faster access to evidence to help enhance their response, and focus on public safety within their communities.” 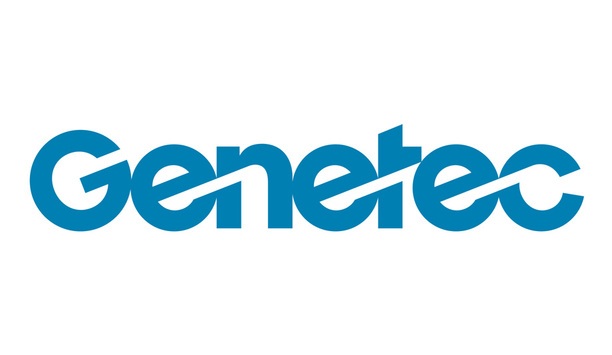 Genetec, a provider of unified security, public safety, operations, and business intelligence solutions announces the new ‘File Request’ feature for its Clearance digital evidence management system. The feature is designed to make it easy for the general public and private businesses to contribute to crime-solving efforts by sharing relevant video and photos from their cell phones and surveillance systems with law enforcement agencies.  The new feature is simple to use: investigators create a file request link or QR code that can be shared with the public in a variety of ways such as via social media, on the web or on the news. Contributors can then upload videos, photos, and other evidence directly into Clearance for police officers, investigators and security managers to review and use as part of their investigation. Since Clearance can accept a wide variety of proprietary file types and file sizes, it is easy for private businesses to upload digital evidence from their surveillance systems even if they are very large files. File Request feature Once uploaded, all case information remains private and secure and user actions are tracked to maintain chain of custody. The Clearance File Request feature also eliminates the need to create multiple copies using insecure means like DVDs or thumb-drives, and saves personnel time from having to drive out to gather evidence.  “As we turn to our phones to capture life’s events, and as video surveillance increases, so does the amount of digital evidence created by personal devices and private systems. For investigators, getting access to this evidence can be tricky, especially since large video files are difficult to share. With the new File Request feature in Genetec Clearance, agencies can quickly put out requests for evidence, and maximize their efforts when collaborating during an investigation,” said Erick Ceresato, Product Line Manager at Genetec. 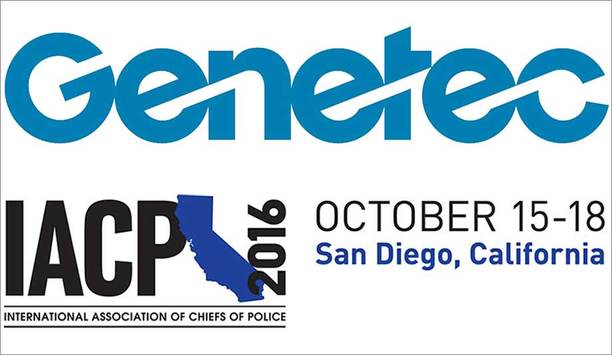 Genetec Clearance is expected to be available in Q4 2016 Genetec, a provider of open-architecture, IP security solutions announced Genetec Clearance, a case management system designed to speed up investigations by allowing different organisations to collect, manage and share video evidence and other relevant case information. Genetec Clearance will be showcased for the first time on booth #3517 at the IACP (International Association of Chiefs of Police) conference, taking place in San Diego, CA from October 15th to 18th 2016. Genetec Clearance is expected to be available in Q4 2016 via subscription, through certified Genetec channel partners and resellers. Single application to gather digital evidence Genetec Clearance allows police officers, investigators and security managers to gather digital evidence from a variety of sources (such as Genetec™ Security Center and other video management systems, body-worn devices, in-car systems and cellphone footage from bystanders and witnesses), and easily store, manage, review and share it from within a single application.  Genetec Clearance enables collaboration across independent agencies and private sector organisations. All pertinent files related to cases (video files as well as audio, images, documents etc.) are centralised and can be securely shared between investigators or requested by 3rd parties, without needing to physically ship or deliver the recordings. As the application is not licensed per seat, access can be shared with as many users as needed, without incurring any additional fees. With built-in video redaction (patent pending), the privacy of bystanders can be protected by allowing identifiable information to be masked before sending video to other stakeholders. All user actions initiated within the system, whether internal or external, are automatically tracked to ensure the chain of custody of the evidence is maintained at all times. Streamlined evidence sharing process "The increased evidence that is now available from video surveillance systems, body cameras, and from witnesses can help solve crimes. However, the sheer amount of data to be managed can also become cumbersome to process and review, increasing the time spent on case preparation, rather than the investigation. That's why we have developed a case management system to help automate certain tasks that are frequently performed manually today and to facilitate collaboration between law enforcement, corporate security departments, legal entities, and the public," explains Erick Ceresato, Product Manager at Genetec. "We have developed a case management system to facilitate collaboration between law enforcement, corporate security departments, legal entities, and the public" Organisations today are looking at ways to streamline their evidence sharing process while maintaining stringent audit capabilities. The growing volume of video recordings has become increasingly complex to manage and it is important for users to collaborate while also maintaining a clear chain of custody.  Assisting easy collaborations Larry Waite, Safe City & Corporate Security Manager with Ipswich City Council, Queensland, Australia recently evaluated Genetec Clearance. The Council routinely shares video with numerous outside entities and was looking to find a new approach to streamline the process. "Our existing tools did not allow the level of file sharing or auditability that Genetec Clearance offers. Being able to collaborate across teams and with the police department will speed up our case investigations process and reduce time and costs associated with collecting and sending recordings," says Waite. Integration with record management systems Because Genetec Clearance supports many common video codecs, video evidence can easily be reviewed, while also eliminating the time-consuming manual process of video codec conversion. Designed as an open platform, Genetec Clearance APIs can be used to integrate with 3rd party systems and automate the upload of video recordings and associated metadata to be reviewed within the system. Integration with Record Management Systems (RMS) enables law enforcement departments to automate the creation of new cases with their existing record system, reducing the need for duplicate data entry. Genetec Clearance is available on a subscription basis and includes access to all the latest software updates and features. Updates are automated within the system as they become available, requiring no additional intervention from the client’s own staff.