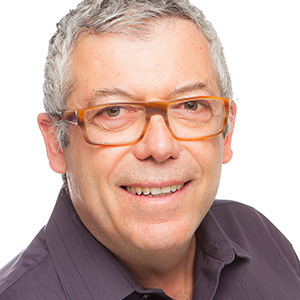 Emilio Martínez founded AGNITiO in 2004 with four partners and is currently CEO and Chairman of the board. From year 2000 to 2004, Emilio has held executive positions in several technology start-ups, such as Viaplus-Tech, a technology Web Portal, and AIA, a company offering unique security solutions based on proprietary Artificial Intelligence algorithms. Emilio has a strong background of working with technology companies and has been a part of companies such as Lucent Technologies Microelectronics, where he worked from 1991 to 2000. 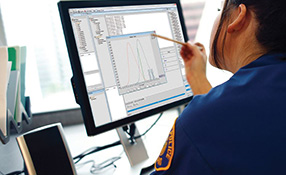 Voice biometrics is fast becoming a security imperative due to increasing instances of fraud and identity theft. From identifying customers at banks and call centres to securing mobile devices in a “bring your own device” world, the use of a person’s unique “voiceprint” is fast gaining ground as an identifier. The global voice biometrics market is expected to reach $4.7 billion (U.S.) by 2020. Much of it is being driven by the increasing need to improve security levels in industries such as banking, retail, defence and health care. AGNITiO’s voice biometric solution “The main push has been the need to have secure and friendly authentication procedures,” explains Emilio Martínez, CEO and chairman of voice biometrics provider AGNITiO. “We cannot continue torturing our customers by using long passwords. This cannot be the future.” Founded in 2004, the Spanish company developed a Speaker Recognition Engine that is able to filter the unique characteristics that the vocal tract imprints on the voice’s sound waves. As a dynamic biometric, the voice print can be stored on a computer server and used in the authentication process. It becomes very much like a password that can be revoked and changed to increase security. Voice biometric applications AGNITiO worked mainly with government agencies in developing security applications for mission-critical operations in more than 35 countries. The application has been deployed by police, intelligence agencies, and courts where it is used to prevent crime, identify criminals and provide evidence in court. Now voice biometrics has begun to move out of the public space into commercial applications. “The technology is safe enough to be used in authentication,” he explains. “The main application that we have seen so far has been in government and the next step was in call centres.” "The main push has been the need to have secure and friendly authentication procedures", says Emilio Martinez, CEO and Chairman, AGNITiO After its success in government, the technology is now being deployed in financial services and in call centres where customers must be identified during a phone conversation. Typically, authentication has involved asking a series of questions based on public records that assumingly only the caller can answer. Yet, fraudsters may know more about these authentication factors than the real person. Preventing call centre fraud has typically taken two different paths. One requires that each caller establish his or her identity through a strong authentication process. “The other way, which is how some of our partners are using voice biometrics, [is based on collecting voices of] those who commit fraud,” says Martínez. They create a “black list” of identified fraudsters, and use their voice prints to identify them in real time while they’re still on the phone. “So you don’t have to bother the one million good customers,” he adds. Multifactor authentication process Voice biometrics is becoming one part of a multifactor authentication process. This approach is gaining ground in the area of mobile devices, especially in corporate settings where workers are using their own smartphones and tablets, according to Martínez. “When you talk about ‘bring your own device,’ there are multiple problems security-wise that you have to solve,” he observes. “How do you protect that device and separate your own applications from the business’s applications? What happens when you enter the building? Perhaps you cannot access some of the applications depending on your location and how the system works.” Yet, all the layers of protection are useless if the wrong person gains control of the device. A vital aspect of security then becomes making sure the right person is using the device. Voice biometrics then becomes one part of the multifactor authentication process, which can be used depending on the needs of the employee and the particular environment in which he or she is working. Using a voice ID would not work in a noisy room where many people are present. Yet, it might be the authentication of choice at home or when gloves or dirty hands make fingerprint verification problematic. Future of voice authentication Martínez predicts that in the coming years voice biometrics will become increasingly secure and efficient at the device level. Eventually, all mobile devices will incorporate some kind of embedded voice recognition technology as part of multifactor authentication. Call centre customers will also see a greatly increased level of service and speed in which authentication will take place through normal speech.