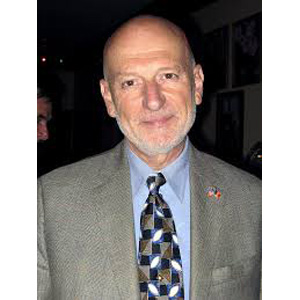 Wexler’s leadership guided Zero's expansion from traditional weather-stripping into new product lines Elias Wexler, long-time president of Zero International, was the guest of honour at a dinner on May 14 hosted by Zero's new corporate parent Allegion plc, a leading global security products and solutions provider. The special event, celebrating Zero joining the Allegion family, was held at the Harvard Club in New York City. Local customers as well as Allegion and Zero senior managers applauded Wexler’s accomplishments, as he was named “Zero International President Emeritus.” Anshu Mehrotra, Allegion vice president and general manager of the Americas mechanical business, was among those who recognised Wexler for his contributions to Zero. Wexler, who joined Zero in the late 1970s as its first engineer managing product development, became Zero's president in 1985. Elias’ unique stature “Thanks to Elias’ unique stature in the door and hardware industry, Zero has an amazing success story,” Mehrotra said. “His leadership guided Zero's expansion from traditional weatherstripping into new product lines, as well as global markets, while establishing Zero as the standard for quality and design innovation in sealing systems engineered to maximize the functionality and performance of doors and windows. We look forward to celebrating future achievements with him and the other newest members of the Allegion team.” After accepting his award, Wexler acknowledged Zero's customers as its most important asset, while also paying tribute to the Zero management team for enabling the company to continue extending its reach in product development initiatives. "We have never been satisfied. We originally developed air infiltration systems, and that wasn't enough. Then we wanted sound systems, and that wasn't enough… We wanted acoustical ratings, fire ratings, smoke ratings, radiation ratings," Wexler said. "This willingness to develop and grow could not have happened without the team that we have at Zero."

Zero’s suite of products will allow Allegion to emphasise on green building applications Allegion Plc, a leading global security products and solutions provider, has agreed, through Schlage Lock Company, to acquire Zero International Inc. Zero, a technical solutions brand, is a recognised leader in door and window products for commercial spaces. Allegion Senior Vice President and President of the Americas Tim Eckersley said that Zero is a valuable addition to the business portfolio that will help Allegion drive greater differentiation and compete more effectively in the new construction and aftermarket space. Zero's product lines include a full array of premium sealing systems, such as sound control, fire and smoke protection, threshold applications, and lites and door louvers. Like Allegion, Zero's products have an international presence. "Our team includes many talented specification writers for new construction projects, and we are particularly savvy in creating application-specific security solutions for institutional and commercial segments," Eckersley said. "With the high-quality and engineered product portfolio from Zero, we can expand our offering to include threshold and weather-stripping applications, bringing additional value to our customers. This will also allow us to leverage our impact in international markets where Zero already has a footprint." With this acquisition, Allegion expands its presence in the door and hardware accessories market. The new Zero suite of products will allow Allegion to increase its emphasis on green building applications that support heating and cooling efficiency, as well as delivering the sound dampening and fire and smoke sealing solutions that commercial customers are seeking. Zero President Elias Wexler said the acquisition was a strategic one for both companies. "I couldn't be happier to add Zero's product expertise to the Allegion portfolio," Wexler said. "There is a natural synergy between our two companies. We align not only in creating innovative solutions, but also in offering significant value to our customers. Allegion was the only company that I would consider taking this step with. The opportunities for growth are multiplied by working together."