Chairman of the Board, FLIR Systems

Mr. Lewis served as Chairman, President and Chief Executive Officer of the Company from November 2000 until his retirement in May 2013 as President and Chief Executive Officer. He continues to serve as Chairman of the Board. Mr. Lewis was initially elected to the Board in June 1999 in connection with the acquisition of Spectra Physics AB by Thermo Instrument Systems, Inc. Prior to joining FLIR, Mr. Lewis served in various capacities at Thermo Instrument Systems, Inc., with his last role as President and Chief Executive Officer. Mr. Lewis is a member of the Board of Directors of Harvard BioScience and NxStage Medical, Inc. Mr. Lewis is a Trustee of Clarkson University and New Hampton School. Mr. Lewis holds a BS from Clarkson College of Technology and has attended post-graduate programs at the University of Buffalo, Northeastern University and Harvard University. Mr. Lewis holds a Masters Professional Director Certification from the American College of Corporate Directors, a public company director education and credentialing organization. Qualifications: Mr. Lewis’ leadership of the Company for the past decade affords him a deep understanding of the Company’s technology and operations, as well as the markets in which the Company operates. Mr. Lewis’ prior service in executive management positions and his past and present service on other boards of directors, including public company boards, enable him to provide insight and guidance in an array of areas including global operations and strategic planning, enterprise risk management, and corporate governance. Mr. Lewis has played, and continues to play, an active role in the Company’s financial management and corporate development, including merger and acquisition activity. 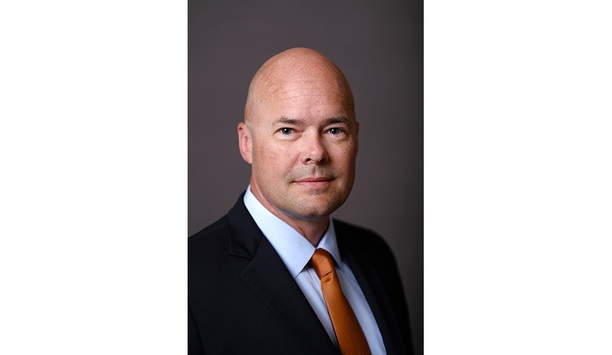 FLIR Systems, Inc. announced that James J. (“Jim”) Cannon has been appointed President and Chief Executive Officer, effective June 19, 2017. Mr. Cannon will succeed Andy Teich, whose retirement after 33 years of service was previously announced on February 14, 2017. Leading FLIR’s product and application portfolios Mr. Cannon’s extensive and varied leadership experience, together with his proven operational expertise and ability to adapt business strategies to meet evolving market needs, makes him ideally suited to lead FLIR and its portfolio of innovative technology-based products and applications. He previously served for more than 16 years in a variety of senior leadership positions at Stanley Black & Decker, Inc., most recently as President of Stanley Security North America & Emerging Markets. Prior to that, Mr. Cannon was President of the company’s Industrial & Automotive Repair (IAR) business unit, first in North America and subsequently in Europe and Latin America, before then serving as President of Stanley Oil & Gas. In addition to his global, cross-functional leadership experience at Stanley Black & Decker, Mr. Cannon served in the U.S. Army for 10 years as an infantryman and armor officer in a wide variety of assignments around the world, including Operations Desert Shield and Desert Storm in Iraq, where he learned to truly appreciate FLIR’s technology and was awarded a Combat Infantryman’s Badge. He later oversaw key security missions as part of the Army’s peace enforcement operations in Bosnia. Driving company’s growth “We are delighted to appoint a chief executive of Jim’s caliber,” said Earl R. Lewis, Chairman of the FLIR Board of Directors. “Jim’s proven track record of achieving strong results in both business and the military make him uniquely well qualified to serve as FLIR’s next CEO. Our Board of Directors conducted a thorough search process, in which Jim distinguished himself as a true leader of leaders and demonstrated his experience and adaptability running business units worldwide. We’re confident he is the right person to lead FLIR’s dedicated employees. On behalf of the entire Board, I’m pleased to welcome Jim and am excited to work closely with him as we continue to leverage the unique attributes of the FLIR brand and product portfolio to deliver increased value to our shareholders.” The FLIR brand is synonymous with continuous innovation and delivering value to customers around the world “The opportunity to join this outstanding leadership team and serve alongside over 3,000 talented FLIR employees worldwide as the Company’s next CEO is a great honour,” said Mr. Cannon. “The FLIR brand is synonymous with continuous innovation and delivering value to customers around the world. From my own personal experience having relied on FLIR technology as a combat veteran, I’ve seen firsthand the powerful, life-saving impact the company’s portfolio of solutions can have for our customers. Andy and the FLIR team have done a great job building out FLIR’s technology and business, and I’m excited to build on that success and drive further growth for the benefit of FLIR’s employees, customers, and shareholders.” Skilled experience As President of Stanley Security North America & Emerging Markets, Mr. Cannon held direct P&L responsibilities across five business units, managed over 5,000 employees, and oversaw the operations of numerous manufacturing plants and distribution centers. In this role, he successfully developed and executed a strategic plan that reduced complexity and cost while driving continued and sustained improvement. In his previous roles as President of Stanley Oil & Gas, President of IAR Europe & Latin America, and President of IAR North America, he demonstrated his operational skills by driving significant organic growth, increased efficiency, and improved profitability at each business unit. Mr. Cannon serves on the board of directors of Lydall, Inc. and holds a Bachelor of Science degree in Business Administration/Marketing from the University of Tennessee in Chattanooga. Mr. Cannon will be based out of the Company’s Wilsonville, Oregon headquarters.

FLIR Systems announces appointment of Cathy Stauffer and Catherine A. Halligan as Board of Directors

The new board members bring a range of brand management expertise, strategic marketing, and omni-channel business capabilities FLIR Systems, Inc. recently announced that Cathy Stauffer and Catherine A. Halligan have been elected to its Board of Directors, effective immediately. The addition of Ms. Stauffer and Ms. Halligan increases FLIR Systems' Board of Directors to 10 members, 8 of whom are independent. "I am pleased to welcome Cathy Stauffer and Cathy Halligan to FLIR Systems' Board of Directors," said Earl R. Lewis, Chairman of the Board of FLIR Systems. "With over five decades of executive marketing experience between them, these talented individuals bring to our Board a remarkable range of brand management expertise, strategic marketing, and omni-channel business capabilities, with particular focus in the consumer electronics industry. We are confident that Cathy and Cathy will be great resources for FLIR Systems and its shareholders." Catherine A. Halligan Ms. Halligan has served as an independent director and Audit Committee member with Ulta Beauty since January 2012. She served as Senior Vice President, Sales & Marketing of PowerReviews Inc., a leading social commerce network, from July 2010 to December 2011. Prior to joining PowerReviews Inc., from 2005 to 2010, Ms. Halligan held executive level positions with Walmart (including Vice President Market Development, Global eCommerce of Walmart and Chief Marketing Officer of Walmart.com). From 2000 to 2005, Ms. Halligan was an associate partner at Prophet, a management consulting firm. Previously, Ms. Halligan held executive marketing positions with Bluenile.com, Williams-Sonoma, and Gymboree. Cathy Stauffer Ms. Stauffer has owned and operated her own consulting company since 2005. The firm specialises in the development and marketing of technology products and assists clients in identifying and understanding key opportunities and market trends, and developing strategies and tactics for successful market implementations and executions. From 2004 to 2005, Ms. Stauffer served as Senior Vice President Marketing and Chief Marketing Officer for Gateway Computers, a global personal computer original equipment manufacturer and consumer electronics direct marketer. From 1977 to 1993 and from 1997 to 2004, Ms. Stauffer served in multiple capacities, including President and other executive roles, with The Good Guys, Inc., a regional consumer electronics specialty retailer.