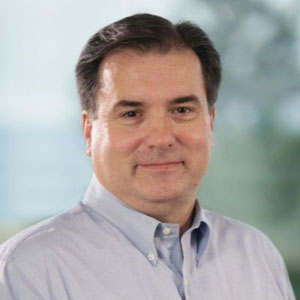 David Grinstead is Vice President of Global Sales at Tyco Security Products, where he leads commercial organisation for all of the company's brands and products. These include Access Control, Intrusion, Video and Integrated Solutions. 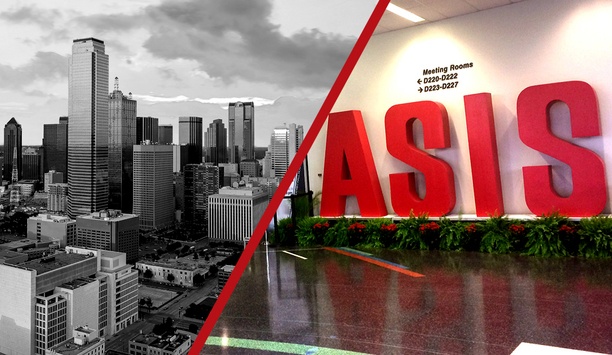 ASIS 2017 was off to a strong start on Tuesday, presenting a new wave of innovation to the U.S. security end user community. Many attendees to the Dallas show are well-placed in their companies to influence or direct the purchase of security products and equipment, and exhibitors sought to impress them with a range of new and enhanced options. Moving from integration to unification In general, the ASIS show has a quieter, less frantic feel than the spring ISC West show in Las Vegas. Conversations are more "intimate" than those common at integrator-focused shows. "End users are very honest about the challenges they are facing," observed Derek Arcuri, Product Marketing Manager of Genetec. "The challenges we are hearing are a symptom of similar problems we hear in conversations with other users. It's more than just technology, it's planning out the strategy and showing them how they can slowly inch toward their vision by investing in a platform that is open and unified." Unification is a buzzword you hear more and more often in the security industry, and unification means something beyond integration. In the case of Genetec, unification summarises a strategy that leverages an identical technology approach underlying every facet of a broad-based solution, including video, access control and other technologies. Arcuri says customers should commit to a unified platform and then use integration to accommodate existing installed products and enable a gradual transition to a systemwide unified system as costs allow. Among Genetec's current and future offerings highlighted at ASIS 2017 are vertical-focused product lines such as Airport Sense, Retail Sense and Traffic Sense, which offer specific capabilities and are all built on the Genetec unified platform. Johnson Controls accelerates product development A year after the headline-making acquisition of Tyco, Johnson Controls kicked off the first day of the ASIS 2017 exhibition with a press event revisiting the big story one year later. Johnson Controls says they are making significant investments in engineering to ensure accelerated introduction of products in the video, access control and intrusion categories – around 100 engineers have been added to the product development team, a 15 percent increase. A press conference by Johnson Controls kicked off the ASIS 2017 exhibition, about a year after their headline-making acquisition of Tyco "As we have come together, all the positives have been realised," said Brian Young, Johnson Controls Senior Vice President of Global Sales and Marketing. The complementary nature of the two businesses -- a prime motivator promoted when the acquisition was announced last year -- has been realised in many ways, including how the technology platforms work together, and even the sales cycles (Johnson Controls typically has a longer sales cycle, while Tyco's business moves faster.) "We are starting to deliver real value," says David Grinstead, Global Vice President and General Manager of Security Products. Johnson Controls executives estimate the overlap of the two businesses is about 15 percent, which translates into 85 percent of new opportunity for crossover business to enhance both operations. March Networks transitions to video software Companies are changing as the market changes. March Networks is transitioning from being a hardware provider to developing software reporting tools that can increase the value of video and data by correlating the two. "Video is becoming more of an operational feature that every institution wants to have. We are more of an information company than ever, focused on software and services," says Peter Strom, President and Chief Executive Officer. "We are seeing how video can play a role beyond security." For example, March Networks' new Searchlight for QSR (quick service restaurants) combines video with various data points, such as those provided by point of sale (POS) systems, to provide a "dashboard" to help a business owner track his business (with data tied into video to enhance the value). Video is stored locally, and data is stored in the cloud; the service is provided for a monthly fee. The company has similar data-driven products in other verticals: Searchlight for Retail and Searchlight for Banking, both providing a "360-degree view" of a business.  March Networks has historically emphasised the importance of cybersecurity - driven by demands of its financial and retail verticals Cybersecurity in the video surveillance market March Networks also has historically emphasised the importance of cybersecurity -- driven by demands of the financial and retail verticals they play in. Their cybersecurity approach predates by a decade or more the current concerns in the market, says Strom. March Networks is among the companies that see video taking a new, higher profile among customers -- and not just for security applications. Two verticals that March Networks is active in -- financial and retail -- have been especially impacted by the transition to broader use of video in a company. At ASIS 2017, March Networks is also announcing integration of Patriot One Technologies' covert weapons detection solution with video. The cognitive microwave radar technology detects concealed handguns and other types of weapon, and sends real-time alerts to security. The system is "trained" and continues to "learn" after deployment, getting better and smarter at detecting hidden weapons with each screening. Arecont Vision emphasises ease of use Arecont Vision continues on its theme of making it easier for integrators to install products. They have extended "no-touch" remote setup to the MegaDome G3 Series. A vari-focal motorised lens can be set up remotely in any position with pan, tilt, focus and zoom. The remote setup avoids a technician having to stand on a ladder to adjust and fine-tune the image, which takes extra time and can be hazardous. The MegaVideo 4K 8.3 megapixel camera also has multiple motorised lens options for remote setup. Arecont Vision plans to carry the approach through its entire product line over time, expanding ease of installation to an ever-broadening array of products. This is just a sampling of what I saw and heard on the first day of ASIS, with plenty more still to come. Read SourceSecurity.com's Day 2 coverage here 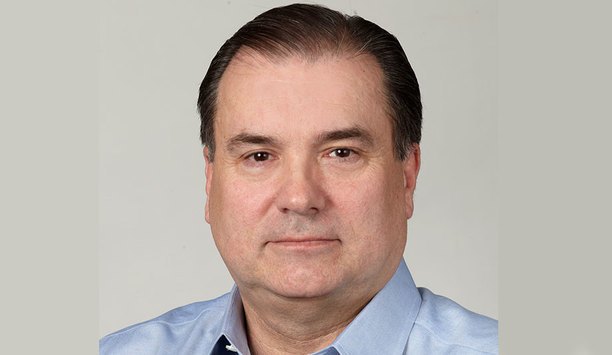 Grinstead will be responsible for the organisation’s sales, marketing, product management, innovation, engineering and operations Johnson Controls has announced that David Grinstead has been named Vice President and General Manager, Global Security Products, a newly created position within Johnson Controls, to oversee all of the company’s security products operations. Technology leadership growth Grinstead leads Global Security Product’s operations, and will be responsible for the organisation’s sales, marketing, product management, innovation, engineering and operations, which includes nearly 3,000 employees. In his new role, Grinstead will lead and direct technology leadership growth in such market categories as access control, video surveillance and intrusion and helping to accelerate these offerings from a security perspective as part of the overall building management solution. Innovative security technologies “David’s experience in leading our global sales organisation uniquely qualifies him to bring innovative security technologies to market, and deploy them in an economically viable way to make improvements to the everyday lives of our customers,” said Bill Jackson, President, Global Products, Johnson Controls. Grinstead most recently served as Vice President, Global Sales, Tyco Security Products, for 10 years, where he managed the global sales forces and consistently grew sales year over year. Prior to joining legacy Tyco, David held commercial leadership positions at such firms as Tucows, Sinclair Technologies and Voice Mobility.

Addition of these products allows Monitronics to offer a portfolio of reliable security and home control devices   Tyco Security Products is pleased to announce that Monitronics has selected the DSC PowerSeries Neo platform and the DSC Touch all-in-one smart panel to be part of its authorised dealer programme, a network with more than 600 dealers from throughout North America. A portfolio of up-to-date security devices The addition of these two products is part of Monitronics plan to offer its dealers a portfolio of the latest and most reliable security and home control devices. PowerSeries Neo is a flexible hybrid intrusion platform that offers a wide range of devices with PowerG Technology. DSC Touch is a 7-inch smart touchscreen panel that supports security, life safety and home control technology. Dealers who are part of the Monitronics Authorised Dealer Program will be able to purchase and install devices from the PowerSeries Neo suite of products and the DSC Touch smart panel, and in turn receive financing for each account. “We are pleased to be included in Monitronics Authorised Dealer program and to be able to offer dealers the latest and most innovative hybrid intrusion platform available on the market today,” said David Grinstead, Vice President of Global Sales, Tyco Security Products. “Our PowerSeries Neo platform leverages our industry leading PowerG wireless technology and offers a full suite of sensors, including door /window contacts, smoke detectors, PIRs and motion detectors with integrated cameras.”  The DSC Touch smart panel offers remotely managed upgrades to ensure software is kept up-to-date Product flexibility for dealers Bruce Mungiguerra, Senior Vice President of Operations for Monitronics, believes that product flexibility gives a major competitive edge to companies in its dealer program. “We give our authorised dealers freedom to offer the latest technology from the best manufacturers and distributors,” Mungiguerra said. “We’re constantly searching for attractive options that will help to drive business growth, and the PowerSeries Neo and DSC Touch will handle even the most demanding needs of our customers.” PowerSeries Neo is designed to cut operational costs for dealers and provide ultimate reliability for end users. The platform leverages a powerful combination of state-of-the-art technologies infused with PowerG 2-way wireless communication to deliver secure, reliable communications channels, innovative alarm verification solutions and a robust remote service software suite. Remote Diagnostics Software allows Monitronics to diagnose, inspect and maintain the system without having to travel to the customer premise, and System Administrator software enables easier end-user system maintenance. DSC Touch offers cloud based firmware upgrades that are managed remotely to reduce truck rolls and to ensure the latest software updates are incorporated into the system. It includes Android-based software, Alarm.com integration, dual-path connectivity with integrated Wi-Fi and Cellular and Z-Wave enabled technology.