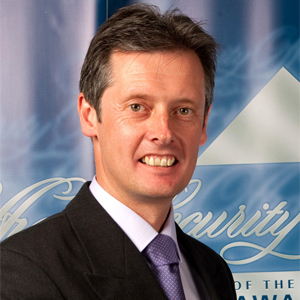 Company has passed two quality audits with further improved scores & zero improvement needs Security specialist Pilgrims Group Limited has officially been ranked in the top 5% of all the UK’s 800 security companies, having passed two quality audits with further improved scores and zero improvement needs. Pilgrims beat its previous score with the Security Industry Authority (SIA)’s Approved Contractor Scheme (ACS) as well as passing the International Organisation for Standardisation (ISO)’s audit with outstanding marks. Company’s work with City of London Police praised Two areas of good practice were particularly identified by the SIA in their report. Firstly, Pilgrims training portfolio, particularly the unique eGuarding™ training package which won the ‘Training Initiative of the year’ at the Security Excellence Awards, its new Xpatter™ database, which reports on international incidents and hot spots and is available as a mobile app, and the LifeSaver™ product, which provides customers with a series of scenarios with key incidents, such as fire, burns and vehicle safety. Also praised was the company’s work with the City of London Police and the local Chamber of Commerce and its support for the Cross Sector Safety and Security Communications hub. The ACS audit measured Pilgrims service against 89 criteria, with a score of 0 considered a pass. Pilgrims score increased on last year yet again, representing a significant pass in all areas with no improvement needs required. Company’s services ISO tested The ISO tested the quality of the company’s services and standard operational procedures, including emergency procedures, general duties, technical and administration. The audit of Pilgrims teams revealed no non-conformances, either major or minor. “A thorough external assessment of what you do is vital to maintain quality and drive improvement in any industry. The audit is an effective way to do this and this shows our clients that we meet, and in many ways exceed, all the criteria and standards set by the SIA who drive regulation within the industry,” says David Freear, Pilgrims Group Chief Operations Officer. “Our membership of this scheme is extremely important and it’s a credit to our team that we have achieved such a high rating.”