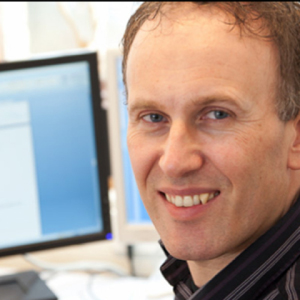 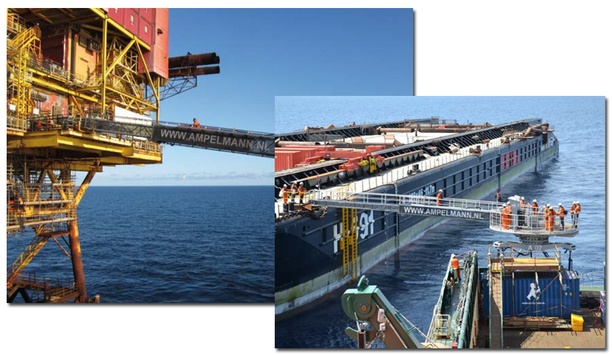 Ampelmann provides solutions that allow people to safely disembark from ships onto offshore structures. The company has equipped all of its systems with high-resolution MOBOTIX cameras for visual access control, on the recommendation of JB Systems, Ampelmann’s industrial automation partner. High-tech offshore transport Ampelmann was founded in 2008 as a spin-off of the Delft University of Technology. The company developed an innovative platform that compensates for the motion of the sea, allowing people to disembark from ships at sea onto offshore structures – even when there are heavy waves. The company strives to make disembarkation from ships at sea as easy as crossing a street on land. Safety requirements and legislation for the offshore sector are constantly becoming stricter. To keep up with these developments, Ampelmann has grown significantly over the past few years and now numbers over 300 employees. The company initially focused on providing systems to customers working in the North Sea. Ampelmann went on to broaden its horizons and has installed approximately 45 of its systems around the world to date. “We were invited to work on developing a control solution for the Ampelmann prototype shortly after the company was founded,” reports Cor Blok, Sales Engineer at JB Systems. “We were very interested in taking on this project, since we greatly prefer using our expertise and experience to help our clients develop innovations instead of simply providing them with standard systems.” Visual access control Each Ampelmann system consists of a telescopic gangway and a stabilising platform. The systems are installed on ships – offshore workers can safely and easily board offshore structures to perform the necessary installation and maintenance work. The disembarkation point lies roughly 20 metres away from the ship’s control console, which calls for an additional visual control closer to said point. "MOBOTIX cameras areparticularly easy for us tointegrate as they are high-resolution, all-in-one videosolutions with sound,memory, processors andcomprehensive video software" “The disembarkation point represents our greatest potential safety hazard. High-resolution cameras let us carefully observe it from a distance,” Blok continues. “To find the right camera for the job, we conducted tests comparing ones made by various brands. A MOBOTIX camera emerged as the clear winner. It’s a compact all-in-one solution that perfectly withstands the weather conditions on the high seas. The cameras made by other brands were all larger and heavier than this one, since they were made to withstand dust and water in industrial environments. We’ve integrated the MOBOTIX camera that we chose into all of the Ampelmann systems – it’s mounted onto a signal light pole located right in front of the disembarkation point. That way, it lets us see whether it’s safe to disembark. By the way, this signal light pole – this ‘Ampelmast’ – is where Ampelmann got its name.” Integration with industrial controls JB Systems is a MOBOTIX partner based in Vlaardingen, Netherlands, that specialises in industrial automation applications. The company belongs to the Hoogendoorn Group, a subsidiary of the privately held company Batenburg Techniek, and employs a total of 850 people. JB Systems planned and developed the electrical control for Ampelmann’s entire system, including the hydraulic drive. “We use joysticks and Siemens HMI software on an industrial computer screen to deploy and install each Ampelmann system,” explains Blok. “The live feed from the MOBOTIX camera is also displayed in a special window on this HMI screen. The operator can enlarge this image as necessary or expand it to a full-screen view. We worked with M12D cameras in the beginning. We switched over entirely to M15D models after they came onto the market, since they feature both day and night lenses. MOBOTIX cameras guarantee that employees of Ampelmann’s customers can disembark safely "As a partner of both large and small companies with critical processes, we pay a great deal of attention to the quality of all the products we use. MOBOTIX has had an excellent reputation in its field for many years. Moreover, MOBOTIX cameras are generally maintenance-free, which allows our customers to save on operating costs throughout the entire product lifetime.” Safe disembarkation guaranteed “For our company, the best thing about using MOBOTIX cameras is that they provide our operators with a good view of the end of the gangway,” says Johan Holster, Manager of Motion Control Operations at Ampelmann. “As such, the cameras help us guarantee that our customers’ employees can disembark safely. Speaking from personal experience, I can confirm that the cameras really hold their own against the rough weather conditions in the offshore area, and that the day/night switchover works very well. Generally speaking, the cameras we’ve installed worked perfectly, which is exactly what we wanted.” JB Systems also provides MOBOTIX cameras for Ampelmann’s cargo transfer systems. These systems consist of combined transfer and lifting systems. The high-resolution cameras make it easy to closely follow loads as they are lifted. “They’re particularly easy for us to integrate as they are high-resolution, all-in-one video solutions with sound, memory, processors and comprehensive video software,” says Blok. “Moreover, each MOBOTIX camera can work fully automatically as well as with other IP cameras in a network, which increases the number of potential applications. For example, we’ve installed an ATEX version with a special housing for potentially explosive industrial and offshore environments.”