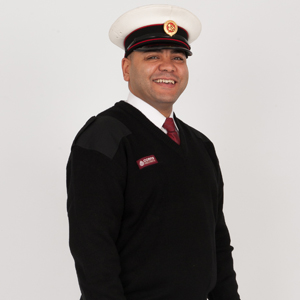 Clarence Hyman won the award for ‘Best Newcomer’ in the London round of judging A local Security Officer from Middlesex has been awarded a prestigious British Security Industry Association (BSIA) Regional Security Personnel award for ‘Best Newcomer’ in the London round of judging. Strong drive to learn more about security industry Clarence Hyman, 35, has been working for specialist security provider, Corps Security, on a major contract for well over a year in South West London. Since his introduction to Corps Security he has demonstrated and delivered customer service to the highest levels. Indeed, his own personal high standards have also served to improve the performance of the teams around him. Described as having a natural willingness to go above and beyond his duties to ensure he leaves a lasting positive impression wherever he goes, Clarence has demonstrated a strong drive to learn more about the security industry - providing a knowledgeable service to customers and stakeholders – enhancing the customer’s experience. Clarence has even provided voluntary mentoring for new recruits to make them feel welcome to the team and to ensure they are conducting their duties in the correct manner when representing the organisation by sharing his personal knowledge of best practice. Upon hearing of his success, Clarence commented, “I’m completely humbled by winning this award. Initially I was very nervous coming into an industry that I knew nothing about, so I am so grateful to win this award and very pleased that I made a career change. But to make that change I had to work for the right company - and Corps Security was that company. It holds the same values and standards that I believe in. I have tremendous loyalty towards Corps and a willingness to help make it the industry leader and I thank them for the faith that they have put in me.” Clarence to now enter into national phase of the awards Clarence will now be entered into the national phase of the awards. If he is successful in the second round of judging, he will be invited to the BSIA’s annual lunch on July 15th where he will be presented with the national award. These esteemed awards are currently in their seventeenth year – having been sponsored by Camberford Law since their inception – and serve to acknowledge the successes of those working within the security industry. The BSIA would also like to thank Camberford Law plc - specialist insurance brokers to the security industry - for their continued support.