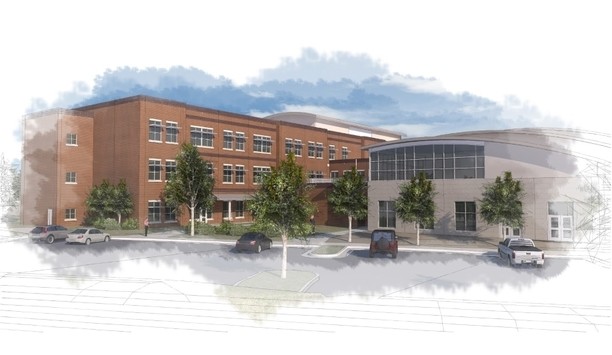 3xLOGIC, Inc., a provider of integrated, intelligent security solutions, and a three-time Deloitte Technology Fast 500 winner, announced that Chapel Hill-Carrboro City Schools (NC) have standardised on 3xLOGIC hybrid NVRs across their expansive school district. “This school district has always been ahead of the times, they’ve had video surveillance and access control in place for 15 years,” explained Chuck Harrelson, President, Sonitrol of the Triangle, and integrator and consultant for the district. “School Resource Officers (SRO) consistently rely on the video feeds and controlled access to help them effectively execute their duties.” Video surveillance via cameras for enhanced safety The district has 23 education and administration buildings, all equipped with a mix of analogue and IP cameras. At upwards of 90 to 100 cameras at some locations, Chapel Hill-Carrboro has video from several hundreds of cameras system wide. “The 3xLOGIC hybrid NVRs are great, upon installation we didn’t have to take out any legacy analogue cameras. Now, when an analogue camera fails, we install a 3xLOGIC IP camera. That is so much better than asking the district to write a huge check when we upgraded the system,” said Harrelson. About a year ago, Sonitrol of the Triangle convinced the district to start using 3xLOGIC's VIGIL Central Management (VCM). “Health monitoring (VCM) has been a big help, so many times the SRO or administration person wouldn’t notice that a camera or NVR was down, or they would know but neglect to tell us. Then, there would be an incident, and invariably we would not know equipment had been malfunctioning. Now, we often roll a truck and fix the problem before they know they have a problem. This takes the responsibility off the schools and shows us to be pro-active problem solvers,” said Harrelson. 3xLOGIC multi-sensor devices ensure video verificationWe’re going to be adding more Multi-Sensors to solve the issues of false alarms caused by the challenges of a large facility" After network health monitoring, Harrelson and his team worked to get the district to move toward installing Video Verification capabilities. “We donated 3xLOGIC Multi-Sensor devices to each school and integrated them with state-mandated panic buttons that are monitored by our Sonitrol central station.” “Our goal with the donation of the Multi-Sensor devices was to provide live video verification in the event a panic button is pushed. Such verification can be invaluable information to responding authorities. Also, we’re going to be adding more Multi-Sensors to solve the issues of false alarms caused by the challenges of a large facility with so many people coming and going. For example, when a coach comes back with the team late at night and forgets to properly disarm the system, the Multi-Sensor provides live video to our monitoring centre to let them know what is causing the alarm. By partnering in this way, we’re trying to put the district in the very best position to succeed with their security programme and technology.” “On our campuses, video surveillance is a vital part of our overall security strategy, and the ability to have video verification of alarms is an enormous improvement. In addition, with 3xLOGIC and Sonitrol Triangle ‘health monitoring’ of our network, we have high confidence we’ll know immediately when any equipment isn’t fully functioning. The fact that both video verification and health monitoring integrate with our overall security system is a huge plus,” commented William J. Mullin, Executive Director of School Facilities, Chapel Hill-Carrboro City Schools

Summit Security customises security systems that include local and hosted intrusion in North Carolina Honeywell recently added Summit Security Systems to its First Alert Professional dealer programme. Summit Security customises security systems that include local and hosted intrusion, access control and video verification technologies for homes and small businesses in Raleigh, N.C. The company is a new extension of Sonitrol of the Triangle, which for the past 16 years has established itself as a leading provider of commercial security systems and services throughout central and eastern North Carolina. Summit Security will draw from Sonitrol of the Triangle’s expertise in the industry and continue to operate under the same values in the residential market.  “There are many security system providers who rely on ‘800’ numbers to communicate with customers before and after an installation,” said Chuck Harrelson, president of Sonitrol of the Triangle. “Summit Security prefers to focus on understanding the needs specific to each customer in order to deliver a higher-quality level of service. Honeywell’s First Alert Dealer Programme mirrors this level of commitment and the network will be an asset as Summit works to establish itself as a leader in the residential security market.”  The First Alert Professional Dealer Programme is one of the United States’ most exclusive and prestigious security dealer programmes. It provides customised support in sales techniques and marketing strategies for intrusion, fire, CCTV and access control systems in commercial and residential facilities. The highly regarded First Alert Professional product line is available only through the network.