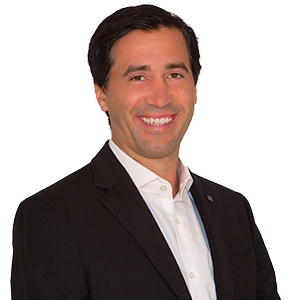 Chris is a serial entrepreneur and security expert with over 20 years experience using technology to detect and prevent threats. He has dedicated his career to building proactive solutions to security threats. He is an anti-hacking expert who pioneered network security solutions during the dot-com boom, and mobile payment security during the rise of mobile computing. Chris is an award-winning innovator, published author, and member of the Forbes Technology Council. But above all he is an inventor dedicated to making the world a better place. From 2010 – 2017 he co-founded and was the CTO of Revel Systems, helping grow it from 0 to 800 employees and a $500 million evaluation. Chris developed the technology behind the company’s iPad point-of-sale system. When everyone said it was impossible, Chris made it happen. Chris also designed Athena to create a safer world - one where real threats are quickly identified and neutralised, and where the innocent wouldn’t be profiled as a threat without just cause.  Christopher is also a certified Thermographer, which is the study of infrared devices and how they work and should be operated.

How to prevent your surveillance camera system from being hacked