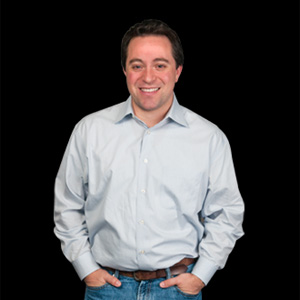 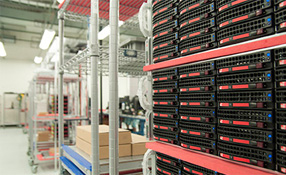 MBX Systems: Working behind the scenes to optimise pairing of software and hardware

Sometimes companies want to buy their physical security software separate from the servers it runs on. Other times, companies prefer to buy an “appliance” – a purpose-built machine that is perfectly matched with the software it is running. The latter category is especially popular among small- and medium-sized business customers. For example, preconfigured video management appliances contribute an element of simplicity. That’s why you see video software companies – Genetec, Milestone, and others – coming out with pre-loaded appliances that match up their software systems with just the right hardware to optimise (and simplify) operation for small- and mid-sized end user customers. Pre-configured appliances are also used in access control applications. It was this trend that brought MBX Systems to the ASIS 2014 show in Atlanta. MBX is seeking to become the “hardware arm” of software companies in the security market; in effect, to provide a soup-to-nuts solution that matches software with the right combination of off-the-shelf and customised hardware to yield a pre-loaded and preconfigured appliance solution. The company incorporates off-the-shelf computer servers from manufacturers such as HP and also customises any cosmetic or mechanical components a system might need. “Our focus at ASIS was to attract other exhibitors to our booth,” says Chris Schmidt, MBX Systems director of sales and marketing. “We were showing solutions that are preloaded onto a server or a PC. What we have found in the past is that exhibitors want to be able to see that you are there and investing in the same shows they are investing in. Then, at their leisure, they come to your booth and get a better understanding.” For dealer/installers, installing a single, pre-configured and pre-loaded system can be a huge time-saver. Also, using a pre-loaded system, there is less price transparency so end users are less likely to expect dealers to match low-margin pricing of generic server equipment. End users also have one company to deal with warranty claims.  “Customers want something they can take out of the box, put it in a rack or closet and, boom, you have what you need,” says Schmidt. “They don’t want a whole data centre.” "We work with the software companies to hone in on what’s the best combination of hardware and software, adding things along the way, and then private-labelling or branding it" Schmidt compares MBX Systems’ role to that of Foxconn, the Chinese company that works behind-the-scenes with Apple to make products such as the iPad and iPhone easy to use right out of the box. “We work with the software companies to hone in on what’s the best combination of hardware and software, adding things along the way, and then private-labelling or branding it,” he says. MBX Systems also handles the support and after-sale warranty. Customers MBX already partners with related to the security market include Agilence and BAE Systems. Chris Nietzold, MBX Systems’ senior platform engineer, sees a trend toward systems that require higher bandwidth and greater performance requirements. Given the trend, there is a higher likelihood that software could be deployed on a hardware system that is already feeling resource strain or may not be adequate for the application. Pre-loaded hardware prevents the problem. “They want something they can push right to the edge with bandwidth and performance,” says Nietzold, and custom-matching the right software and hardware delivers on that expectation. “You don’t want your security system competing with general computer systems,” adds Jeff Luckett, MBX’s director of engineering. In the case of retail stores, for example, there may be an appliance configuration that is consistent across hundreds of locations. “It depends on the software vendor, but some want each system to be turnkey. We have to input all that information so the store manager can just plug it in,” says Nietzold. Smaller end users have historically been among the final hold-outs using analogue technology. The perceived (and real) complexity of integrating IP camera systems are an obstacle to implementing the technology, especially among companies that may not have IT-savvy staff members to trouble-shoot the technology – and even among dealer/installers whose IT resources may be limited at best. The role of companies like MBX Systems will likely increase in our market as dealers and end users demand IP solutions that are as easy to implement as analogue.