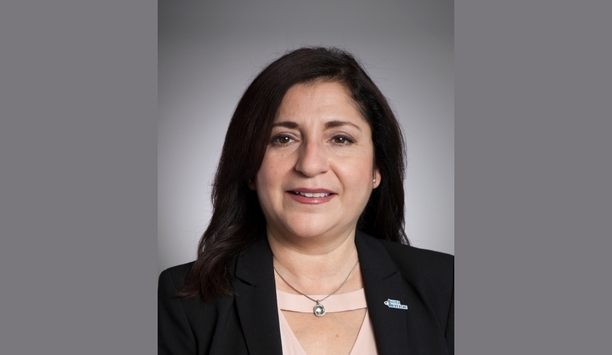 Allied Universal, a facility services company and a security force provider in North America, has announced that Catherine King, Senior Vice President, Recruiting and Staffing, is a featured speaker at a Capitol Hill briefing on employment needs of unemployed older Americans on Friday, January 19 from 1:30 to 2:30 p.m. EST at the U.S. Capitol Visitor Center, Room SVC-203-02. The briefing will provide an introduction to the U.S. Department of Labor’s Senior Community Service Employment Program (SCSEP). “Older Americans, who represent a growing part of the U.S. labour force, struggle to find jobs after becoming unemployed,” says Catherine King. “I am proud that Allied Universal is working with SCSEP to help older adults find jobs and increase their economic self-sufficiency. We benefit from the skills, talents, and experiences of programme participants we have hired thus far and look forward to bringing on more.” Opportunities for 11,000 seniors In 2017, the company hired nearly 11,000 seniors as security professionals and in administrative roles. That’s over 7 percent of Allied Universal’s workforce, and it’s growing. Last year, the company also launched its Partners in Employment Community-Based Organization Program (PIE CBO) to help recruit older adults. Organisations that refer seniors can earn a referral payment of $400 per candidate hired. “We network with a number or groups like AARP to reach this population,” King continued. “They are attractive workers because of their high work ethic and dependability. They are the children of 'the greatest generation.’” The SCSEP briefing will explore factors driving the conversation for employing older workers, such as an increase in life expectancy and workers prolonging retirement. Hosted by U.S. Senator Patty Murray, the other speakers include Kelly S. Mikelson, Ph.D., Research Associate, Urban Institute, who authored the white paper The Role of SCSEP in Workforce Training for Low-Income Older Workers; Sharron Holquin, a former SCSEP participant who will share how she turned her work-based training into a full-time job; and Joseph McCarley, Project Director, TERRIFIC, Inc., who will discuss his organisation’s experience in hosting SCSEP participants.

This selection exemplifies Paul's commitment to investing in the future of the community AlliedBarton Security Services, the industry's premier provider of security personnel, announces that the Inner Harbour Project has selected Paul Stab, Vice President Business Development and Sales Effectiveness, as a board member. The Inner Harbor Project, a local youth advocacy group, serves as an agent of social change for local teenagers who are leaders among their peers. The Project equips young men and women with research and professional skills, while challenging students to come up with solutions to a variety of social problems. "This selection exemplifies Paul's commitment to investing in the future of the community," said Catherine King, AlliedBarton Senior Vice President, Client Experience. "The Inner Harbor Project is a meaningful organisation that provides an invaluable service, and is a direct reflection of our core service values." Stab has been with AlliedBarton since 2008, and has served as Vice President of Business Development throughout this tenure. He's a 1997 graduate of Rutgers University with a degree in Business Administration, as well as 2013 Northwestern University graduate from the Kellogg School of Management's Executive Security Leadership Course.

Catherine will oversee the company's acquisition, retention and growth of client relationships AlliedBarton Security Services, the industry's premier provider of highly trained security personnel, announces the appointment of Catherine King as Senior Vice President, Client Experience. King previously served as Vice President/General Manager for AlliedBarton's North Central region. "Catherine has a unique blend of security, sales and staffing experience which is a valuable resource for AlliedBarton's clients," said Carol Johnson, President and COO, AlliedBarton. "Catherine will oversee the company's acquisition, retention and growth of client relationships, and help direct the development of tailored security solutions for our new clients." King's role is to ensure that the company continues to deploy the resources, processes and capabilities necessary to deliver consistent and differentiated sales and service delivery experience for AlliedBarton clients. King has over 20 years of sales, marketing and operational experience. Prior to joining AlliedBarton, she served as Country General Manager for the Hudson Highland Group in London. She held executive positions with Adecco Group and Kelly Services.