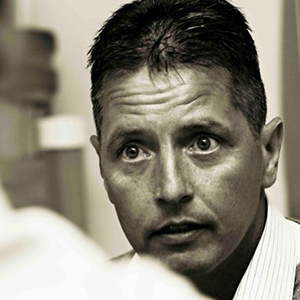 Brendan is the Director in charge of FOUR Security. As a lead Risk & Assurance Consultant, his role is to provide clients with a holistic review of their end to end operations, to ensure the Operational Requirement is aligned with the development of focused physical security solutions. This consultancy advice is coupled with the development of operational processes and procedures, which support overall operational effectiveness and commercial benefits. He also specialises in conducting Business Continuity and Security Policy reviews, reviewing and writing of global Security Specifications, and ensuring systems are installed and maintained in a compliant manner, aligned to industry and legislative requirements. Following a career in the Royal Air Force as a Weapons Technician specialising as a Bomb Disposal Operator, Brendan joined FOUR Group in 2010, to develop the company’s delivery of client focused Risk and Assurance.  His experience and expertise lies in advising on operational risk and its impacts, security system specification, design, project management of the clients’ requirements against fixed programmes and initial and follow-up Audits. The identification of new and innovative technologies is key to our client’s security and operational strategies, through the focused management of trial to install projects. Brendan is able to provide evidenced-based reviews and reports against agreed criteria to senior stakeholders. Brendan's experience incorporates retail, logistics and supply chain operations, public space CCTV, risk management, change management, physical security systems, process and procedural development, project management, and compliance. 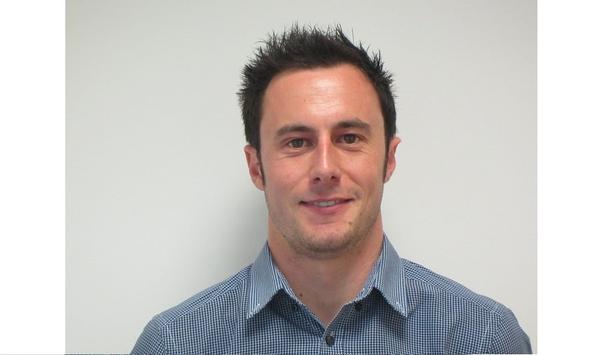 Evolution, the integrated fire and security systems business, has promoted Richard Desay to the role of Technical Solutions Architect to further enhance its Risk and Design capabilities and expertise. Richard is responsible for the design and production of detailed technical security systems – including Intruder Detection, Perimeter Protection and Fence Line and Security Lighting – modified and bespoke to meet specific customer requirements and in accordance with relevant regulatory legislation and standards. Richard joined Evolution in 2016 as a Technical Sales Engineer. Prior to joining the business, he spent over 10 years at the Atomic Weapons Establishment (AWE) as a Security Systems Engineer and Designer. High security environments He will report directly into Evolution Head of Risk and Design, Brendan McGarrity. “I’m pleased to welcome Richard to the team and look forward to working closely with him,” Brendan said. “Richard has extensive experience of technical system design, with a strong pedigree of working in high security environments including Government, Nuclear and Military, and with a proven ability to identify risks in processes and procedures and implementing appropriate measures and actions to mitigate and reduce them.” “Evolution is a business that continues to grow and expand,” Richard said. “I’m pleased to be a part of it and I’m excited to get stuck into this new role, working closely with clients to design and deliver systems that meet their exact requirements.” 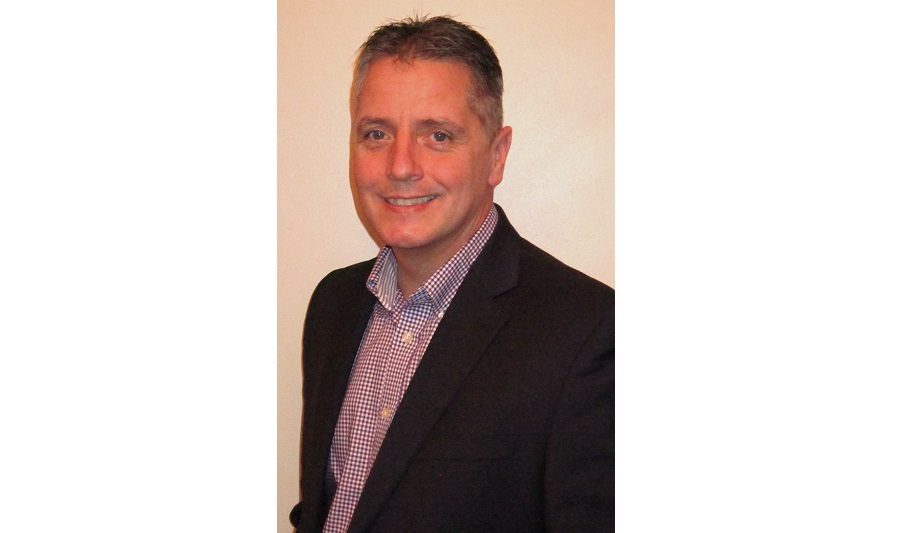 Brendan McGarrity, Head of Risk and Design at Evolution, the integrated fire and security systems business, has been admitted to the Register of Chartered Security Professionals. Becoming a Chartered Security Professional is a means of being recognised and continuing to represent the high standards and ongoing proficiency within the Security Industry. It is the gold standard of competency in security. Brendan says he is proud and honoured to have been recognised by the Register as a CSyP: “The values of the Register, achieving and maintaining the highest standards of delivery as set out by the CSyP Code of Conduct and competencies are very important to me on both a professional and personal level and something I am committed to sustaining and supporting.” Register of Chartered Security Professionals To be admitted, Brendan had to complete a rigorous and challenging application process, which included submission of a detailed application, followed by a Security industry-related research portfolio, undergoing a professional interview and presentation process. His knowledge, practical application, communication, leadership and commitment were assessed and verified by a panel of independent industry experts. Brendan joined Evolution in 2018 as Head of its Risk and Design division, leading the skilled team to provide security design and specification services to third-party integrators, installers and clients. He and the team continue to meet the needs of their clients with systems that deliver exactly what they set out to achieve. The Register of Chartered Security Professionals was established under a Royal Charter issued to the Worshipful Company of Security Professionals in the UK and launched in 2011, it continues to grow support the raising of standards across the industry for betterment of the industry and those that use its services. 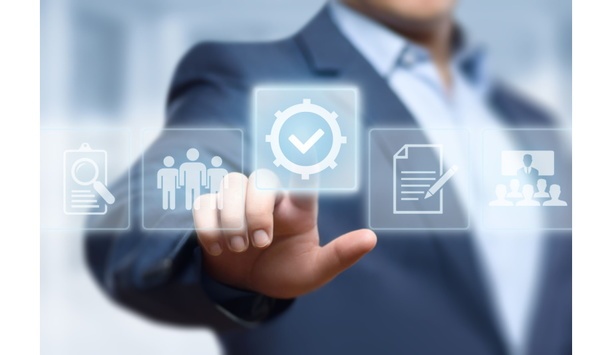 Businesses are at risk of falling behind if they fail to see the advantages of good governance, and the benefits it can bring according to Evolution, a renowned integrated fire and security systems business. Brendan McGarrity, Head of Risk & Design at Evolution, argues that ‘box ticking’ to meet a legal, regulatory or compliance obligation should not be the strategy to adopt and implement: “I’m sure we’ve all been guilty of ‘ticking a box’ either because we don’t understand or believe in something but need to get it off our desk. I am sure, also, that there are some of those with a security remit who do much the same when it comes to governance in relation to Risk. But there are clear advantages and true benefits to be realised from good governance.” Make continual improvements Brendan quotes, as an example, a Quality Manual: “To some, it is a manual that once completed can sit on a dusty shelf or lost in a drawer, never to see daylight again unless and until a quality inspection is due. Then there are others who see it differently, as a proactive tool to make continual improvements to a business and its operations.” Brendan notes certain sectors, such as the pharmaceutical or high-tech electronics industries, embrace quality readily, and realise the benefits such an approach can bring, but others are less willing until an event that obliges them to see and think differently. Surveillance Camera Commissioner They also realised the commercial and operational benefits that SCC compliance could bring" He also pinpoints the Surveillance Camera Commissioner (SCC) as an interesting case and highlights the example of a major retailer who sought SCC accreditation, not because they had to, but because they realised the benefits to be had: “The business was not obliged to have SCC accreditation; it did not need to tick a box. It did so to demonstrate genuine leadership and strategic influence across the sector. The senior stakeholders were engaged and found to be suitably impressed, and their brand and reputation enhanced among stakeholders and customers alike." "They also realised the commercial and operational benefits that SCC compliance could bring, benefits that far outweighed the costs not least an increase in Public confidence in the way the systems were operated and managed. Though such compliance was not essential to their business, neither was it required to meet any regulatory obligations, they saw it as a business enabler, and one that gives them competitive advantage.” Volume-based installers That, Brendan says, is the key point: “Good governance should be a differentiator,” he concludes. “High-end integrators see it as an opportunity to put distance between themselves and the volume-based installers who are perhaps not as focused on building long-term relationships. But it only becomes a differentiator, if the true benefits are properly understood and realised.” 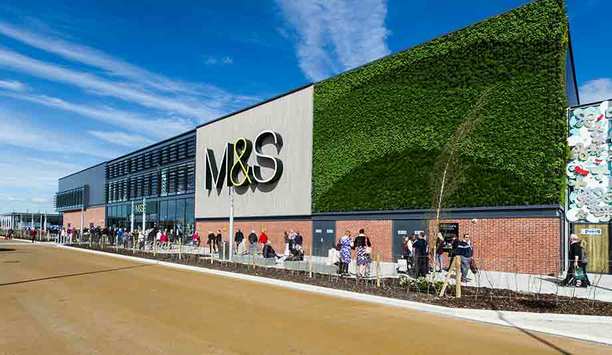 The surveillance system provides a safe and secure shopping and working environment SSAIB, the UK and Ireland’s security, fire, and telecare certification body, has confirmed that, following an in-depth audit, major High Street retailer Marks and Spencer has achieved the Surveillance Camera Commissioner’s Certificate of Compliance. In a move personally praised by the Surveillance Camera Commissioner, Tony Porter, M&S voluntarily sought the certification and is the first retailer in the UK to demonstrate compliance with the Surveillance Camera Code of Practice. Customer and staff protection Protecting its customers and staff, by providing a safe and secure shopping and working environment, is crucially important to the company, which realised that adopting the Code would provide transparency and consistency throughout its operations. Added-value benefits have also included cost reductions, for example through value management and rationalisation of CCTV systems against their need and purpose. A reduction in the installation programme has additionally saved costs and minimised retail disruption. The certification, awarded by the Surveillance Camera Commissioner, follows an audit conducted by SSAIB’s Lead Assessor Stephen Grieve, which covered all of Marks & Spencer’s operations, from its head office through to distribution centres and retail stores. In practice, it means that the company has been found compliant with the 12 guiding principles of the Surveillance Camera Code of Practice (in accordance with the Protection of Freedoms Act 2012). M&S’ Head of Corporate Security, Clint Reid, worked in partnership with Four Security Consultants Ltd to meet the certification standards and comments, “We are optimistic about the potential improvements in protecting our people and working environment that gaining the SCC CCTV certification will bring.” “This move has significantly raised the profile of CCTV within M&S and is an important source of operational information” Operational and commercial benefits Brendan McGarrity, Head of Four Security Consultants, adds: “We praise the vision and tenacity of Clint and his team in realising the importance of gaining this certification and the hard work they put in, helping us achieve it with them. This move has significantly raised the profile of CCTV within M&S and is an important source of operational information. The increased awareness of M&S’ surveillance capability, together with the quality of its CCTV equipment, has resulted in managers being more willing to use the data to help them realise operational and commercial benefits.” Meanwhile, Surveillance Camera Commissioner Tony Porter notes that: “For a retailer of Marks and Spencer’s size to achieve full certification against the code is no mean feat at all. They are not required to comply with the code and have done this voluntarily, which makes it all the more impressive. Working with Four Group and SSAIB they have been able to demonstrate they comply with the code across their vast estate. If an organisation of this size can achieve certification there’s no reason why anyone else can’t and shouldn’t.” Adaptable and flexible approach Stephen Halpin from Four Security Consultants, who worked with SSAIB’s Stephen Grieve throughout the certification process, declares that a key element in achieving compliance was SSAIB’s flexibility. “SSAIB provided an adaptable and flexible approach, whilst remaining firmly within the scope and spirit of the SCC’s certification standards,” he explains. “This allowed M&S to demonstrate its compliance with the code in both practical application and process compliance. SSAIB remained impartial, providing advice and guidance whenever needed, and took into consideration the operational challenges of a large retail operation while working with us to deliver the successful accreditation. Included amongst the legacy commercial and operational benefits of certification is a clear understanding of the future requirements to maintain certification over the next five years, thanks in no small part to the adaptable and supportive approach of SSAIB.”