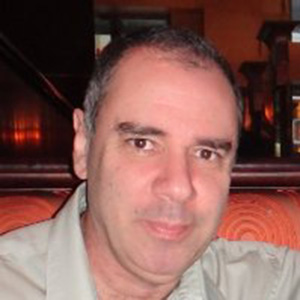 Margovskiy previously held the position of Director of Manufacturing, through which he was responsible for building higher quality products, scaling capacity and improving margins. He is an accomplished industry professional with over 20 years of diverse experience working in international organizations as well as new start-up. He is a decisive and committed leader and is able to critically analyse as well as resolve tactical challenges whilst maintaining a strategic perspective and customer focus.

These key appointments are part of Viscount's strategy for strengthening management depth & growth Viscount Systems, Inc., a software company driving the convergence of physical and logical security solutions, announced recently the hiring of Yvonne Zheng as its Principal Financial Officer, and the promotion of Boris Margovskiy as the team’s Vice President of Operations.   Yvonne Zheng - cost control & streamlined business strategy Yvonne Zheng has served as Viscount’s Internal Controller since September 2015 and has more than 15 years of professional financial accounting and analysis experience. Prior to joining the company, Zheng served as Senior Accountant for the global finance team at Colliers International Group Inc., a publicly traded real estate company, and was Lead Financial Analyst at TIO Networks Corp., a publicly traded bill payment processing company listed on the Toronto Stock Exchange. Over the course of her career, Zheng has also held financial reporting and accounting manager roles at leading organisations, including HSBC Bank Canada, where she assisted with managing global financial planning, and Unicom Guomai Communications Co., Ltd., a public telecommunications company that traded on the Shanghai Stock Exchange. Zheng holds an MBA from Laurentian University and a bachelor’s degree in engineering from Shanghai University. Zheng is also a Chartered Professional Accountant and has been a member of the Certified General Accountants Association of Canada since 2010. “Yvonne is a proven financial professional whose strong management and analytical skills will help us execute Viscount’s fiscal goals in 2016 and beyond,” said Scott Sieracki, CEO, Viscount Systems. “We believe Yvonne’s expertise, energy and focus will be instrumental in implementing better cost controls and a more streamlined business strategy while positioning the organization for continued growth.” Boris Margovskiy - leading operational improvements Viscount is also announcing the promotion of Boris Margovskiy into the role of Vice President of Operations. Margovskiy previously held the position of Director of Manufacturing, through which he was responsible for building higher quality products, scaling capacity and improving margins. “Boris has been with the team through a number of important product and business transitions, and we’re excited to reward his performance and be able to further leverage his expertise to lead the next phase of operational improvements in the coming quarters,” said Sieracki. “These recent leadership appointments are an important part of strengthening the company’s management depth and preparing the organisation for the next level of growth.”