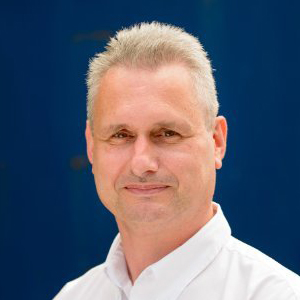 Bill Mead currently serves as the MD of Videcom Security Ltd. He is an electronics engineer who trained in Swindon where he initially studied City & Guilds Radio and Television servicing, and then moved onto industrial computers. In the 90s, Bill moved into the mainstream CCTV market, installing some of the key UK City and Town Centre systems. His specialist skills include security management, software installation, wireless networking, integration, etc. 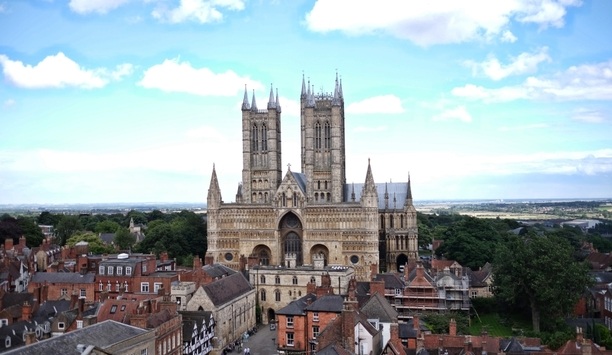 Redvision provides a software development kit (SDK) to allow NVR and VMS manufacturers to integrate and control its new rugged Full HD RV30-1080 & 720 PTZ camera range. Comprehensive integration of all PTZ functionality The SDK is presented in exactly the format control system developers require for comprehensive integration of all PTZ functionality. Bill Mead, MD of Videcom Security Ltd, recently integrated the company’s VNR control system with Redvison’s HD IP PTZ camera, explains: "Redvision is a product partner of Videcom Security. The company provided us with a Firmware and SDK package based on the ONVIF integration protocol. This allowed us to integrate our VNR control system with the RV30-1080 rugged PTZ, for use in local authority applications, where we are widely used and specified. The integration of video cameras and control systems is key to the successful implementation of IP CCTV systems. To this end, Redvision provided their SDK in such a way that our developers could complete the integration within 24 hours. This turn-around is unheard of with most other camera manufacturers and testament to the clear and simple way the SDK is presented. Not only that, the integration is far more comprehensive than most. It includes variable speed PTZ operation, essential for applications with direct operator control, with almost no joy-stick latency. Wipers and IR lamps can be switched on and off and all pre-sets, night and day mode operation and tours are enabled through our VNR" Both the 1080p and 720p models of the Redvision HD camera series share the same SDK integration. The 1080p model, with IR and white light illumination switched on, is effective up to 120 and 100 metres respectively, with operators recognising people at up to 40 metres. By comparison, the 720p model is effective up to an impressive 200 metres, with operators identifying people at 70 metres. Video compression format options include H.264, MPEG4 or JPEG and both models have a 30x optical and 12x digital zoom.

Videcom installed Silvernet MAX 95 and MAX 500 links to achieve high speed IP transmission of video When North Lincolnshire Council commissioned town centre specialists, Videcom Security to install a new public safety CCTV camera system in Winterton, the specification called for the images captured by the cameras to be transmitted without loss, to its central control room 28 Kilometres away in Scunthorpe. Traditional transmission methods using leased fibre to transmit the cameras back to Scunthorpe was neither a practical option nor cost effective, so Videcom, recommended a secure wireless IP network solution manufactured by SilverNet. Winterton is a small town with a population of 4,700 people. North Lincolnshire Council decided to fund the installation of the video surveillance system in order to deter and detect anti-social and criminal activity and by doing so, demonstrate its support of the local community and businesses by creating a safe town centre environment. 24/7 monitoring of live video, as well as access to recorded images, was considered to be essential if the video surveillance system was to be effective and it made sense for this to happen at an existing, fully equipped central control room in Scunthorpe. “Having been responsible for maintaining the Scunthorpe town centre video surveillance system for the past eight years, we were very pleased to have been awarded the contract to provide the complete solution for this project,” said Bill Mead, Executive Director of Videcom Security. “We sourced full HD ONVIF LG fixed cameras and Redvision IP PTZ domes to provide coverage within Winterton Town Centre. Having very successfully worked with Silvernet on other projects, including Scunthorpe and Brigg, we had no hesitation in recommending the installation of MAX 95 and the new high capacity MAX 500 wireless transmission links, both of which are from the SilverNet PRO range, to achieve the objective of high speed IP transmission of video over the required 28 Kilometres.” Videcom Security has installed two new Silvernet MAX 500 links back-to-back, high up on the southern tower of the Humber Bridge, whilst seven pairs of MAX 95 links have been installed to collect the cameras locally at street level, producing a resilient solution with high capacity Backhaul transmission. “Installing the SilverNet links on the south tower of the Humber Bridge was an interesting challenge, but overall, with careful planning and safety induction, it proved to be an uncomplicated installation process,” said Danny Harsley, Senior Network Engineer for Videcom Security. “The key to success for any project which involves wireless network transmission is to carry out a detailed site survey and work with the manufacturer to calculate the bandwidth requirements. As a result of doing this, we have been able to supply the client with a solution which utilises transmission equipment that is stable and has a huge throughput capacity. “Silvernet are Videcom’s preferred IP Wireless Partner. They provide us with excellent pro-active pre-sales and installation support, as well as first class training.”

SilverNet's high capacity Backhaul links facilitate transmission of images captured by cameras located throughout the town centre The SilverNet Wireless network has been deployed as part of a project to upgrade the town centre’s video surveillance system which has also seen the opening of a new state-of-the-art CCTV and public safety control room installed in Watford Town Centre. This has been designed to help police respond quickly to any incidents, whilst also providing the opportunity to monitor traffic flow and the supply of live updates for the Highways Authority. Waltham Abbey based Videcom Security were awarded the contract to provide an IP Network based solution which would support the existing town centre cameras, whilst providing an easy upgrade path to ONVIF compliant Full HD cameras and control equipment that Watford Borough Council may wish to deploy in the future. “One of our top priorities as a council is making Watford town centre as safe as possible for residents and visitors, no matter where or when they visit,” said a spokesperson for Watford Borough. “The relocation of our control room within Watford Police Station means that we can provide a faster, more efficient and joined up service, and that is good news for all of us!” The SilverNet's high capacity Backhaul links which provide a full duplex resilient ring, the 240 Mbps trunk links and 95 Mbps uplinks were used to facilitate the transmission of the images captured by 60 high resolution cameras located throughout the town centre to a central control room where SilverNet’s SilverView Network monitoring software is working alongside a Synectics Synergy command & control solution and bespoke VNSoft remote monitoring software.   By being able to take advantage of the latest advances in network wireless technology, Videcom Security were able to minimise installation time and costs by negating the need for the laying of new cabling and engineering work and also giving the local authority significant ongoing revenue savings associated with the existing Telco leased circuits which were previously used for CCTV video transmission. The SilverView network management software enables SilverNet wireless equipment and the installed video codecs or IP cameras to be collectively managed regardless of their physical location, via a PC. It features an ultra-easy to use on-screen dashboard which eliminates the complexity normally associated with the management of complex network systems. “SilverNet is our preferred technology partner for wireless network solutions and our decision to recommend its Wireless solution for this particular project has been more than justified" “Working closely with Mike Skett of Goodwill Associates, an independent security consultancy, we utilised the expertise of our engineering team across a number of disciplines including CCTV, Electrical and Project Management, in order to meet the client's expectations for this project,” said Bill Mead, Executive Director of Videcom Security. “Despite having a deadline of just twelve weeks and the challenge of working through one of the worst winters on record, we managed to complete the project on time and on budget.” “SilverNet is our preferred technology partner for wireless network solutions and our decision to recommend its Wireless solution for this particular project has been more than justified by the performance of the equipment which all worked ‘out of the box’ and has helped make this project a jewel in the Videcom portfolio. The equipment was delivered exactly when we needed it and we were impressed by the support provided by the SilverNet team at every stage including site survey assistance, factory pre-testing, training and technical advice during the installation and commissioning process.”