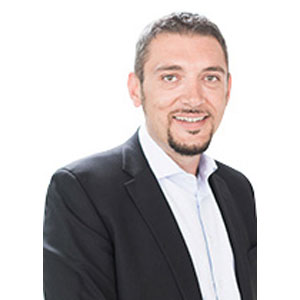 Sony recently announces that its highly regarded 4K SNC-VM772R video security camera will be available to purchase in Europe from October. Designed to address the security industry’s concerns around achieving both high resolution and high sensitivity, as well as increased system costs, the new model combines the enhanced resolution of 4K with low-light sensitivity, bandwidth optimisation features, and intelligent scene capture to adopt the best picture quality. Ability to capture content at four times the resolution of Full HD Announced as part of Sony’s 4K mission, the camera will give security users the ability to capture content at four times the resolution of Full HD. With the exceptional detail provided by 4K technology, security professionals can expand their wide area surveillance and still capture, magnify and examine the smallest parts of a scene with a single camera. The SNC-VM772R camera combines these benefits with enhanced visibility, reduced total system costs and flexible, easy installation. "4K is soon to be a video security standard," said Damien Weissenburger, Business Head of Corporate & Education Solutions, Sony Professional Solutions Europe. "But 4K imaging is about more than just increased resolution. It's also expanding the application potential of security cameras and helping to transform security and surveillance. The increased resolution of Sony’s 4K video security camera covers a larger area, improves situational awareness and ensures nothing is missed – all benefits the market has been crying out for. We’ve already received substantial interest in the SNC-VM772R across Europe and the product promises to be a real game changer for the market as customers unlock the true value of 4K imaging." Innovative features Fiegl + Spielberger, an Austrian electro-technology company which specialises in bespoke security concepts is the first to provide the SNC-VM772R to its customers in Europe. The company is already using the model at a large bakery for surveillance across the site, from production areas through to the car park. “Innovation like 4K camera technology is essential when it comes to meeting the growing demands of our customers” says Bernhard Bachofner, Managing Partner at Fiegl & Spielberger Solution GmbH. "From our point of view, the biggest advantages of the new camera are its innovative features. When combined with the higher resolution, they open up a host of new opportunities in large-scale surveillance”. The introduction of the SNC-VM772R to the security industry extends Sony’s 4K leadership in the broadcast and production industries, where Sony’s 4K cameras are shooting blockbuster movies, popular television shows and major sporting events. Sony’s 4K digital cinema projectors are in movie theatres worldwide and Sony’s 4K TVs bring content to consumers.