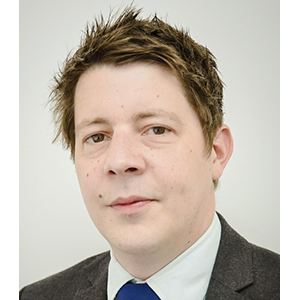 Ben Davies is the South East Sales Manager at Videx. He has completed his education from Kingsthorpe Upper School, Northampton, United Kingdom. 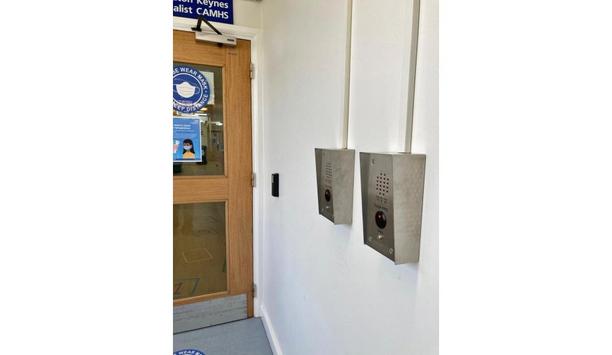 Milton Keynes University Hospital has installed a Videx VX2200 system, one of the UK’s renowned access control manufacturer’s flagship door entry systems with 5178 hands free audio units and touch free entry points. Through opting for a touch free entry solution, the hospital has been able to reduce physical contact between people to help stop the spread of Covid-19. Four independent units were installed by ST Fire and Security in different buildings of the hospital. One was installed at The Campbell Centre, a 38-bed acute inpatient mental health unit, another system fitted at the hospital’s dental surgery, a system fitted at the entrance of urgent care and a final one at Eaglestone Health Centre which is a specialist Child and Adolescent Mental Health Service (CAMHS) facility. Audio apartment station Simon Turpin, Owner of ST Fire and Security, said: “The Videx VX2200 system with hands free audio apartment station and touch free entry points delivers huge benefits to the hospital by safeguarding patient, visitor and NHS staff safety as well providing easy and convenient access. The new system reduces waiting times as when a visitor uses it, someone in the building is immediately notified and will come to see them to complete entry.” “The Videx kit is the only one on the market currently that can offer convenient access in a touch-free way - they’re highly useful in helping the hospital ensure people stick to the designated one way system in place.” Touch free access Proximity access control can be added allowing authorised personnel to enter buildings touch free" As well as providing touch free access, the Videx system has replaced an existing system that had failed, affecting secure and convenient access to and from The Campbell Centre. The Videx solution means no patient or member of staff is waiting for access into the secure mental health unit, safeguarding patients and employees. Ben Davies, South East Sales Manager, Videx UK, said: “Our touch free access control range has proved hugely popular in recent months as minimal contact remains key to reducing the spread of the coronavirus. The range offers both exit buttons and entrance panels in a touch free format using infrared sensor technology, providing a no touch solution for businesses as they focus on creating a COVID secure environment for their employees, partners and customers.” Bespoke entry panels “Proximity access control can be added allowing authorised personnel to enter buildings touch free, which is particularly useful for hospitals and other NHS buildings such as GP surgeries and urgent care facilities. We can also provide fully customised options, offering bespoke entry panels and exit buttons that are in keeping with the surroundings of the building whether that’s a specific hospital ward, GP surgeries, or dentist practices.” 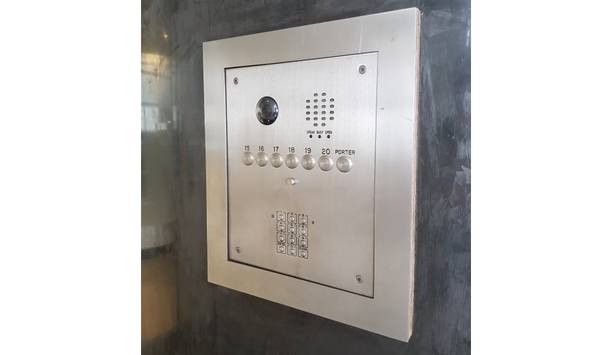 Videx, in partnership with Enterprise Security Technologies, has successfully installed a complex door entry management system at Connaught House, which provides private residential housing and commercial offices in the heart of London. The key access control requirements were to provide a secure easy-to-use system with 24-hour video door entry to visitors, and providing a clear image of the person arriving. The door entry panel also had to be designed to specific requirements so that it could be easily installed into the existing environment. Talking about the installation, Ben Davies, South East Sales Manager at Videx, said: “Most residents at Connaught House are internationally based - as far away as Saudi Arabia and India - and they come and go from their properties, using their apartment as a London base, but they mainly live elsewhere. Providing secure and convenient access control was therefore an absolute priority. Lower expense and time spent A key aspect of the project was to also install a system that was specifically designed to meet the client’s needs so a bespoke panel was created so that the old panel could be replaced, using existing cables, without expense or time spent on making alterations to the surrounding brickwork or having to repair any damage from the installation of the new panel.” Enterprise Security Technologies, working closely with Videx, recommended and installed the Videx flagship VX2200 digital door entry system to ensure the security of the apartments and building but also allow easy and convenient access as well as 24-hour contact with a concierge and security team. Videx VX2200 overcomes challenges Neil Cook, Director at Enterprise Security Technologies, added: “It was a complex project but by matching the client’s bespoke requirements to one of Videx’s leading door entry systems, we were able to overcome the challenges presented, quickly and smoothly. Residents can clearly see visitors on a video image and grant access easily if needs be or contact a 24-hour security team immediately if required. We recommended that our client chose the Videx VX2200 system because of its audio and visual qualities coupled with its ease of use.” 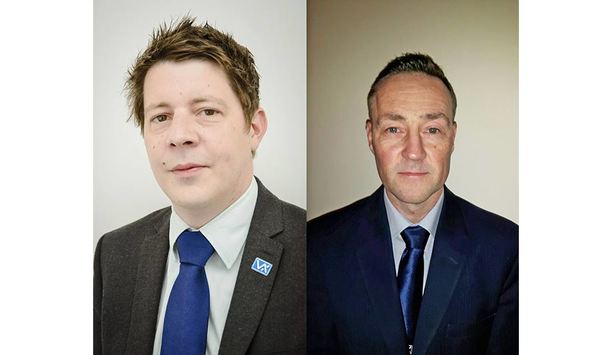 Videx, the providers of door entry and access control, have appointed new sales managers to drive business opportunity and growth in key areas across the UK and Ireland. Previous experience Ben Davies joins the firm as South East Regional Manager with over 10 years’ experience in the door entry market where he has worked for several high-profile access control companies in the UK. He excels in generating new business, growing the profitability of existing clients and exceeding sales targets and, as such, is a welcome addition to the Videx team. Billy Paton takes on the role of Scotland and Ireland Manager, where he will be responsible for generating new business across both countries as well as managing existing customers and relationships. Billy has worked in the access control sector for nearly 20 years, working for numerous security, installation and door entry sales companies. Developing client relationships Neil Thomas, National Sales Manager at Videx, said: “Hiring both Ben and Billy is a coup for us as they bring with them a wealth of relevant and specialist experience from their time in previous roles. We are really looking forward to introducing Ben to our client base in the South East and Billy to those in Scotland and Ireland and seeing how they will develop relationships with them moving forwards. It’s great to have them both on board.” Speaking about his new role at Videx, Ben said: “I’m very excited to join and share my experience with the Videx team. I have always had a lot of respect for the business and the people within it having watched its transformation over the years into a leading door entry and access control manufacturer in the UK.” Billy added: “My role is heavily proactive and sales focused and I will be spending a lot of time with existing and potential clients where I will be looking to expand the current partnerships that Videx have in Scotland and Ireland and also develop new relationships. I cannot wait to get started.”