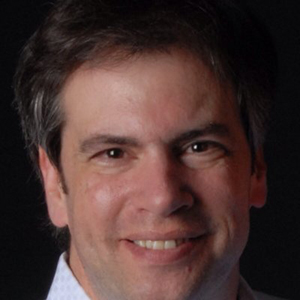 Avi Rosenthal is a passionate management executive with 20 years’ experience in the Information Technology/Consumer Electronics convergence space creating successful start-ups and building successful organisations. He has a proven ability to identify strategic opportunities to gain market share and capitalise on market opportunities to drive revenues, profits, and growth. Some of his strengths include: Leadership – He founded one of the most successful and well-known Residential Systems Integration firms in the United States according to CE-Pro Magazine. He also established a new category of automation in the hospitality industry. Team Building – He built and managed strong sales, marketing and technical teams for a multitude of companies.

Nortek’s GoControl offers security and convenience with a full line of wireless home control products As security providers and custom installers expand their product lines to include home automation devices, Nortek Security & Control LLC, a Nortek Company, introduces the new GoControl® smart home portfolio that brings added safety, security and convenience to the smart home with a full line of wireless home control products. GoControl devices work seamlessly with Nortek Security & Control's own 2GIG® system and with many of the most popular professionally installed control platforms, security systems and DIY control hubs in the market today.  Home safety devices "These products are a great way for dealers and custom installers to create more sales opportunities with their customers," said Nortek Security & Control's Vice President of Security & Control, Avi Rosenthal. "GoControl makes it easier for these specialty providers to add additional layers of convenience and control to their customers' home and grow their businesses simultaneously." The new GoControl line currently includes the smart thermostats, smart lighting and electrical products, smart security devices including sensors, sirens and motion detectors, smart garage door control, smart outlet modules, and will continue to expand into different smart home control categories. The choice of many of the top providers of security and control systems globally, Nortek Security & Control is the number one provider of Z-Wave compatible devices to the industry. The new GoControl products are interoperable with other certified Z-Wave devices in the home to ensure point-to-point coverage and complete scalability of the smart home network.  The GoControl portfolio is now available from security and automation distributors Tri-ed, ADI and Wave Electronics, among others and will be on display at CEDIA Expo in Dallas in the Core Brands (a Nortek company) booth #4128 and the Z-Wave Alliance Pavilion booth #2900.