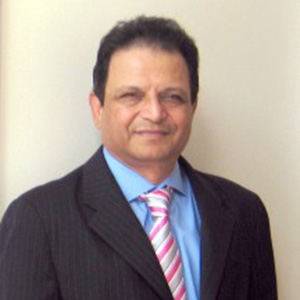 Puri has more than 25 years of leadership experience in startups, corporate and defence environments Oncam Grandeye, the security division of Oncam Technologies, announced recently that Anish Puri will be its Vice President of Engineering Technology. Puri has more than 25 years of leadership experience in start ups, as well as in corporate and defense environments. At the beginning of his career, he built Polaroid’s India Software Center from the ground up, creating the New Delhi infrastructure and hiring and training the software development team, which he managed from Massachusetts for ten years. As Senior Principal at Raytheon Corporation’s Missile Defense Center in Woburn, Mass., he led software proposal responses for ballistic missile defense radar systems that had average monetary awards anywhere from $20 million to $100 million. After that, he joined United Technologies as its senior software manager for airborne surveillance systems for customers in the U.S., U.K. and wider NATO countries. “We are pleased to welcome high-caliber people such as Anish,” said Firas I Bashee, Group CEO, OncamTechnologies. “With his extensive background in engineering and management, we feel confident we will attain the developmental goals we have established, as we make inroads in new markets with our innovative and disruptive technologies.” “I am energised and excited at the prospect of working with such a world-class organisation. It’s truly a joy to work with people who all have a singularity of purpose, and I saw that everywhere I went at Oncam Grandeye,” said Puri. “I’m looking forward to the future!”