Anil Chitkara is Co-Founder and President of Evolv Technology. Anil is a senior executive with extensive experience driving market entry and revenue growth through new businesses and products based on innovative technologies. 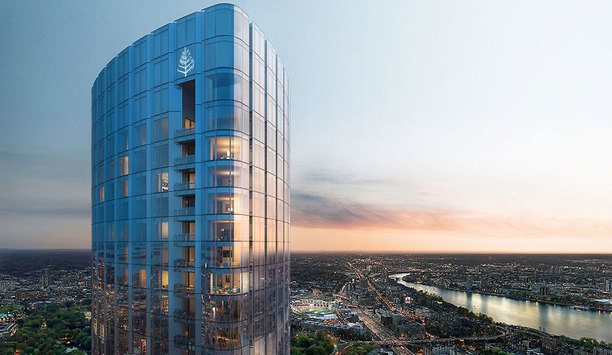 As the Four Seasons Hotel and Private Residences One Dalton Street rises to claim its place on the Boston skyline, details inside the building are also taking form. One Dalton developer, Richard L. Friedman, President and CEO, Carpenter & Company, set out to find the most innovative companies in the security industry, tasking them with developing a plan for Boston’s tallest residential building. Seamless and safe security The result of Friedman’s search is three key partnerships: former Head of the U.S. Secret Service Mark Sullivan, now principal and co-founder of Global Security & Innovative Strategies (GSIS); Evolv Technology; and video management software company Milestone Systems. “We plan to offer luxury in all forms at One Dalton, everything from 24-hour room service and a stellar spa to a seamless and safe security plan. As always, we are looking ahead for the ideas and technology that will continue to set our building apart and make living at One Dalton a premier experience on every level. Partnering with GSIS, Evolv Technology and Milestone Systems is really next-level thinking for us,” Friedman said. Superior surveillance Friedman met Mark Sullivan during President Bill Clinton’s visits to his house on Martha’s Vineyard. After Sullivan concluded his federal service, he co-founded GSIS, a company that leverages its extensive private and public sector, homeland and public security, and international expertise to provide comprehensive solutions for its clients. Sullivan has been tasked to oversee the security plan for One Dalton which includes security assessments, design, implementation and advisory services. On Sullivan’s recommendation, One Dalton is incorporating cutting-edge technology from Evolv Technology and Milestone Systems to provide a superior surveillance system. Evolv uses advanced sensing and deep learning to ensure a threat-free environment while balancing the everyday pace of life Evolv Technology Evolv Technology is a technology startup founded by Boston-based security and technology veterans Mike Ellenbogen and Anil Chitkara. Focused on rethinking physical security, Evolv uses advanced sensing and deep learning to ensure a threat-free environment while balancing the everyday pace of life. Evolv’s flexible, risk-based screening approach fulfills the needs of state-of-the-art facilities like One Dalton. The company’s experienced leaders, alongside an advisory board of security veterans from the Department of Homeland Security, CIA, TSA and the U.S. Secret Service have created products designed to address today’s emerging threats. One Dalton will be the first residential building to utilise Evolv’s revolutionary technology. Embracing change It was a natural fit to have Milestone Systems, provider of open platform IP video management software (VMS), as part of this exceptional team. The company’s solutions increase overall safety and optimal operations through comprehensive management and distribution of digital video data. High performance network video recorders and the video monitoring software platform can be tailored to meet the demands of any complex security installation. Its open architecture enables ongoing integrations with new technology innovations as they come to market. “One Dalton is one of a few elite buildings worldwide to embrace change and incorporate technology that will provide the best life for its hotel guests and residents. Public venues have been working to improve security for some time; this is a remarkable and intelligent investment for a residential development,” Sullivan said. Event security and employee screening The final plan has yet to be determined, but One Dalton will begin by improving upon the common back-of-house security operations that are typically used in hotels and residential buildings. Surveillance of common areas and public spaces using Milestone Systems integrated with event security through Evolv Technology and employee screening are among the solutions being considered. “For us, this is part of a long view on security for One Dalton. As technology improves and we learn more about exactly what our residents and hotel guests want and need, we will introduce new elements that ensure all who spend time at One Dalton feel relaxed, safe and cared for,” Friedman added.