Aaron Stephens is a Director at DSSL Group. 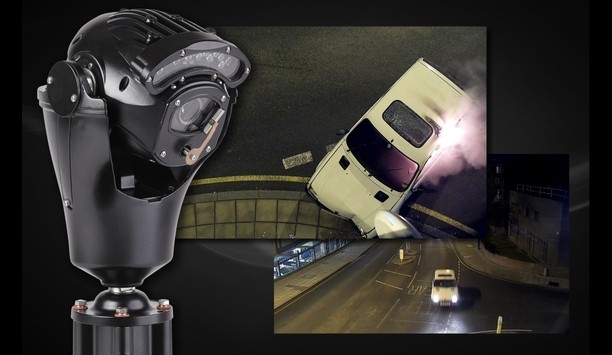 The rugged build quality of the new Invictus PTZ camera from UK CCTV manufacturing company, 360 Vision Technology, has been proven in the field during a recent road traffic incident in north London, which provided a real-world test for the camera and its ‘Attack Detect’ response feature. Built into each Invictus camera, 360 Vision’s ‘Attack Detect’ automatically responds to a detected increase in camera load (such as the camera being hit by an object). On detection, the camera’s direct-drive Pan & Tilt mechanism is instantaneously disengaged to prevent damage to the motor drive. Expanded surveillance coverage A self-check routine then establishes if the camera has altered its direction of view during the attack, and an automatic re-initialisation is triggered - returning the camera to its last known position prior to the impact. Installation company DSSL Group selected the Invictus camera to facilitate expanded surveillance coverage across the north London borough The benefits of Invictus’ Attack Detect response to system operators is that post-attack, the camera will always return to its correct field of view, prior to being forcibly moved. This means that vital evidential footage will continue to be captured, and without the need for operator intervention. The feature also ensures that all camera-preset positions remain intact, vital to avoid disruption to the daily running of the system due to inaccurate preset positions. Installation company DSSL Group selected the Invictus camera to facilitate expanded surveillance coverage across the north London borough. Public space installation “360 Vision’s Invictus has many key features that benefit Town Centre CCTV operators, however Attack Detect is a uniquely beneficial attribute that competitor cameras just don’t offer,” explains Aaron Stephens, Director at DSSL Group. “This can be crucial when specifying a successful long-term public space installation, where CCTV cameras have been known to be vandalised using objects such as footballs, basket balls and rocks.” Talking about the crash incident, Aaron explains: “The Invictus camera’s Attack Detect response proved itself invaluable in the ultimate impact test, when a speeding vehicle hit the camera’s column at high-speed, after leaving the road and mounting the pavement. Due to the quality of DSSL installation and 360 Vision’s Invictus, the camera not only stayed attached to the column mount, but also remained fully functioning.” Evidential incident footage “The camera column was hit so hard that the camera head turned over 180 degrees. The anti-attack system released the camera’s drive mechanism as soon as the impact was detected, allowing the camera to move freely." With the Invictus camera also producing second to none night-time video footage amongst the well lit streets of the town centre" "After a few seconds, the Invictus completed a self-test to return to its original position and continued to record evidential incident footage of the aftermath of the crash. With the Invictus camera also producing second to none night-time video footage amongst the well lit streets of the town centre, the pre and post-crash evidential incident footage was captured in unsurpassed high-definition colour-mode.” Attack detect feature Aaron concludes: “Not only has this recent incident proven the effectiveness of the Attack Detect feature but our continued experience of the Invictus camera has demonstrated that a UK manufacturer can provide the latest technology in a highly robust and ruggedised PTZ, with exceptional HD imaging, colour at night capability and whilst competing on cost with other global camera manufacturers.” “Public space CCTV and cameras securing perimeters typically operate adjacent to roads, with an ever present risk of impact from vehicles, either accidentally or maliciously,” says Adrian Kirk, Director at 360 Vision Technology. “Installing Invictus ruggedised cameras into these locations provides customers with a ‘fit for purpose’ roadside solution that ensures continued performance, even under attack. For peace of mind, this is all backed by 360 Vision’s UK based design and manufacturing resource, and a comprehensive 3-year warranty.” 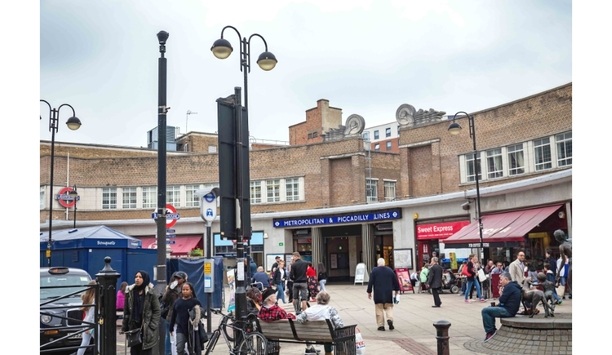 Invictus, the latest ruggedised PTZ camera from UK’s CCTV manufacturer 360 Vision Technology, has been installed against a tight deadline to cover a major public event in a north London Borough. Specified for installation by DSSL Group, the new high-performance 360 Vision Technology Invictus cameras were installed in record time, to complete the upgrade of the London Borough’s Public Safety camera system in time to ensure the safe passage of a major public event - as well as to play a continuing role in the borough’s mix of public safety measures. Talking about the new town centre installation, Aaron Stephens, Director at DSSL Group commented: “From the initial decision to specify Invictus cameras for the borough’s High Street and surrounding areas, all 22 Invictus units in the first phase were delivered, installed and commissioned within four weeks.” Invictus uses an upright mount to provide unhindered 360-degree coverage" Superb operational results “We like the authoritative appearance of the new Invictus camera, similar in style to 360 Vision’s Predator camera, but unlike imported speed domes that look less public safety and more commercial, Invictus looks very much the part in the town centre streets. Versus the use of domes on swan necks that inherently introduce a visual blind spot, Invictus uses an upright mount to provide unhindered 360-degree coverage. In addition and again unlike a dome camera, Invictus can look both up and down.” “As highlighted in the Proof of Concept trial, the cameras’ excellent depth of autofocus is quite superb, with crystal clear focus across the entire image frame. This performance attribute is great for post event retrieval of recorded footage, where it will be used to assist the local authority in maximising their incident analysis and prosecutional evidence. It was also great to work with a respected UK manufacturer who provided on the ground technical support to help ensure the smooth delivery of this local authority project. From the superb operational results, we’d recommend Invictus to any other local authorities looking to upgrade their systems to the latest HD camera technology.” Colour at night Discussing the integration of cameras to the system’s new Genetec Video management software platform, DSSL Group’s commissioning engineer, Jordon Stephens, commented: “Adding the Invictus cameras as an ONVIF 2.4 Profile S compliant device to the Genetec Security Control Centre was extremely simple. In my experience, this process isn’t always straight forward, so the Invictus gets 10 out of 10 for easy ONVIF setup!” Jordon went on to explain that: “The cameras’ pre-set factory default night-time settings are ideal for effective colour video at night. Invictus copes incredibly well with the town centre’s mix of lighting conditions and shadow areas, providing excellent ‘colour at night’ imaging - whereas in the same locations, other existing HD cameras on the system had switched to monochrome.” DSSL Group’s attention to detail is phenomenal; they clearly take great pride in their workmanship" Help the Heroes Commenting on the installation, Adrian Kirk, Director at 360 Vision Technology enthused: “We are proud that the new Invictus ruggedized PTZ camera was selected for such an important town centre project and especially as the cameras were commissioned in time to provide security and safety surveillance coverage for the major public event. Manufacturing CCTV cameras in the UK since 2002, and this installation marks the introduction of 360 Vision’s next generation ultra-low light imaging technology - featuring incredibly detailed night-time HD quality colour images.” "In addition, we couldn't have asked for a better installation to showcase Invictus. DSSL Group’s attention to detail is phenomenal; they clearly take great pride in their workmanship. From the way they have contained the cable, through to the layout, neatness and set-up of system equipment, including the column equipment cabinets, the engineering team at DSSL Group really deserve great credit for their professionalism.” “Celebrating the great men and women of the British Armed Forces, for each Invictus camera sold and including those installed in this installation, 360 Vision Technology is donating a contribution to the Help the Heroes charity.”