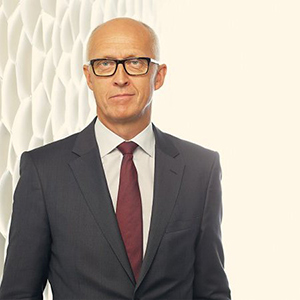 Espen Tøndel is a partner at Simonsen Vogt Wiig, a leading corporate law firm with offices in the largest cities in Norway as well as an office in Singapore. His main field of expertise: telecoms, IT and IPR, including M&A. Espen is known for leading large project teams relating to procurement and transactional issues. He also advises start-ups within the technology industry with a special focus on FinTech. Espen is highlighted as a leading lawyer by Norwegian financial daily publication Finansavisen, Chambers Europe, and Legal500 within the technology and IP area.

Zwipe appoints Jörgen Lantto to Board of Directors

Jörgen Lantto was most recently the CEO of Fingerprint Cards AB Biometric tech company Zwipe is pleased to announce the appointment of its newest board member, Jörgen Lantto. Previous experience Lantto was most recently the CEO of Fingerprint Cards AB, a Swedish high-tech company that designs and manufacturers biometric system solutions. Before that he also served as the company's CTO and Head of Strategy and Product Management. During his tenure, Fingerprint Cards grew from a small company to one of the largest companies on the Stockholm Stock Exchange, taking a strong position in the global market. Prior to Fingerprint Cards, he held a range of senior executive positions at global ICT company Ericsson. Jörgen Lantto commenting on the appointment said, “The decision to join Zwipe's board is rooted in my belief of Zwipe's technology allowing fingerprint recognition without batteries or fixed power supply. Seeing first-hand the commercial opportunities that exist for Zwipe in the biometrics market, I very much look forward to supporting the company through its next phase of development." Biometric authentication solutions "Zwipe is a biometric tech company that is focused on developing and commercialising secure, fast, and easy-to-use biometric authentication solutions in three key areas; payments, access control and government ID. Jörgen led Fingerprint Cards during a period of strong growth as the company's CEO. I expect that he will add experience, competence, and energy to the Zwipe board and provide excellent support to management team going forward," says Clas Thelin, Chairman of the Board of Zwipe, and adding, "His expansive mindset and network within the industry will certainly bring value to Zwipe as it commercialises its core platform of products." Lantto joins the board with immediate effect. The board now consists of the following members: Clas Thelin, Chairman of the Board Dr. Liu Ruopeng Carl-Fredrik Grøsland Weizi Huang Jörgen Lantto Johan Reinsli Espen Tøndel Lars F. Windfeldt