The Z-Wave Alliance, a global membership organisation dedicated to advancing the popular Z-Wave wireless smart home protocol, will host members in the Z-Wave Pavilion at ISC West for the second year in row. Z-Wave recently announced that it has become the first smart home mesh network to receive UL recognition for household burglar alarms for its family of 500 series modules in addition to a suite of upgrades to its encryption and security layer.

Announced earlier this year, Z-Wave modules ZM5101, ZM5202, and ZM5304 with protocol SDK version 6.6 have received UL component recognition for home security, making Z-Wave the first mesh technology awarded a certificate of compliance by UL for use in professional alarm systems. With Z-Wave technology already included in over 90% of the panels provided by professional security companies in the U.S., all smart home devices with the new Z-Wave SDK version 6.60 that are based on the UL component recognition can be united via Z-Wave technology and leverage for both professional security and smart home services.

As a true, two-way network technology with jamming detection, Z-Wave implementation into professional alarm installations will help reduce false alarms, currently the number one problem faced by security companies, and by operating in the 900 MHz band, Z-Wave devices are safe from intentional or unintentional “jamming” common in the overcrowded 2.4GHz band.

The Z-Wave Security 2 (S2) framework, available in the 6.7 software development kit from chipmaker Sigma Designs will provide the most advanced security for smart home devices and controllers, gateways and hubs in the market today. Z-Wave completely removes the vulnerability of the network during inclusion by requiring a QR code or a pin-code on the device itself. With S2, attacks such as man in the middle and brute force are rendered powerless by the implementation of industry-wide accepted secure key exchange using Elliptic Curve Diffie-Hellman (ECDH). For Z-Wave manufacturers with IoT cloud solutions and Z-Wave connection to the other IP devices, the Z/IP Gateway enables tunnelling all Z/IP traffic through a secure TLS 1.1 tunnel, eliminating cloud vulnerability.

“Z-Wave has long enjoyed a strong market position in the home security industry, with partners like ADT, Vivint, and Nortek Security & Control at the forefront of deploying smart home security systems,” said Mitchell Klein, Executive Director of the Z-Wave Alliance. “We want manufacturers and security dealers alike to know that Z-Wave takes safety and security incredibly seriously. We will continue to be the gold standard platform for this industry while always delivering new features and benefits.”

Exhibiting members in the Z-Wave Pavilion at ISC West include Aeon Labs, SecureNet Technologies, FIBARO, Climax Technology, Qolsys, and StarVedia. Z-Wave products are available through distributors and direct to consumers in retail and online. Adopted by over 375 worldwide market leaders, Z-Wave is fully interoperable between all brands and is fully backward-compatible between versions. 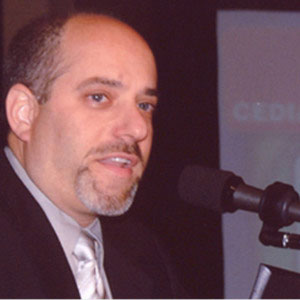