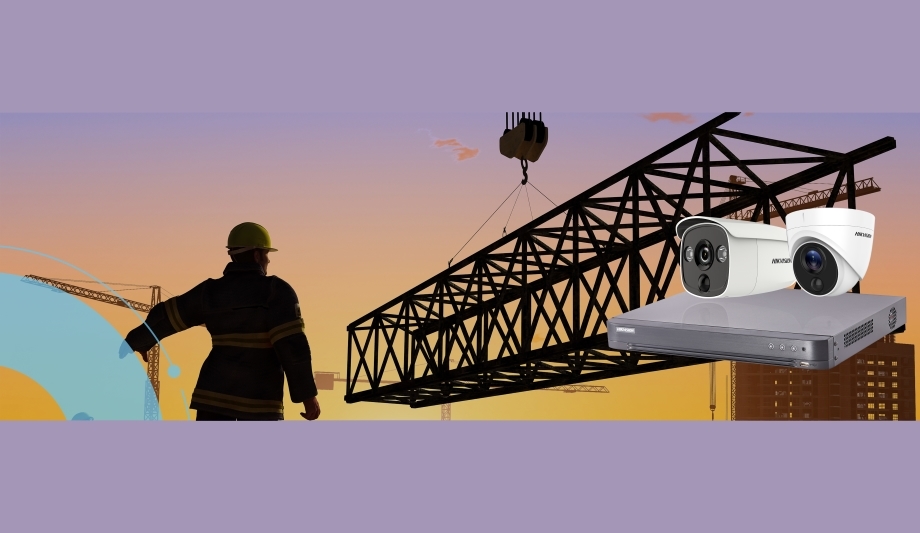 For one installer, Hikvision’s range of Turbo HD PIR-equipped cameras has had a dramatic impact on his business, allowing him to more efficiently monitor and secure construction sites and other valuable locations during vulnerable out of hours periods. Paul Hookings, Managing Director of Hampshire-based security installation firm Forward Securities, had a problem. His company had built a solid reputation for, amongst a variety of other services, securing building sites, notably the important materials and equipment left overnight and unattended in the site compound.

Building site compounds, Hookings explains, can include any number of super-valuable and enticing materials for potential thieves. “Diesel, copper, tools, cabling, right down to bricks, breeze blocks, agricultural fuel, road diesel, even the metal gates,” he says. “Thousands and thousands of pounds worth of stuff is stored there overnight.”

To monitor these compounds for intruders, Forward Securities would use traditional PIRs – passive infrared detectors – to raise an alert when the compound perimeter was breached. The problem had to do with the PIRs, Hookings explains.

“On critical sites like these, where there’s a lot of activity during working hours, people are able to move those PIRs in the daytime when they’re off,” he says. “And come night-time, they’re then able to return and rob the place without being picked up by the detectors, and then move the PIR back to where it was previously. Then it’s down to the security company, who end up scratching their heads, thinking: why didn’t that go off?”

As a result, Hookings was on the lookout for a solution, something which would counter that potential for tampering and provide a more effective deterrent to potential thieves. Then he noticed that Hikvision had released a new range of Turbo HD PIR cameras.

“These are lovely little products,” Hookings said. “When Hikvision brought them out, I binned our separate PIRs. With a PIR camera, during the armed period, if someone moves into its field of view, there’s an alarm. If someone covers it up, it goes into alarm. If someone moves it into another direction, it goes into alarm. So I’ve binned the products we were using previously and now I exclusively use Hikvision.”

The camera also produces a flashing white strobe light that serves as a warning signal to stop intruders. And the white light serves as supplemental lighting, enabling the camera to capture clear images of suspects as evidence when the alarm is triggered, even in extremely dark environments – such as the construction site compounds.

“When we have an alarm triggered on one of our sites, we basically get a guaranteed guarding response,” Hookings says. “Because the combination of PIR detection and video serves as proof that the assailants are there. It’s a confirmed signal going to the monitoring station, and as a result we always get people apprehended.”

The model Forward Securities prefers to use is the DS-2CE12H0T-PIRL, a 5MP bullet PIR bullet camera referred to as the ‘PIRL’. They offer 2560 x 1944 pixel resolution, smart infrared illumination up to 20m, and Hikvision’s own ‘up the coax’ technology, which allows cameras to be controlled over a coaxial cable from the DVR and also to transmit the alarm signal to DVR.

They’re also IP67-rated for external use, so they’re tough and suitable for the sorts of environments, like construction sites, where they’re most needed. As an example of how he uses the Hikvision PIRL cameras, Hookings points to the example of one specific construction site currently being protected by Forward Securities.

“We’re securing the main compound, along with any remote sites,” he says. “We use six PIRL cameras, as well as additional 4K Hikvision cameras running analytics and thermal cameras, and they all sit on the same server, recording to a Hikvision Hybrid DVR, with alarms and images sent to our monitoring station.”

Other site setups can include an audio warning system, particularly for very high value equipment. “That’s another place we’d use a PIRL,” Hookings says. “If someone, out of hours, walks up or even climbs the fence of the compound, the monitoring station is alerted to that by the PIRL camera, and they can immediately broadcast an audio warning, real time and live. That’s transmitted through the Hikvision DVR, to an amplifier and speakers.”

“If the intruders persist despite the warning, we then get a guarding response. It’s not just big construction sites where the Turbo HD PIR cameras are effective, I do use them on other high value projects as well.”

“Ultimately, the Turbo HD PIRL cameras are incredibly effective,” Hookings says. “They pick up suspicious activity, including thefts and attempted thefts, three to four times a week across all of our sites. That means they’re actively helping to prevent the thefts of materials worth hundreds of thousands, sometimes millions of pounds.” 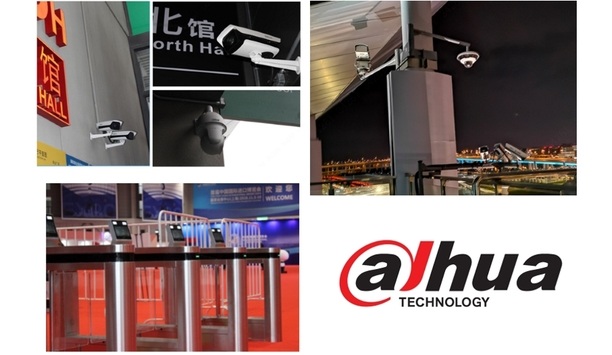 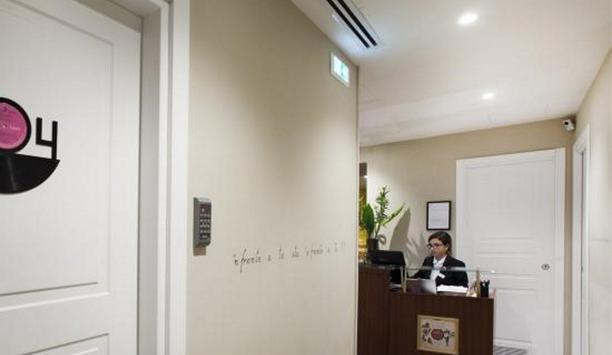 SmartNet, a partner of Axis Communications with its IoT Technology streamlined operations in a Naples hotel