Video surveillance technologies continue to evolve. Salient Systems looks at some of the fastest-growing areas in this sphere, including AI-based video analytics and cloud-based video access and recording. Market awareness will continue to drive interest, which will, in turn, drive available solutions and offerings in 2020 and beyond.

Another trend to watch out for is more VMS interfaces offering greater access-to and control-of analytics information and access control systems. This relates to the ongoing trend of consumers moving towards unified video/access/analytics solutions. Consumers will benefit in the coming years from simplified offsite access, automated analysis of security events, and better presentation and reporting of security information.

The number of video analytics companies that have come into being over the past three years is tremendous. The growth has accelerated over that time due in great part to the popularity of GPU hardware for applications beyond video games or CAD/ CAM, such as deep learning, computer vision and AI. However, with more sophisticated analytics come significant processing requirements and high server hardware costs.

This high hardware cost puts analytics out of reach to most video surveillance consumers. Depending on the analytic being used, how many cameras are analysed, camera resolution, etc., the upfront hardware cost of a deployment designed for processing under a dozen cameras could easily exceed US$ 10,000. As a result, more analytics companies this year have begun offering cloud-based AI analytics.

Upfront hardware costs are replaced with ongoing monthly fees, making the acquisition cost of the technology much more affordable. The downside of this model includes lower scalability and higher ongoing costs.

Scalability is limited by the consumer’s internet connection speed, due to the need to upload video to the cloud for processing. This is not likely to limit adoption for many consumers, because it is not uncommon for only a subset of cameras at a site to require analytics processing.

In the event a high number of cameras need to be analysed, many cloud-based analytic solutions can process video at a lower resolution and/or frame rate while still achieving accurate detection.

Several prominent security product manufacturers have been moving toward providing unified solutions, as opposed to focusing on a single product area to develop a “best of breed” offering. This move is driving a shift in thinking with consumers, putting more emphasis towards deeper integration of complementary security technologies, and a corresponding need to easily associate security data.

As such, consumers want access to all the information in a single interface, which allows for the association of complementary security data. As an example, if a cardholder presents an access control credential to enter an area, the access control system would show the name of the individual associated with the credential that had unlocked the door.

Data from those technologies are best presented within the video surveillance system, and as such, it makes sense for video management platforms to move towards becoming a unified interface.

Several VMS providers have already taken steps in this direction. Either data from a complementary security system can be presented alongside video and other data directly, or add-on components for LPR, Analytics, and the like are purchasable options from such vendors.

Interest in cloud-based video surveillance deployments continues to grow. Market awareness and education is high, due in great part to the growing number of available solutions, including those from mainstream VMS Platform providers. However, full Cloud VMS deployments in the professional market are not yet widely utilised as a result of high bandwidth costs, which limit scalability.

Bandwidth costs disproportionally affect mid-sized to enterprise-scale consumers, as a result of those consumers having more cameras and therefore requiring more bandwidth. Even so, benefits such as simplified remote access, which is discussed below, and the ability to scale video retention without adding on-premise storage may drive hybrid cloud features in traditional VMS platforms.

A cloud-archiving service built into a VMS would allow the VMS user to leverage cloud storage for long-term archiving on selected cameras. This capability would remove the need to add additional on-premise storage as retention requirements change.

Using cloud storage would allow the user to extend their storage capacity at any time, by simply making configuration changes in the VMS that would correspond to a monthly fee for cloud storage. Another cloud feature that would benefit users of traditional VMS systems is simplified remote access.

Users of traditional VMS deployments can set up remote access via the internet using a VPN connection or by making the VMS server available via port forwarding on an internet-connected router. Those configurations may involve additional cost, configuration complexity or security risks.

A VMS-supporting, cloud-based video sharing may allow an administrator to configure remote access by simply checking a few boxes during configuration, causing the VMS to connect securely to a cloud-based server where users can log-in to view selected cameras.

This setup removes the need for complex configuration, which would need to be maintained every time there are network changes affecting the VMS servers.

Staying ahead of the curve

Keeping an eye out for new technologies allows system designers and consumers to identify those which may provide a cost benefit or strategic advantage. With cloud offerings becoming more and more mainstream, new uses for cloud architecture are coming to light in video surveillance. 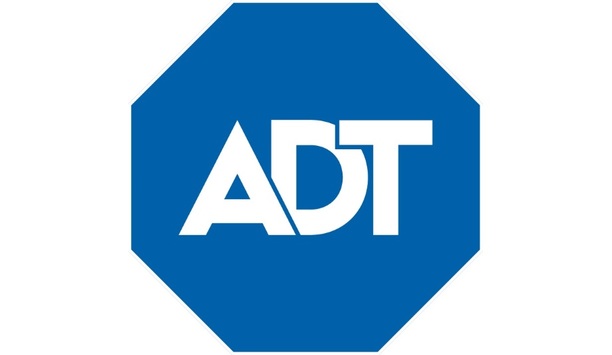