Qognify's 5 operational security trends to deal with challenges in 2016

Lean operations are in, more so than ever. Heightened security threats, extreme weather conditions and a tough macro-economy environment are all putting a significant burden on public sector organisations such as airports, public transport, the DoT and others. These organisations will be tasked with performing significantly more activities in 2016.

Budgets though, will not increase at the same rate. Making lean operations more important than ever. In order to achieve leaner operations, organisations are considering and adopting the following operational trends:

1. Power to the people

One of the most effective ways to empower personnel to make the right decisions is to provide situational awareness and situational management mobile applications to field employees. These types of applications streamline the flow of information among field personnel and control room operators and facilitate a faster, more effective response to unfolding events, while ensuring that the handling of any situation is guided by the organisation best practices. In turn, this mitigates risk and potential damage.

Executives and managers need to be able to gauge performance in real time. The term "zero latency organisation" has been coined to describe real-time visibility into an organisation at any given time, and specifically an unfolding field situation via a dashboard. With it, management can view a situation and intervene immediately so that it can be mitigated and remediated.

Together with the immediate detection of SLA (service level agreement) violations, KPI visualisation complements the "zero latency organisation" trend. With it, management not only understands what is happening, but is empowered to better handle the situation by knowing whether the current performance is within the normal range. The KPI visualisation trend ensures that management has a comprehensive view of operational performance across multiple domains and geographies.

With the accelerated expansion of IoT (Internet of Things), organisations will accumulate far more data in 2016 than they did previously. A recent Gartner report predicts that IoT devices will encompass more than 6.4 billion connected objects in use by 2016, a 30% rise from 2015, and will reach nearly 21 billion connected devices by 2020.

Delivering AoT (Analytic of Things) will further gain momentum in 2016, bringing with it the ability to detect the deterioration of infrastructure and assets such as roads, railway tracks, runways, as well as building management machinery such as pumps, pipes, escalators, elevators and much more. The ability to proactively detect sensor anomalies, which often serve as a precursor to failure, will allow organisations to reduce maintenance costs while minimising service disruptions.

This trendy term augments the classic ROI model, by mining an organisation’s performance data. This allows organisations to detect things such as process / SOP (Standard Operating Procedures) inefficiencies and identify teams or individuals that exhibit sub-optimal performance when compared to an organisation’s benchmarks. This analytical approach is based on proven continuous improvement methodologies such as Six Sigma. This approach takes the guessing game out of resource and funding allocation, ensuring that resources are yielding maximum effectiveness.

Running lean and doing more with less are trends that never go out of fashion – in 2016 these business needs will be as dominant as ever. Public sector organisations such as airports, public transport and the DoT will continue to see strong public demand for better services; while at the same time the complexity of the events and possible threats that they need to be prepared for are significantly higher than what we’ve seen in previous years. The trends outlined here will allow organisations to establish lean operations that are more cost effective. And as a result, every dollar saved will go straight to the bottom line. 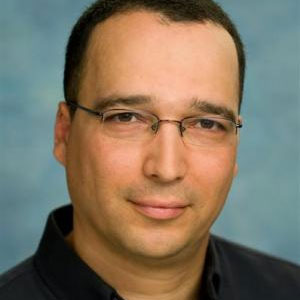