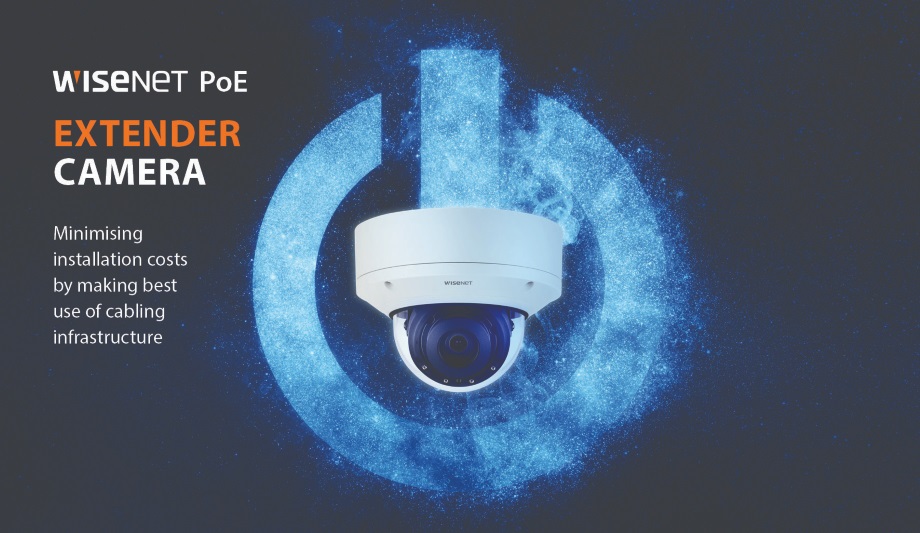 The new Wisenet PoE extender cameras from Hanwha Techwin are designed to save integrators and end users time and money, when there is a requirement to install two cameras within 80 metres of each other.

For retrofit applications where an additional camera is needed, system integrators need to simply substitute an existing Wisenet camera with a PoE Extender camera, and then re-install it at the new camera location, with both devices being able to share the same cable run.

With the ability to support all PoE cameras within the entire Wisenet range, the new 2 and 5 megapixel PoE Extender indoor and outdoor dome cameras provide an equally cost effective solution for new installations as they reduce the number of network ports and switches, as well as the amount of cabling, required.

Installation ease is matched by a considerably reduction in the cost of the time that system integrators would normally have to spend on site to install a new camera. System integrators also have the option to connect other PoE enabled devices to the Wisenet PoE extender cameras, such as a supplementary lighting unit, I/O controller or PIR sensor.

The 4 new dome cameras all have built-in IR LEDs that illuminate objects up to 50 metres from the camera and feature Digital Image Stabilisation (DIS) which helps ensure the capture of sharp, stable images by reducing motion blur which is caused by wind or vibration.

All are equipped with Wide Dynamic Range (WDR) technology, with the 2 megapixel models performing at up to 150dB and the 5 megapixel models at up to 120dB, to produce clear images from scenes containing a challenging mix of bright and dark areas, which normally results in overexposed or underexposed images.

Part of the Wisenet X Plus series, the PoE Extender cameras offer a number of other practical features that further minimises the time installers have to spend on site, including magnets which lock sensor modules into the dome housing.

A waterproof gland, through which a network cable can be inserted with the aid of an RJ45 plastic push-through device, negates the need to re-make a cable end.

Prior to installation, technicians from the convenience of their workshop should be able to configure IP network settings without the need to remove a camera module from its packaging.

In addition, an audio analysis function is able to recognise critical sounds, such as explosions, screams and broken glass, and then immediately generates an alert to enable emergency services to react quickly and effectively to any incident.

In a retail environment, for example, this functionality could be used to alert security personnel that a customer is behaving aggressively to a sales colleague.

The processing power of the chipset at the heart of the new cameras enables them to support edge-based people counting, heat maps and queue management applications.

The new cameras offer retailers, art galleries, museums and other business establishments which are open to the public, the opportunity to gain a greater understanding of customer behaviour and improve productivity accordingly, with the option to display the captured data on the centralised dashboard of the Wisenet Retail Insight (v2.0) business intelligence solution.

Additional key features of the Wisenet PoE extender cameras include the following:

The new Wisenet PoE extender cameras are as follows:

“At a time when many businesses will be striving to recover from the economic consequences of COVID-19 and might therefore have a reduced security budget, we are very pleased to be able to introduce a highly cost effective way to add a camera or another PoE enabled device to an existing system, or install a new two camera video surveillance solution,” said Uri Guterman, Head of Product & Marketing for Hanwha Techwin Europe.

He adds, “As well as their value proposition to end-users, these new cameras will undoubtably make life much easier for system integrators by minimising the time they have to spend on site.” 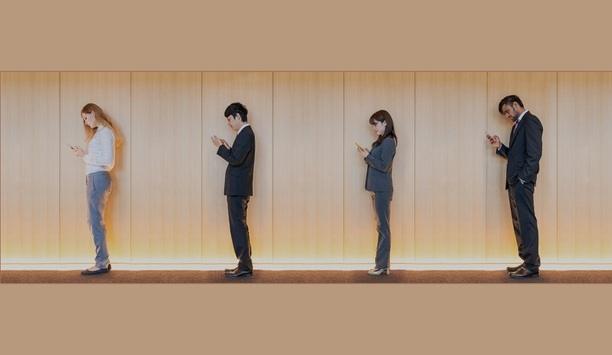 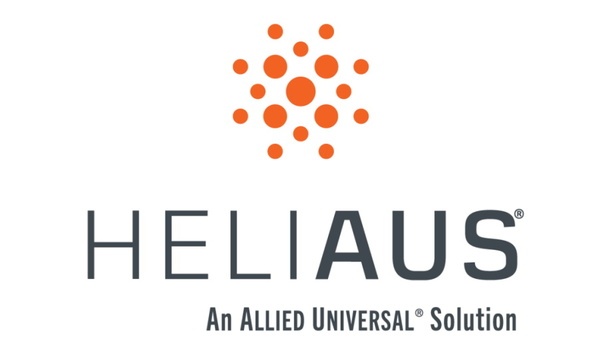