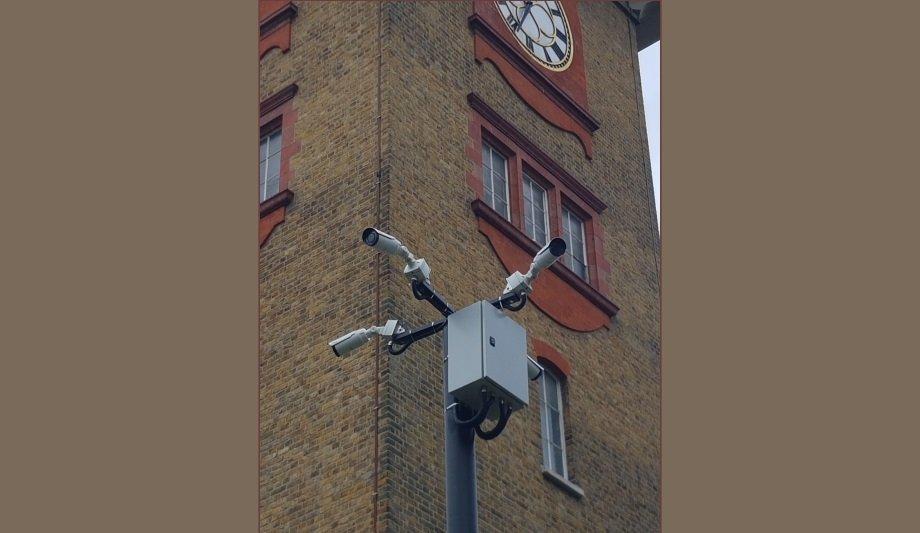 An upgrade of video technology at a south London residential estate has proved so effective that the system has been immediately scaled-up.

The IDIS video solution, implemented by Hall & Kay Security Engineering at the Meridian South Development in Hither Green, is less obtrusive than the system it replaced, yet it immediately delivered better results, with a number of incidents tackled to the surprise of the culprits.

Although the mixed development, comprising 440 owner-occupied and rented properties, is a safe and pleasant neighbourhood for most of the time, to maintain this high standard of living managers needed to tackle a growing problem with petty crime and anti-social behaviour.

Hall & Kay were asked to solve this problem by implementing an advanced, end-to-end video solution from IDIS

Issues were being reported with increasing frequency, including rubbish being dumped by short-term tenants vacating their apartments, theft from mailboxes, vandalism, and car crime. Rubbish removal alone was costing the management company more than £12,000 annually.

The H&K team began by replacing the ten column-mounted PTZ cameras with IDIS cameras. IDIS technicians visited the site with the H&K engineers and conducted a bandwidth test on the existing cabling, demonstrating that, by using the existing coax with IDIS ethernet converters, up to four IDIS fixed bullet cameras could be cost-effectively mounted on each existing column.

Additionally, wireless access points were installed where cameras couldn’t be cabled directly to the estate control room. This approach eliminated blind-spots and guaranteed that events would not be missed when the system was unmanned.

To provide wider coverage, a further six columns were added, and additional IDIS cameras were mounted in the underground car parking areas.

The system now delivers full HD images in all lighting conditions, with built-in IR ensuring night-time image capture at distances up to 30m. All footage is stored for 30 days. The security officers and maintenance staff who manage the estate are also taking advantage of the easy-to-use analytics functions that come with the totally cost-free IDIS Centre video management software (VMS).

These tools include motion detection which can be utilised out of hours to ensure that scenes are only recorded when movement occurs, thus minimising bandwidth usage and storage requirements. This feature, along with IDIS MapVue navigation, also makes it easy to quickly review footage to find incidents of interest.

Within 24 hours of the cameras being installed, departing tenants were recorded illegally dumping rubbish

The 57 IDIS full HD IR cameras, and the three NVRs with 12TB storage each, benefit from true plug-and-play set up with DirectIP. When the South Meridian management team saw the quality of images now being captured, they asked if the system could be extended. With IDIS’s flexible approach this was quick and easy to do.

Within 24 hours of the cameras being installed, departing tenants were recorded illegally dumping rubbish. Shortly after this, a contractor working at the site reported that tools had been stolen in both cases, with high definition evidence of the crime being captured and passed to the police.

In fact, thanks to the design of the system, and the easy-to-use VMS controls, security staff was able to retrieve footage of the incident itself, along with a full video trail of the thief moving across the estate, before and afterwards. Word has now spread about how effective the new system is, and residents are delighted that there are now no blind spots.

“The support we had from IDIS was second to none and the technology works exactly as promised,” said Wayne Wharton, Security Sales Manager, H&K Security, adding “We are now looking at many more IDIS projects with the same customer and others.”

“We are delighted that IDIS technology is making such a positive difference to the quality of life of residents at Meridian South,” said James Min, Managing Director at IDIS Europe. 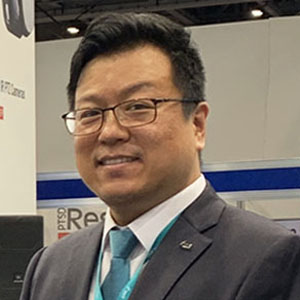 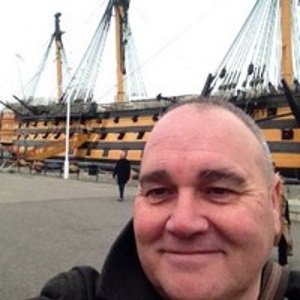 Wind is a free and unlimited resource that provides potential energy toward the growing demand for clean, renewable power. In coastlines, islands, grasslands, mountainous areas, and plateaus that lack water, fuel, and convenient transportation, wind power poses a potential boon for addressing local challenges. Chaka Wind Farm is located on the Gobi Desert in Qinghai Province, China. At an altitude of 3,200 meters (nearly 2 miles), Qinghai has abundant wind energy reserves. Since its commissioning in December 2012, the energy-capturing capacity of the installed wind power turbines has reached 99 MW, while the annual average power generation is about 184 million kWh and the average annual utilisation hours are a mere 1,850 hours. Mechanical energy of rotation However, the plateau environment experiences squally winds all year round, and in severe cold winters the temperature often falls below minus 30° C! At those temperatures, the biting cold wind carries a severe risk of freezing for wind farm employees, and the harsh weather makes operation and maintenance extremely difficult. The difficulty lies in the fact that most of the wind farms are located in remote areas A wind turbine’s transmission system is composed of blades, hubs, main shafts, gear boxes, and couplings. Its main function is to convert the kinetic energy of wind into mechanical energy of rotation, then into electrical energy. As the key element in wind power, these wind turbines require routine maintenance. At present, maintenance relies mainly on the on-site staff climbing up the towers to check for and predict unit failures. However, the difficulty lies in the fact that most of the wind farms are located in remote areas. Personnel safety management When they rely solely on manual maintenance, the costs remain high enough to threaten the economics of the whole operation. Chaka Wind Farm hosts 62 wind towers, distributed across a wide 38,000 square meters (9.4 acres). This generous area creates a big challenge for maintenance staff who spend large amounts of time on transportation and logistics from tower to tower. Furthermore, according to the maintenance plan, workers have to climb each 80-meter-high wind tower for routine inspections each month. To solve these challenges, Hikvision provided a set of intelligent operation and maintenance systems for Chaka Wind Farm, including intelligent visual inspection equipment, personnel safety management, and real-time communication, providing a 24-hour online ‘Smart Examiner’ for the wind farm. Monitoring equipment temperatures Technicians at headquarters can remotely support personnel during on-site maintenanceFirst, for core unit components, thermal cameras are deployed in the wind turbine cabin to monitor equipment temperatures. This way, machine failures can be detected immediately, and staff can be automatically alerted when abnormal conditions (such as overheating) are found. In addition, with the wind towers located in the expansive Gobi Desert, unstable communications can leave operating personnel feeling disconnected. To resolve this, Hikvision’s one-key alarm intercom at the bottom of wind tower provides communication with the control center. Technicians at headquarters can remotely support personnel during on-site maintenance operations, assisting with diagnoses and repairs. Lastly, panoramic and thermal cameras and other equipment vastly expand the visual capabilities of the control centre. Staff can monitor the situation and various parameters around the wind turbines at all times. If an abnormality is found, they can immediately receive an alert from the system and identify specific problems. Engine room equipment “Originally, each wind turbine had to be inspected by staff members every month; climbing the towers was difficult and the risk factor was high. After the intelligent operation and maintenance system was installed, the engine room equipment on each tower can be inspected daily through the video system. Now each wind turbine only needs to be visited once every three months, and the frequency of climbing is reduced more than 60 percent,” said Sun, a technical operating engineer from Chaka Wind Farm. “More importantly, those problems that could only be discovered by personnel on the scene can now be identified by the intelligent operation and maintenance system – even proactive and early warnings of abnormal problems – which is a great help for our overall equipment operation and maintenance.” 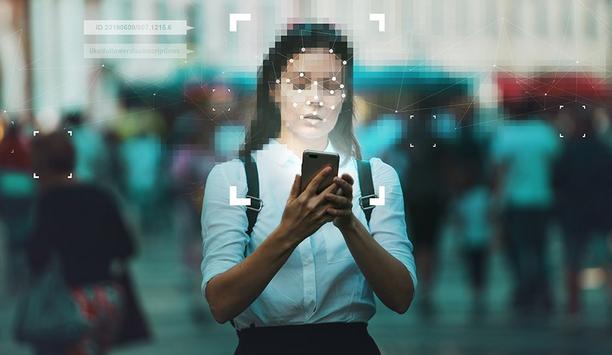 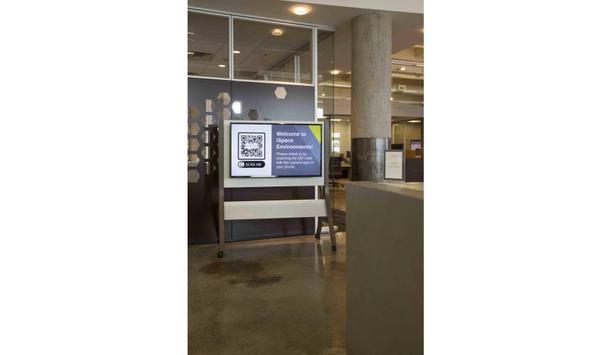