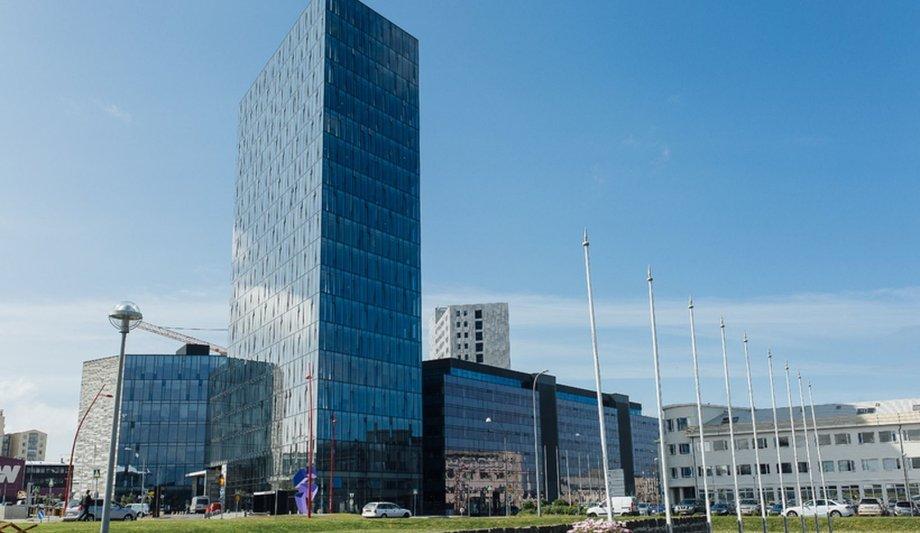 Reiknistofa bankanna (RB) is a provider of mission-critical IT systems for Icelandic financial institutions, responsible for the country’s central clearance and settlement system and a number of multi-tenant core banking solutions. It also operates an e-invoicing and e-payment system for corporates and consumers.

It is jointly owned by the three main Icelandic banks, two saving banks, the Icelandic Savings Bank Association, and the three main payment card processors in Iceland.  RB’s clients are the Central Bank of Iceland and other financial institutions as well as the government and public entities. With solutions operated in multiple data centres and in a shared multi-bank environment, RB sought a flexible technology partner that could ensure the highest levels of operational security, cost efficiency, and resilience.

RB had traditionally protected its datacentres and offices via disparate video and access control systems. These siloed technologies must be operated and maintained separately, creating a convoluted and inefficient user experience.  They were also very old, and maintenance was becoming both a financial and an operational issue. Sourcing reliable technical support and compatible hardware when something went wrong were becoming increasingly difficult, with replacement parts often taking at least two weeks to arrive.

Something needed to change to prevent the corresponding disruptions to security and operations. Upon inheriting responsibility for the security infrastructure Geir Sæmundsson, Datacentre Manager at RB set out a clear vision for the requirements across all of RB’s facilities. “I wanted a unified all-in-one system that wouldn’t restrict my hardware choices going forward. The system needed to deliver long-term value so I wasn’t prepared to limit RB’s options to just one manufacturer of security cameras or door readers.”

RB required a modern, reliable system that brought video and access control into a single solution – all displayed easily for operators to understand what was happening, when; to provide business-wide value. Mr. Sæmundsson, therefore, approached Hafliði Jónsson, a security consultant to advise on the enabling technologies that could best support these ambitions. Upon consultation, it quickly became apparent that a Genetec solution, driven by Security Centre 5.9 was the optimal choice.

As an open platform, it could simplify daily security operations and allowed for further integration with RB’s heating and cooling systems.

As an open platform, with native video and access control capabilities, it could simplify daily security operations and allowed for further integration with other tools such as RB’s heating and cooling systems. Furthermore, it would enable RB to undertake a phased evolution of its infrastructure, relieving budget pressures without delaying implementation timelines. For example, RB initially retained all of its existing security cameras and is upgrading to newer more sophisticated Mobotix devices over a period of 3 years.

“From day one we wanted a unified system which could help our teams understand the situation, quickly; alerting them if anything required their attention. The Genetec solution does just this and is allowing us to build in customised alerts so we gain business intelligence – providing us with better ROI.” – Geir Sæmundsson, Datacentre Manager at RB

Since bringing its security solutions under one system, RB has been able to provide operators with customised dashboards that quickly alert them to matters requiring their attention. For example, an unauthorised access attempt or sudden rise in temperature inside the data centre generates a notification within Security Centre for an employee in the monitoring room to respond to and investigate. The ease of the transition and the ease of use of the solution means that RB is planning to install the Genetec solution into its offices soon also, as the business is keen to have one solution across all of its buildings – yet are compatible with a range of integrated technologies.

Direct communication fuelling a brighter future the solution has been immensely successful, and RB is looking ahead to a bright future with Genetec. The process of implementation and configuration was shorter than anticipated and as a fully cloud-based system, the process of adding new devices or facilities to the network has proved very straightforward.

One year into its operation RB is running its system autonomously with little need to call in external support. One of the key reasons for this is the ability of RB and its system integrator Hafnes Ehf to communicate directly with Genetec rather than having to go through a third party – as was the case with its previous security platform. “Given the high-security requirements of RB’s data centres I was keen to cut out any middlemen to ensure any integration issues could be more quickly and easily resolved” commented system integrator Hafliði Jónsson.

“RB has saved a lot of time and money as this direct relationship gives RB much more control.” Geir Sæmundsson, Datacentre Manager at RB, commented, “The time savings delivered by Genetec has been immense. The fact it’s plug and play, and therefore up and running in a matter of hours is fantastic. Added to the fact it’s easy to install and we get lots back from the system, it’s been a worthwhile investment, especially as it can evolve with us, and allows us to move at our chosen speed.” With the initial requirements met, RB is now exploring ways to extract further value from its unified platform.

The fact it’s plug and play, and therefore up and running in a matter of hours is fantastic

Next on the roadmap is the introduction of Genetec ClearID that will streamline the process of managing facility access requests and automate the creation of monthly client access reports. Making use of the access control infrastructure already in use throughout the facility, Genetec ClearID allows authorised visitors to easily request and be granted appropriate access in line with RB’s security and compliance policies and the individual’s access rights.

With the roll-out of the unified Genetec platform also expected to extend to future datacentres and RB’s offices, it seems the partnership is set to go from strength to strength. “RB is the backbone of Icelandic Financial Services. We can’t afford to have security breaches or downtime, as it’s not just us that will be affected. We needed a failsafe solution, and so far, Security Center and Genetec have enabled this. Considering its ease of use, deep integration, and leading analytics, we look forward to continuing the partnership over years to come”, concluded Sæmundsson. 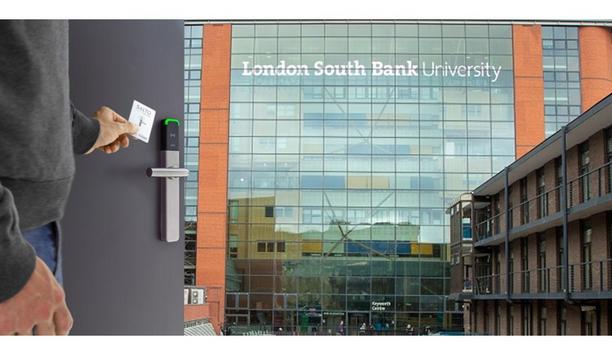