Just as with many gaming environments, Lincoln Park, a casino and racetrack (“racino”) just outside of Providence, R.I., has always placed a high value on security. Four years ago, to meet the regulations of the state’s lottery commission, the racino moved from using VCR tapes to a fully digital video management system (DVMS).

Today, to support a substantial expansion, Lincoln Park is once again significantly upgrading the systems that protect it from theft and fraud while ensuring patron safety. The racino is a strong example of how quickly security needs can change. It also illustrates the technology advances in place to meet those needs.

Lincoln Park management originally contracted the integrator to help meet security requirements established by Rhode Island. The Rhode Island Lottery, which oversees the racino, sets stringent security regulations that need to be met for the racino to stay in business. Working with the Department of Business Regulation, Lincoln Park must continually prove to the Rhode Island Lottery that the security in place provides visibility of every person in the facility for both safety and money control at all times.

If the video surveillance system isn’t operating, Lincoln Park can’t open. When it fails to open, it loses significant amounts of revenue, which is why the company looked to a new security system involving a reliable digital video management system to ensure this never happens.

When Lincoln Park security and its IT directors first partnered with MAC Systems in 2001, they made an important decision: to take their security system, comprised of 300 standalone cameras and VCRs, and turn it into a fully integrated access control and digital video management system with more than 600 cameras.

“When we first met with Lincoln Park in 2001, they were not familiar with digital video recorders, so we facilitated a shootout of the leading manufacturers’ technologies. We evaluated American Dynamics, along with competitive systems, and the customer was able to see firsthand what the differences were between each of the products,” says Glenn Heywood, senior account manager, MAC Systems. “Ultimately, the decision came down to reliability, ease of use, price, meeting IT needs and upgrade capability. Lincoln Park wanted something they wouldn’t have to throw out in a few years.”

“With Intellex, we’ve been able to do things as basic as finding missing bags and money, as well as validating employees’ attendance. Intellex also helps us with our insurance claims, vehicle maintenance and parking safety. And since we can use Network Client to view video from any Intellex remotely, we get information more quickly to make decisions more effectively,” says Ron House, director of surveillance for Lincoln Park.

For example, when a person wins money through a slot machine, he/she gets a ticket that identifies the amount of money won. Should a winning ticket get dropped on the floor and two people make a claim on it, the casino manager can access the video of the incident on the casino floor and quickly verify the rightful owner of the ticket using Network Client. Previously, this was a tedious and highly difficult process of rewinding VCR tapes and searching for the time of the event. Often, the incidents could not be resolved.

“As an IT director, surveillance is not my typical function. Our surveillance director and I talk about policy and technology while MAC Systems provides the technical expertise,” says Jason Gittle, director of IT, Lincoln Park. “We don’t have the luxury of time to work with the products and integrate them into our overall security system. MAC Systems has been able to deliver a total security system solution perfectly suited for our IT needs.”

Through years of positive experiences with American Dynamics solutions, manufacturers representative Intelligent Marketing, MAC Systems and Lincoln Park have developed a comfort level with the integration capabilities and upgrade path of the product line, as well as the reliability of the product and the people involved with the system.

The strong reputation came in handy just days after Lincoln Park was purchased by BLB Corp. in the summer of 2005. That was when the casino giant laid out extensive plans to triple the racino’s size. Within just a few months, the facility grew from 3,000 video lottery terminals (VLTs) to 5,000, while more than doubling the gaming and entertainment areas.

With the expansion of the facility also came the crowds — more than 17,000 people visit the racino daily — and the need to reassess its security solutions. To meet Rhode Island state regulations, enhance security and generate efficiencies, the company looked for state-of-the- art technology that would grow with the business.

Working with MAC Systems, Lincoln Park deployed an additional 500 cameras to bring the facility’s total to more than 1,100. The installer and client also once again turned to American Dynamics Intellex® Ultra digital video management system to bring the latest in digital video security technology to the exciting new complex.

With 10 to 30 incidents per day, video storage capacity is an important issue for Lincoln Park’s IT manager. To meet regulations, video events must be stored for at least one year because a winning ticket can be redeemed anytime within the year it was issued — this much video can slow down or overwhelm a system.

Through American Dynamics’ relationship with outside storage providers, Lincoln Park can duplicate video from Intellex and store it to a separate storage server. As a result, when a person redeems a ticket issued a few months back, the video from the event can be pulled up and matched against the person attempting to redeem the ticket.

The new state-of-the-art surveillance control area, deployed this past April, provides ample space for the four officers who are stationed in the monitoring centre to run three Network Clients sessions each to view a total of 48 video feeds simultaneously.

Additionally, a wall-mounted 42-inch plasma monitor shows from one to 32 cameras simultaneously. The command centre includes four Winsted custom consoles and can be used to provide full viewing coverage of all common areas to officers at the same time. Should an officer see suspicious activity he or she would like to share with other officers, the video feed can be shown and viewed on the plasma monitor.

According to Gittle, the C•CURE system provides a visual representation of all of the racino’s doors, which makes it easy for security staff to link alarms to access and video right from the screen. The access system includes 11 control panels, 1,500 smart cards, 119 HID card readers and 22 Bioscript readers.

In addition to helping resolve incidents more quickly, the access control and video integration allows Lincoln Park to be more customer-oriented. Lincoln Park managers can investigate how long the lines are in certain areas and move staff around to make it a more pleasant experience for customers. For example, if they notice a trend of long lines at a restaurant at certain times of the day, they can align staff to be at the restaurant during those hours in order to help customers move through the line more quickly.

Further plans include upgrading the fire alarm system to a DSC control panel and integrating it with the C•CURE system, as well as changing the wiring from coaxial cable to Category-5 to support future IP needs. Additional video expansion plans include upgrading all Intellex DVMS units to the new Intellex Ultra platform, bringing the total to 85 Intellex Ultra units throughout the facility.
Download PDF version Download PDF version 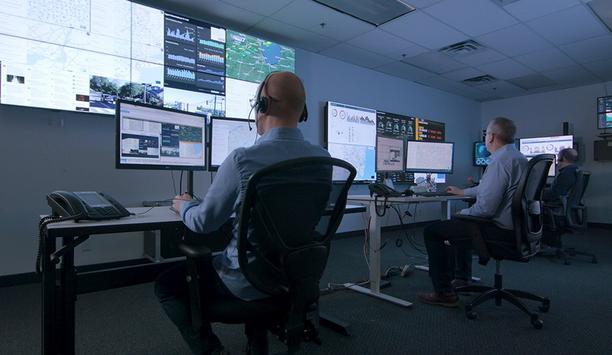