Download PDF version
The HDcctv Alliance™, the consortium managing worldwide technical standards for security equipment interoperability, and the Society of Motion Picture and Television Engineers (SMPTE), the organisation that manages worldwide technical standards for motion imaging including HDTV, today announced that the Alliance is permitted to re-use key parts of the SMPTE HDTV standards specifications. This license agreement formalises a relationship that has greatly accelerated the development of the HDcctv Specification v1.0, currently being put before the HDcctv Alliance's Board of Directors for ratification.

Through a process consuming hundreds of man-years of effort, SMPTE has developed standards for transmitting unadulterated HDTV signals directly over coaxial cable. These standards, collectively known as HD-SDI, are technically proven in the broadcast HDTV market providing seamless interoperability and over a decade of faultless 24-7 broadcast television operation. Most broadcast studio equipment relies on HD-SDI connectivity for all stages of program creation and delivery.

The HD-SDI specification is defined in an extensive collection of SMPTE documents covering transmission of 720p and 1080p formats, among others, at data rates around 1.5Gb/s. Under the license agreement, the HDcctv Alliance was able to quickly develop v1.0 of its specification by directly reproducing many of the key technologies and requirements of HD-SDI, while adding new capabilities unique to the surveillance industry. Subsequent versions of the HDcctv specification will build on the HD-SDI specification to provide for advanced features, such as up-the-cable control, bi-directional audio, and up-the-cable power.

"HDcctv delivers the high-resolution clarity of HDTV in the CCTV environment, re-using existing coaxial infrastructure. With upwards of 95% of the installed base of security systems incorporating coaxial cable, HDcctv Alliance equipment based on the SMPTE standards makes upgrading security applications to high resolution easy and cost effective," said Wendy Aylsworth, VP of Engineering for SMPTE. "By combining efforts, HDcctv Alliance's plug-and-play equipment will be able to deliver high-resolution surveillance video with no jitter, no image artefacts, and no delay. "

"The SMPTE relationship gives a great head start to the HDcctv Alliance," said Todd Rockoff, Executive Director of HDcctv Alliance, "because it enabled us to put together a high-credibility, richly detailed draft Specification in very short order. Because the Alliance is the only SMPTE-licensed body in the security industry, HDcctv is uniquely well positioned to leverage HDTV in high-resolution surveillance solutions."

"SMPTE's affiliation with the HDcctv Alliance is strategically significant," said Peter Symes, Director of Standards and Engineering for SMPTE. "The SMPTE standards structure includes one technology committee for each unique delivery system. We already have committees addressing film, digital cinema, television, and broadband. If in the future the HDcctv Alliance decides that the security industry would benefit from SMPTE-managed standards, SMPTE could consider forming a video surveillance committee, and the HDcctv Specification might provide a high-value starting point." 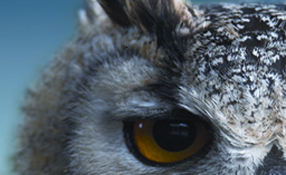