Across the UK, ANPR cameras provide the police with critical data for crime prevention and prosecution. Retrieving this data quickly, securely and cost-effectively - from fleets that often stretch across whole counties - is a challenge many forces face.

At Cleveland Police the response to this challenge seemed obvious. The Force explored technical options and specified a solution that would involve going wireless with their ANPR camera fleet. Unlike other areas, where the requirement to have a direct line of sight between wireless units and base stations can be prohibitive, Cleveland as a policing area is ideally suited to establishing wireless networks.

With all operational specifications decided, Cleveland Police were now (towards the end of 2012) looking for an integration partner who could deliver the solution as well as the savings, and had the certification and experience to work on this security-critical and sensitive project.

The winning solution, designed by Quadrant Security Group (QSG) in partnership with UK Broadband, achieved annual savings of £60k and proved once more that the devil is in the detail.

Aaron Plant at QSG said: “The traditional approach would have been to put in a broadband line for each camera, but that comes with recurring costs for the fixed line rental, which can be quite high over time. We know from our everyday engagement with police forces, that they prefer capital investment over recurring costs, so finding a solution that wouldn’t incur ongoing charges was very much on our radar.”

In close co-operation with technology partner UK Broadband, QSG presented a unique solution that made use of special proprietary equipment to use wireless technology. Not only did Cleveland Police save on line rental, it would not incur any ongoing cost for the solution.

In total, 22 base stations were delivered along with 30 radio units to attach to the cameras. The problem: in order to protect camera locations, the equipment had to be deployed fast, securely and covertly – and not by QSG engineers but by the force itself. That meant equipment couldn’t be clunky or delicate.

To make the deployment as swift as possible, QSG integrated antennae, radio and lightning protection into compact radio units, equipped with specially designed bracketry for fast and easy installation.

Due to remote locations and fairly uncontrolled environments of the equipment in situ, QSG and the experts from UK Broadband also delivered the necessary network hardening, protecting units and all connections against intrusion.

Chris Cope from UK Broadband said: “The equipment was tested at Cleveland Police and we trained their staff on how to deploy it. We also had to do some fine-tuning on the configuration to make best use of the very limited spectrum available.”

Real-life conditions proved to be different from lab conditions, when the units in the field exhibited some performance issues.

Chris Cope: “Some early deployments were in close proximity to some of the mobile carriers’ equipment and were getting errors. After analysing the issues, we quickly installed some band pass filters to eradicate the problem. Just another example of how it’s sometimes necessary to field-test the solution to adapt it perfectly to a challenging habitat.”

The Head of Technical Surveillance for Cleveland Police summarised the project: “QSG and UK Broadband came to us with a relatively unique package. It allowed us to grasp an opportunity for cost savings while enabling us to put in a highly sophisticated infrastructure that supports the Force in its work every day. It was an innovative idea that reflects our ethos as an organisation, but it is also testament to the expert knowledge from QSG and UK Broadband which made it all happen.”

The tender process for the project began towards the end of 2012 and the solution went live in August 2013. 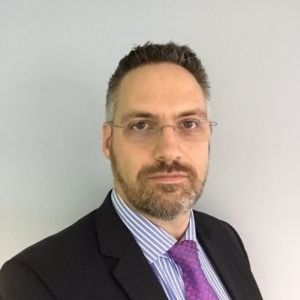