Hellendoorn Adventure Park uses cameras to ensure visitor safety on several of their major rides. When visitors violate safety regulations, park employees remind them over the loudspeaker system to comply with the safety regulations. Jan Harmsen, manager of the IT division, shares his experiences.

Safety of rides and play areas

The Hellendoorn Adventure Park developed from a teahouse built in 1936, which operated a terrace and playgrounds on Mount Hellendoorn. After several small additions, large, high and fast rides were built to meet the expectations of visitors at the time in the 1980s and 1990s. In recent years, the family-oriented amusement park was expanded with the addition of many impressive attractions, including the slide park Aquaventura, 11 slides, a ghost train ride, the Clown City show and a sea lion show.

The Hellendoorn Adventure Park was a family-run Dutch business until 1998. It is now owned by the French amusement park group Looping Group. The company operates eight family-oriented amusement parks in England, France, the Netherlands and Switzerland. “We have met the security standards according to the German safety norms for decades now, since there were simply no comparable standards in the Netherlands up until 20 years ago,” Harmsen explains. “It was only in late 1996 that the Dutch law for the safety of rides and play areas went into effect. We are gradually making the necessary adjustments to comply with this law. This includes the installation of cameras, which enable us to fulfill our legal obligation to always keep an eye on our visitors.”

The camera’s perspective in elaborate rides

The Hellendoorn Adventure Park developed an investment plan to install cameras in the hidden areas of elaborate rides in response to the abovementioned Dutch law. In other attractions, the operating personnel ensures that all visitors adhere to park regulations. “Again and again, people have attempted risky behaviour that puts their own security at risk in recent years,” Harmsen relates.

“For instance, they stand up in the tree trunk boats of our whitewater waterfall attraction. When they do so, there is a risk that they could fall out of the boats if they suddenly collide. Our employees can observe this type of behaviour on the cameras, enabling them to request the people concerned to sit down again. Our most important requirement for the purchase of cameras was that they are weatherproof. Most brands offer particularly heavy and expensive camera casings for this purpose. MOBOTIX impressed us as a positive exception at an electrical technology trade fair. Another important requirement for us is that the cameras require as little maintenance as possible. In our online research for a supplier, we found the company Innocam in Leiden. From the beginning, we had a good relationship with the company.”

We had also tried out analogue cameras in the Hellendoorn Adventure Park in the past. However, these often had technical difficulties, particularly after storms. “We were looking for high-quality digital cameras that no longer required video recorders,” says Harmsen. “IP cameras can also be powered via an Ethernet cable, which saves the considerable costs of installing electrical cables. This is a relevant factor due to the expansive size of our park.

"An additional advantage of MOBOTIX cameras is the “all-in-one” concept, along with their usability indoors and outdoors. All of the cameras are equipped with single or double lenses (daytime, nighttime or thermal images), internal processor, internal memory, standard sound technology and software. We do not use standard loudspeakers, since the noise level around our attractions is very high. Instead, we have installed different cameras and special loudspeakers for announcements in strategic places. During opening hours, all of the live images are continually monitored by our personnel in the control centre close to our attractions. We use the supplied video management software MxControlCenter.”

The Hellendoorn Adventure Park started installing the cameras in 2010. Installation took place in multiple phases. The first cameras were installed along the Sungai Kalimantan rapids. Later, the whitewater waterfall and the old-timer car motorway were also equipped with cameras. There are a total of 35 MOBOTIX cameras (the M12, M15 and M25, as well as several D15 models) in operation in these three attractions. At the time, we are considering the best setup for the monorail train. “We still work together with Innocam for installation due to the good partnership with the company,” Harmsen says. “Based on our experience in practice, I can say that the cameras always work smoothly despite wind and weather conditions. Up until now, we have not had a single camera that was defective, although the first series has now been in operation for five years. I would be happy if I could say this about all of the technical systems in operation in the park. In addition, the cameras are completely maintenance-free. We chose the cameras for operation in daylight only, but they also provide better images than expected in twilight conditions at our evening events. In recent years, our employees have had to regularly admonish visitors based on the camera images. Luckily, no serious accident has happened so far.” 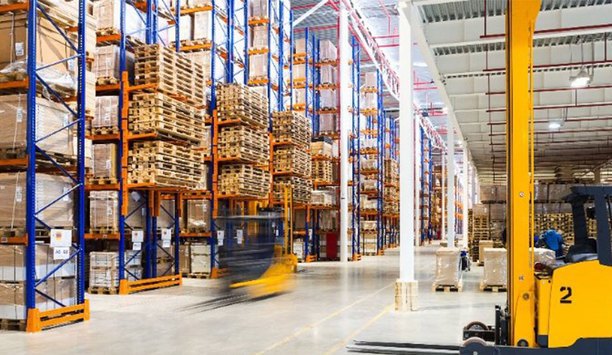